In the USA − a new stimulus package, in London − a new strain of COVID, in China − a new «blacklist» from the United States, in Brexit − another misunderstanding.  Getting ready for the holidays and global vaccination.

Let's start with the most significant event:

The leaders of the US Congress nevertheless decided that «better a lean peace than a fat victory» and formalized a compromise on a stimulus package ($900 billion) aimed at eliminating the consequences of the pandemic. Mutual claims were overcome by the closure of four Fed loan programs. Now the restart of the TALF program is only possible after the repeated permission of the Congress.

The fiscal stimulus package includes expanded unemployment benefits (+ $300 per week until March 2021), direct benefits ($600), small business assistance ($325 billion, of which $257 billion is to stabilize salaries) and costs for COVID testing. The package of measures does not include support for states and local authorities, and the problem of the legal protection of businesses from lawsuits due to coronavirus has not been resolved. However, the program involves indirect support in the form of assistance to social institutions, funding for the testing process, and so on. These factors should convince the remaining hesitant lawmakers ahead of the final vote.

Both houses of Congress are ready to support $ 1.4 trillion in government spending. Trump, who squandered his military arsenal in post-election trials, is ready to endorse all bills.

There are no other deadlines other than December 31, and (as of this morning) the Brexit agreement too. Barnier said yesterday that negotiations are continuing and there is still a chance for a compromise. Alas, what can't be cured, must be endured): British Minister Gove believes that in the absence of an agreement by the end of December, the EU and Britain may agree on a series of «mini-deals» that will help to significantly reduce the level of chaos from January 1, 2021.

The problem of «fish territory» remains the main destructive factor. The EU offers Britain 25% of the fish catch (against 18% earlier), London wants 60% (before it was 80%), that is, the range of misunderstanding is significant. Other issues, in particular the problem of subsidies, are also unresolved.

The leaders of the main parties of the European Parliament said that if the agreement is not within two days, then its ratification this year is impossible and it is time to start coordinating emergency measures with the Johnson government. Tory Eurosceptics also oppose the emergency(simplified) vote in the UK Parliament without scrutinizing the text of the agreement, as they justifiably fear being tricked again.

The BOE meeting was ignored by the market. The interest rate and parameters of the incentive program remain unchanged (£895 billion or $1.2 trillion). Bailey admitted a temporary increase in inflation with a sharp drop in the pound after Brexit without a trade.

The decision of the last meeting turned out to be quite aggressive. The Federal Reserve kept its regular QE volume at $120 billion, the composition of asset purchases also remained unchanged: it is acquired for $ 80 billion, T-bills with the same maturity period, and mortgage bonds for $ 40 billion. Control of the yield curve was again abandoned. Economic forecasts for inflation and GDP growth have been significantly revised upward, forecasts for unemployment rate U3 − downward. An increase in the rate − at a visible distance of six months − is not planned.

Powell traditionally declined to discuss any specific numbers and parameters. The Fed will not «tie» the QE program to financial conditions, but (potentially!) may start reducing monetary stimulus earlier than the ECB. We are waiting for the results of Powell's dialogue with Yellen (after her official appointment) to be convinced of the unchanged intentions of the FRS to abandon the monetization of government debt through the launch of the T-bills yield curve.

And some more news – briefly

No important comments are expected from FRS officials, and no information from the ECB is planned either. We remind you: early closing on Thursday, markets are closed on Friday − after all, Christmas, although not very fun. 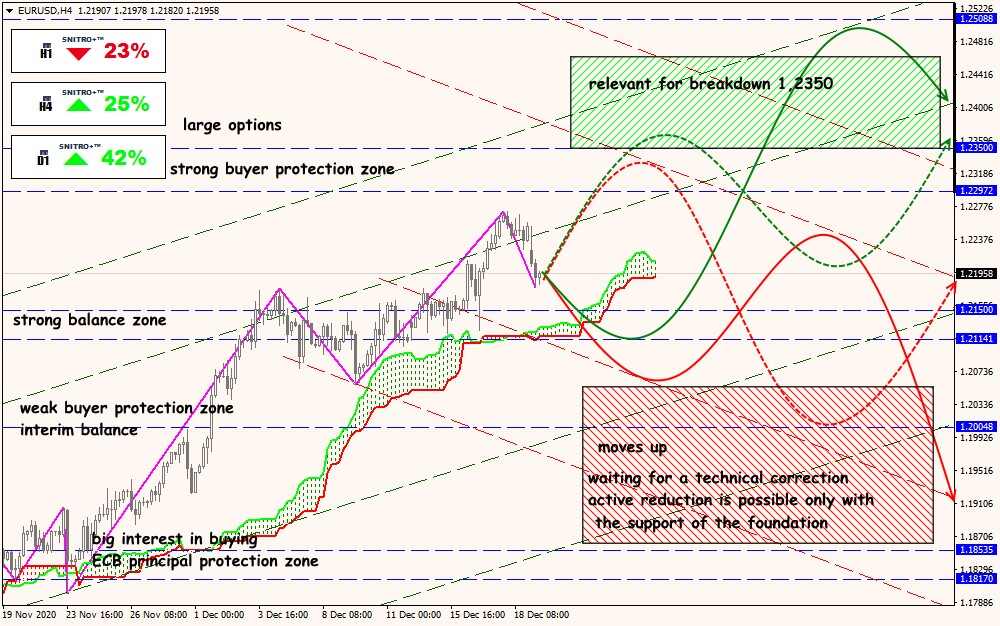 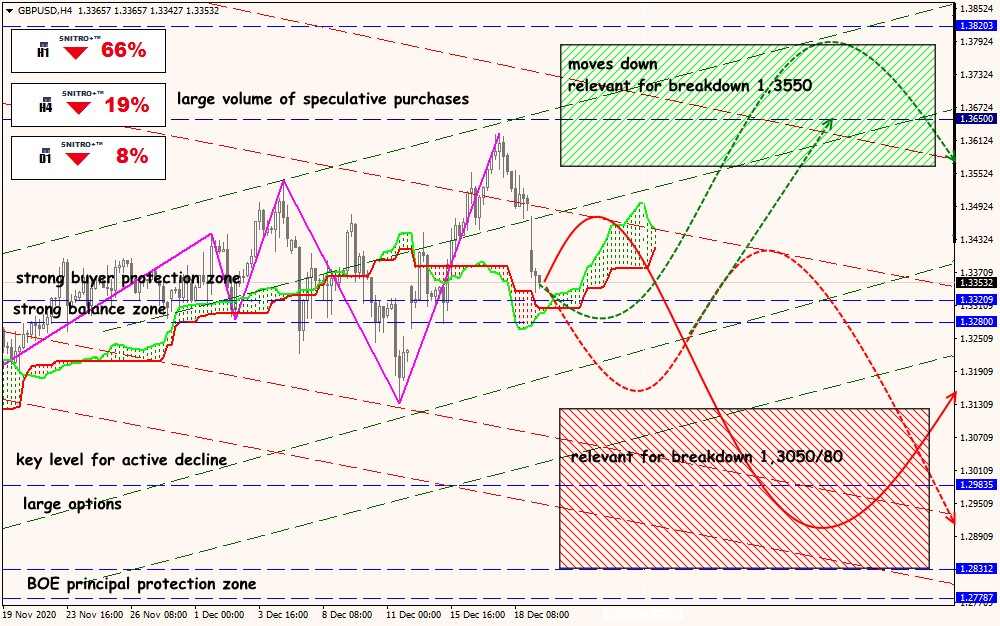 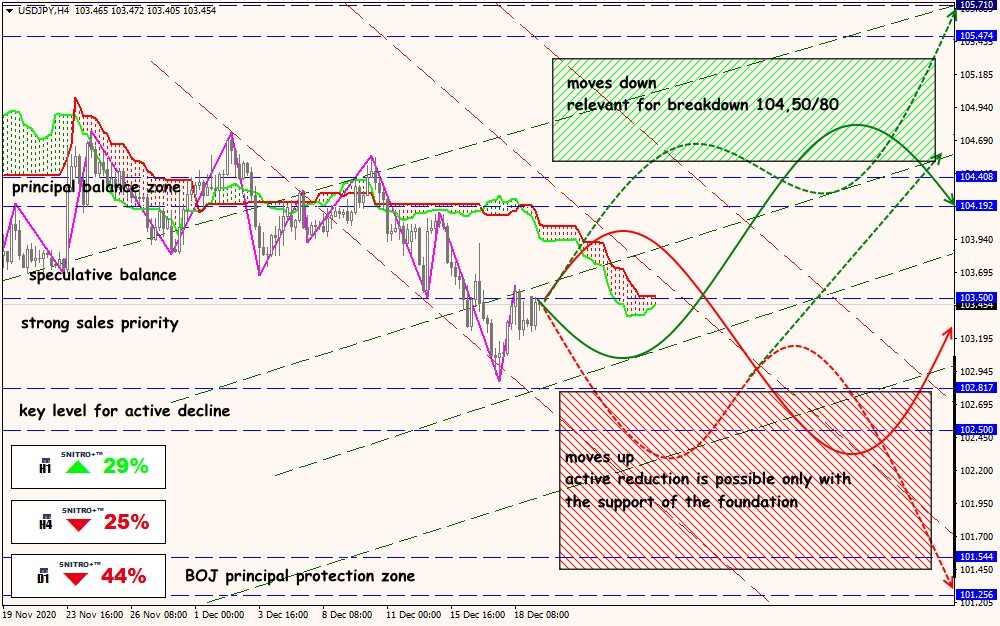 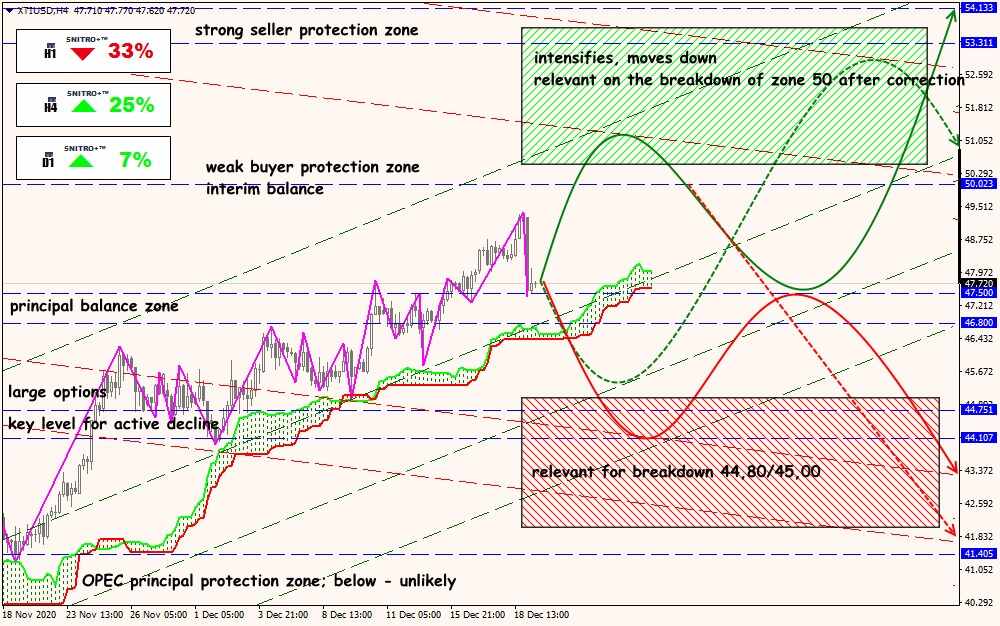