Who breaks, pays: the market in search of a compromise

The ECB is carefully aggressive; NFP has no credibility.

China promises much, but guarantees nothing. Sufferings on Brexit remain in the center of attention.

The ECB decided not to wait for Draghi's successor, but all key solutions of the euro regulatory were worse than market expectations:

By this decision Draghi evened the score with FRS after the return somersaults of Powell, a further scenario depends on new economic data.

Details of TLTROs-3 will be announced prior to a June meeting, but it is already clear that the interests of Germany and France will be in a priority. Time of the beginning of TLTROs-3 is connected with eternal debtors of the EU – Italy and Spain. Anyway, banks have to repay the old loans, and those who violated rules of target crediting have to pay penalties. The decision on a ceiling of loan will be made after a dialogue of the government of Italy with European Commission (on the adjustment of the budget) and also parliamentary elections of Spain on 28 April. The scenario of the second season of Brexit series depends on a vote regarding May's agreement on 12 March.

In the case of ratification (it is extremely improbable!):

There is a chance of ratification of the agreement so far as eurosceptics of the Tory are ready to support May if she resigns after registration, and the further auction will conduct anti-Europe adjusted figures.

Negotiations on the Irish border continue: London plans to create three consultative groups for development of mechanisms of preservation of the Irish border opened after 2021. In particular, ₤20 million budget money for testing of technologies of control over goods is promised. But it is already obvious that the EU is not ready to considerable correction of the positions and discussion of such programs without documentary formation of Brexit is senseless.

The option of extension of Article 50 for the term of more than 4 months will keep a long chance on holding a repeated referendum. There is an insider that May can refuse to a vote on an exit without an agreement to leave tool for blackmail of the EU in the subsequent negotiations. But if Britain does not take part in elections to the European Parliament at the end of May, it will be forced to leave the EU at the beginning of July with the agreement or without it.

Tomorrow, in addition to the vote on Brexit, the balance of trade balance of Great Britain and industrial productions data for January are published. On Wednesday the Ministry of Finance of Britain planned to announce the draft budget, but if the failure vote, the decision on new fiscal incentives can be postponed until fall.

The meeting of the European Commissioner for trade Malmstrom and the US Trade Representative Lighthizer ended neutrally, that is − with nothing. Malmstrom expressed disappointment with a trade position of the USA, but at the same time suggested to discuss the reduction of duties for industrial goods instead of the sphere of agricultural products, more sensitive for the EU.

The deadline on increase in duties on import of a car will come in the middle of May, but for now, the EU obviously tries to play for time before elections to the European Parliament. The European Commission will issue the mandate on conducting trade negotiations from the EU at the summit on March 21-22, the next round of negotiations is planned for April and increase in duties of the USA for import of a car of the EU during this time period is improbable.

February NFP left contradictory, the reaction of the market turned out weak. The main minus – sharp decrease quantity of new jobs that is theoretically connected with weather conditions. But before the publication of the report for March, you should not draw final conclusions. The positive – the active growth of salaries and a decrease in the unemployment rate means normalization of the general situation in the labor market. In FRS there came «the silence period» before a meeting on 20 March, but today Powell plans to act in the company of Yellen and Bernanke.

Daily mantras of Trump about progress in negotiations with China did not conjure even approximate date of signing of the real trade agreement, or at least the memorandum of intentions. Xi Jinping does not agree to a personal meeting in Mar-a-Lago residence − before final coordination of key questions. Nevertheless, the meeting of leaders, after all, is expected in the nearest future, and Trump needs it much more − progress of the USA in negotiations with the DPRK is impossible without the aid of China.

Experts of Brookings Institution consider that indicators of GDP of China are artificially overestimated, the economy in general looks 12% weaker than official data, and growth rates over the last 5 years, at least, on 2 percentage points were lower than stated. China on Thursday will give the next portion of data on retails and industrial production – strong correction with the previous figures is possible. Fans of raw assets wait for monthly reports of OPEC and MEA on the oil market and also the decision of BOJ on monetary policy.

Regarding the Eurozone, we pay attention to inflation of the prices of consumers for February, regarding the USA – to inflation of the prices of consumers and retails. Today Trump will submit the draft budget for 2020 financial year and will open the debate on a limit of national debt and regulation of expenses of the USA. By the way, the president plans to demand from Congress to include the next «additional» $8.6 billion for the «Mexican» wall in budget. According to analysts, the total cost of the Wall with necessary protective communications can be $70 billion, but Trump obviously plans to complete the construction prior to beginning of following electoral company. A fight with democrats is necessary serious.

We do not forget to consider time conversion in the USA on summertime. 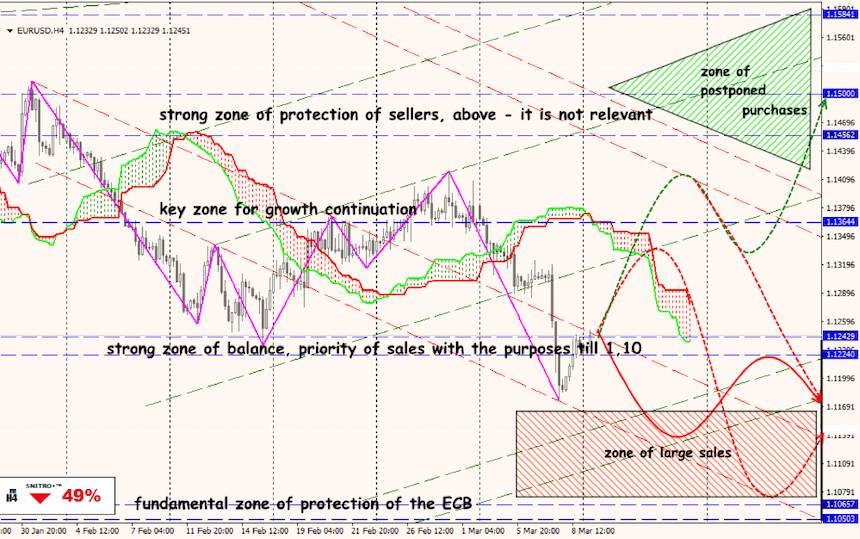 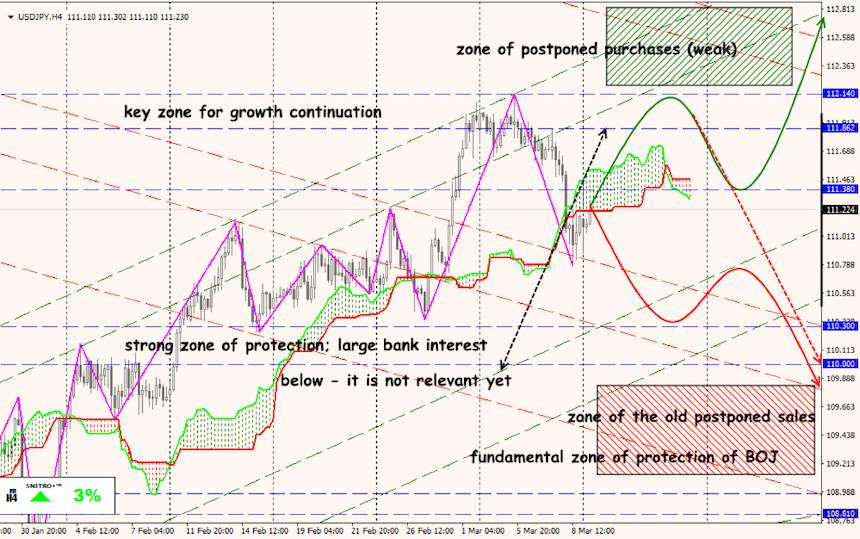