Time to take risks or stop sitting in ambush!

Another collapse of the S&P500 COVID-19 «works» for Trump; ECB ready to scare markets; China threatens to sell US debt. The dangerous market continues to accelerate.

The S & P500 plunged 3.5% amid a collapse in tech stocks: Apple declined 6.6%, Tesla declined 7.7%, Nvidia declined 9.3%, and Dow Jones lost 0.56%. These problems have not yet caused significant volatility in related markets, with the exception of active oil futures: on Friday, WTI and Brent lost more than 3%.

Today is a day off in the US markets, so we can safely analyze the main key points.

NFP for August came out confidently strong. It's main positive is the drop in unemployment rates, the growth of jobs also turned out to be higher than the forecast. The strong performance diminishes the likelihood of new monetary stimulus from FED at the September 16 meeting, although the levels of the US stock market will undoubtedly put pressure on the discussion process.

Powell said in an interview that, despite the growth of jobs, about 11 million Americans have not yet returned to work, FED is not ready to relax its vigilance and rates will remain low. The attempt to calm the stock markets was unsuccessful.

Two days before the global stock market crash, former PIMCO chief Mohammed El-Erian warned that stock prices were out of line with the real economy and could fall another 10% amid slowing economic growth and an increase in corporate bankruptcies. Moreover, the US Congress has not agreed on a new stimulus package, and the recovery in consumer spending is slowing down.

Growth in US private sector savings could support the dollar. The anti-crisis measures of financial assistance cost the US federal budget dearly, and its deficit could exceed $ 3 trillion this year, predicts the Congressional Budget Office (CBO).

The fight for the White House is heating up. Options linked to the VIX are preparing for dire consequences for financial markets. The S & P500 is expected to move by at least 3.5-5% on presidential election day.

The closer November is, the more aggressive the confrontation with China becomes. Beijing announced that it would gradually sell 20% of its US Treasuries, and in case of aggravation of relations, for example, a military conflict, it could get rid of such securities completely, which would be another blow to the dollar. For 6 months of 2020, the volume of such sales amounted to about $106 billion, and the total volume of the US government debt owned by the Celestial Empire decreased by 3.4%.

There is no obvious profit from the trade war, the decrease in the trade imbalance is very weak, and none of the large companies returned to the United States. But Trump will never admit. that the conflict with the Asian monster has reduced the quality of life of the average American.

All 50 states of the country have received instructions from the US Department of Health to vaccinate against COVID-2019 «certain categories of the population.» The procedure must take place on November 1 − two days before the vote. As a reminder, none of the three vaccines under development has passed all the necessary clinical trials; side effects from such a drug may appear over time. In fact, 190 thousand Americans who died from the pandemic became the last factor of pre-election blackmail for Donald, and the incumbent does not hear moral and ethic arguments.

The market continues to ignore British statistics, only information about the BOE monetary policy is of interest. Bailey said again that there will be no negative rates, but there is little doubt about the topic of a new expansion of the quantitative stimulus program.

London faces a crucial round of negotiations on a trade agreement with the EU, but both sides have already expressed doubts about making progress. Frost said that the British government maintains its position in the framework of informal preliminary negotiations. The EU also left Barnier's mandate unchanged. Johnson invited the EU to change its approach and negotiate at the level of EU leaders during the summit on September 21; Alas, EU President Michel officially rejected this strange idea, since the main issues of the meeting will be the problems of economic recovery after the pandemic and a trade agreement with China.

The deadline for a post-Brexit trade will come at the end of October, and a sharp reaction from the pound to the outcome of the current negotiation session should be expected.

The key point of the week will be ECB meeting. Media insiders about the negative impact of the strong euro exchange rate on economic growth and inflation in the Eurozone, as well as interviews with anonymous ECB members about the too expensive euro, led to the closure of large long positions in EUR/USD. Is the regulator ready to confirm its verbal interventions against the growth of the euro with real actions? Alas, the Central Bank's military arsenal is rather weak.

The idea of negative rates loses its meaning after the banks' reserves are freed from them; QE or PEPP program can be increased, but at the current stage this method is ineffective. ECB may announce a transition to targeting basic «average» inflation, which practically guarantees the stability of the rate in the next 10 years. At the same time, ECB may raise rates for banks through the reserve multiplier but officially keep the key rates.

Pay attention to new economic forecasts, especially on GDP growth and inflation; We remind you that the June forecasts were revised towards the negative.

We listen carefully to Lagarde − if she declares that ...

However, Lady Christine will find it difficult to turn the euro down due to a split within the ECB and a lack of professionalism in financial discussions.

This week, we draw attention to the US statistics on consumer price inflation and weekly jobless claims − rising inflation may lead to another sale of US stock assets. For the Eurozone, no economic reports capable of actively influencing market dynamics are expected. On Friday, Britain will publish a block of statistics with data on GDP, but the pound will only react to the outcome of the Brexit negotiations.

In addition to the official press conference, Lagarde plans to make a statement on Thursday evening at 20.00 Moscow time. On Friday, it is worth listening to the statement of the head of the Bundesbank, Weidmann − he, as a rule, as an alternative, but reasoned view of the situation. 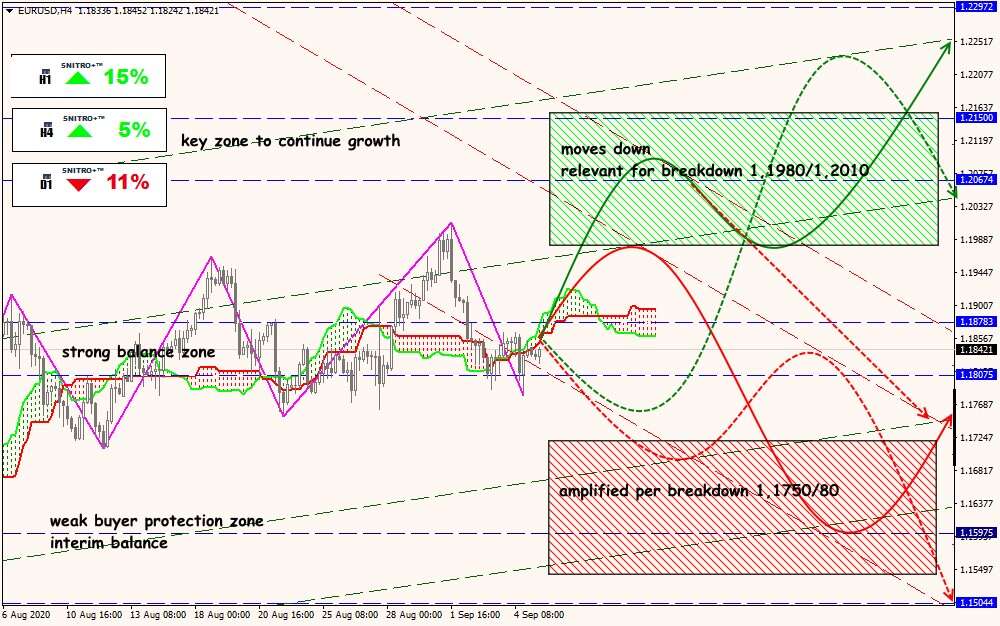 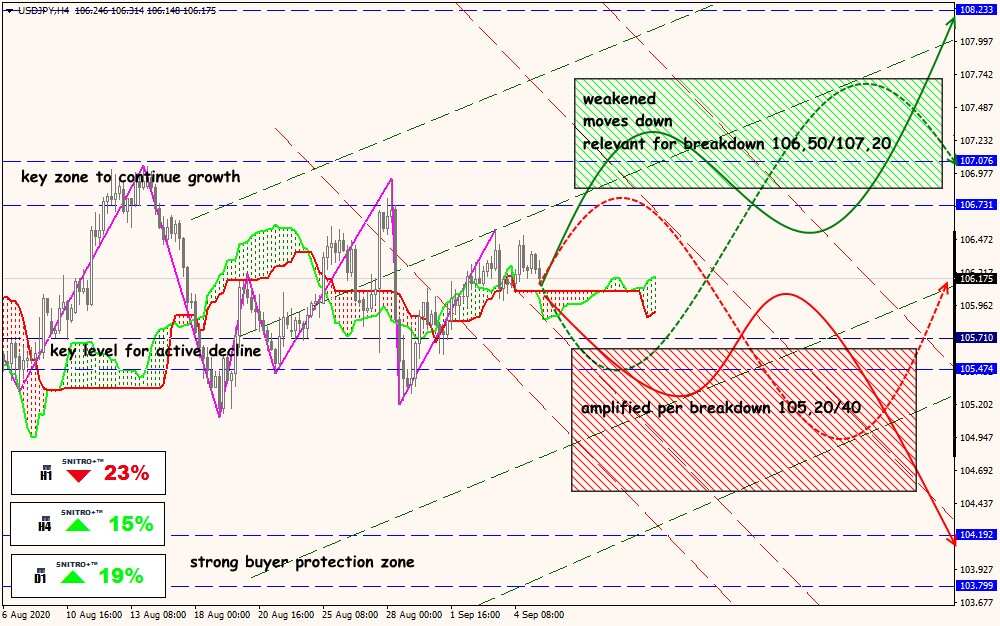 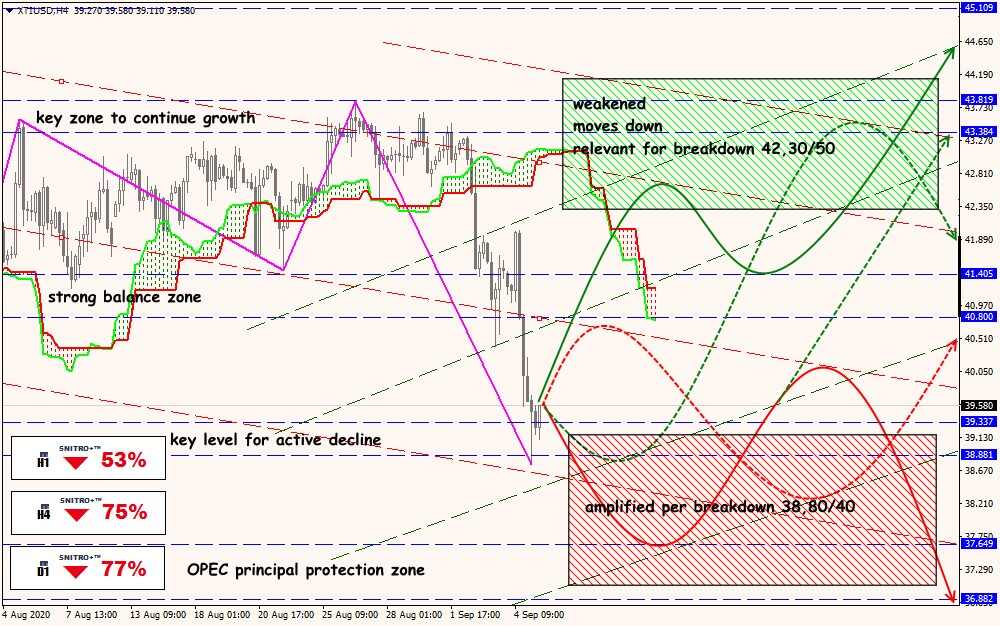