The market of lost hopes

Any of processes of trade negotiations hasn't shown progress. Last week would be absolutely boring if not $22 million the defendant Manafort. The ECB and Drags haven't given the markets new information. Optimism concerning inflation growth, generally – thanks to growth of salaries remains, protectionism of the USA remains the main risk for economy; forecasts are corrected slightly. Increase in a rate of the ECB isn't expected till March, 2020. On a question of Italy Draghi has said that the mandate of the ECB is price stability, but not monetization of a national debt of the countries of the Eurozone so evroqe after all finishes until the end of the year. Growth of euro on Thursday has been provoked by the decision of the Central Bank of Turkey and delay of growth of inflation in the USA.

In war of Italy for the budget with deficiency, to the corresponding rules of the EU (it is lower than 3%.), the first victims are outlined. If Tria keeps the post, and the budget deficit will coincide with his promises in the range of 1,5%-1,8%, then euro will receive a powerful incentive to growth; while his resignation will lead to steep decline of euro for 1,5-2 figures. However the current draft budget offers financing only of 40% of the minimum income of citizens: the new conflict «helps» Salvini who actively upgrades the rating due to fight against immigrants. – on September 27, but if resignation of the Minister of Finance is, but her it is logical to sound a project term in parliament current week.

The program of the upcoming September 20 summit of EU leaders has two main themes: the already familiar Brexit and the development of a new strategy in trade negotiations with the United States. Barnier's optimistic statements led to purchases of British assets, but the optimism of markets is excessive and the basic positions of EU leaders towards Britain are unchanged.

EC began to review the protocol on the Irish border just to make it politically more acceptable to the UK. The fate of the Prime Minister depends on the concessions of the EU: if May does not return from the summit with a victory, then by the end of the year one should expect the resignation of the government and early elections to parliament. For the current prime minister, the chances of losing the post of party leader at the October conference of the Conservative Party are very high, and Johnson's candidacy for Europe does not suit. At the same time, London is preparing a second batch of consultative documents prepared in case of failure of negotiations.

Further the main events – it is short:

People from the Federal Reserve go into the «silence» regime before the September 25-26 meeting. Draghi will speak on Tuesday and Wednesday, but the themes of performances are far from monetary policy. To date, the ECB does not consider it necessary to adjust the market reaction.

This week, pay attention to the production index of the Federal Reserve Bank of Philadelphia, construction reports, PMI of industry and services in the US; for Eurozone − a report on inflation in September (the revision of core inflation is not excluded) and PMI of industry and services. Interesting topic Brexit it makes sense to heed the British reports on inflation and the volume of retail sales. BOJ will announce a decision on the interest rate; the beginning of US trade talks is scheduled for September 21. 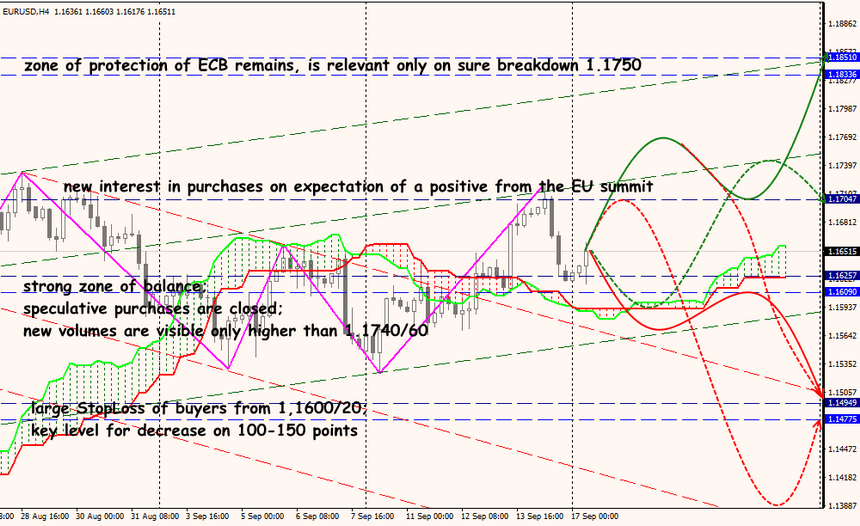 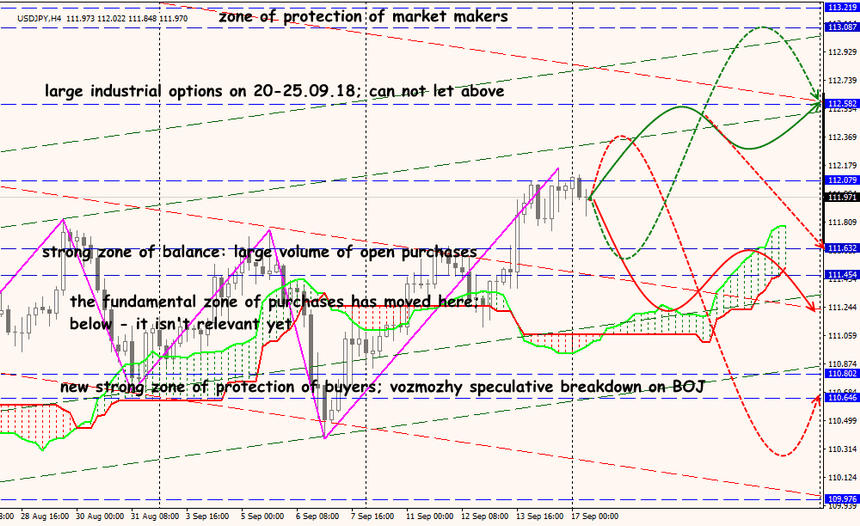