The market is actively ill: there is no immunity to risk yet

The negative from the epidemic is scarier than trade wars; OPEC is trying to get rid of stocks; Germany opened the election season, and Britain does retain the Asian colour in government.

The January 29 document is hopelessly outdated even for analysts. The impact of the epidemic on the US economy could not be assessed before the release of statistics for February, and Powell’s position on the FRS's balance sheet was set out at a January press conference and a congressional hearing.

The FRS will continue to buy US treasuries up to returning to highs of $4.5 trillion., but the pace of monthly purchases is set to decline after April. A substantial reaction to the publication is unlikely, although having a difference in Powell's views with other FRS members may be interesting.

The elimination of the threat of higher US duties on EU auto exports will lead to a strong growth of the euro, but it is difficult to assess when it will be.While the process is in the stage of consultation of technical groups. At the moment, Trump has refused to meet with European Commission President von der Leien until the agreement is not ready even in general terms. The announcement of the meeting date will signal a reversal of the euro. The US decision to raise duties on Airbus aircraft from March 18 to 15% compared to 10% previously could be both a planned decision due to the WTO verdict and a sign of problems in trade negotiations.

Johnson's excessive ambitions actively slow down the process. The prime minister decided that ghost agreements with the US and Japan would make the EU more cooperative, but not ready to meet Trump himself after the scandal with the 5G Huawei network's plans. The analysis shows that even with Britain's most «profitable» trade deals with the whole world, Britain's GDP will grow by only 0.5%, but will lose at least 2.0-2.5% when it breaks with the EU.

The pound rose on the resignation of the Chancellor of the Exchequer due to total disagreements with Johnson, and all basic employees were fired personally by the prime minister. Rishi Sunak became the new head: analysts consider this fact to be a complete reparenting of financial control over the Treasury directly to Johnson. This week is rich in British forecasts − labour market report, inflation report, retail sales − we study everything carefully.

The time of the matriarchate in German politics is over. The migrant influx crisis, political weakness with the US, the economic downturn in the eurozone have led Merkel's party to lose out in local elections, and its popularity is critically low. Failed ratings and elections in Thuringia, and the absence of a single candidate able to unite the party along with the resignation of Annegret Kramp-Karrenbauer, could lead to early national elections. Alas, the prospects of Merkel's supporters are extremely negative this way. Especially since the loss of the post of ECB head led Lagarde to allow himself to make decisions almost without Germany's participation.

Merkel's persistent reluctance to launch fiscal incentives not only reduces the rating of German conservatives and gives new chances to neo-Nazis, but also forces the ECB to cut rates. As a result, the dissatisfaction of burgers used to receive a stable income from bank deposits. The government has been discussing launching fiscal incentives for months, but now changing the CDU party leader could delay action for political reasons.

Consultations with candidates will begin this week, and the main critic of Merkel's policy, Friedrich Merz,is categorically unacceptable for ECB figures.

The euro looks most affected by the virus among the currencies outside the yuan. Industrial growth in key Eurozone countries was revised downward in December, and now the epidemic will also slow exports. Although GDP figures in Germany and the EU are preliminary, that is, they may not be so weak in the end, the tendency of the European economy to slow down is still visible to the naked eye. Now the word is for Lagarde, which suggests stretching «structural changes» to the end of the year. The situation is complicated by the EU's threat to shut down the financial services sector for Britain after the end of the transition period. The process of moving the capital from the Eurozone to Britain has been launched, not to mention the possible demands of British banks to return loans by Eurozone companies.

Donnie is ready to announce the launch of large-scale fiscal incentives if re-elected to a second term. Naturally, with full control of both houses of Congress. The lure is a 10% tax cut for the middle class, additional permanent tax cuts for businesses and stock purchase tax benefits have already been launched into the masses, and the future beyond the term of office is not interesting for the incumbent president.

There is a newer topic for policy discussions: the American Chamber of Commerce believes that impeachment proceedings have been left behind, and U.S. lawmakers can now revisit the DASKA (On Protecting American Security from Kremlin Aggression) and DETER (On Curbing Foreign Interference in U.S. Elections) bills. If the process steps up, Trump will have to respond realistically, tweeting will clearly not be enough.

Asian stocks are set for a cautious start to the week. The positive from the trade truce is practically buried by the coronavirus to the US presidential election, the sharp increase in the number of infected after the change in the method of counting turned out to be the last drop. China's decline in exports will affect the economies of many countries around the world, both through falling exports and supply chain disruption. We are waiting for a reaction to the oil.

Today is a day off in the United States to celebrate President's Day. The main statistics of the current week will be:

The FRS will continue in silence. The ECB will hold an interim meeting on Wednesday, followed by a traditional insider. The minutes of the ECB meeting will be published on Thursday, but there is unlikely to be anything new there. On the weekend Lagarde will take part in the meeting of the G20 Ministers of Finance and the Central Banks, comments are possible. 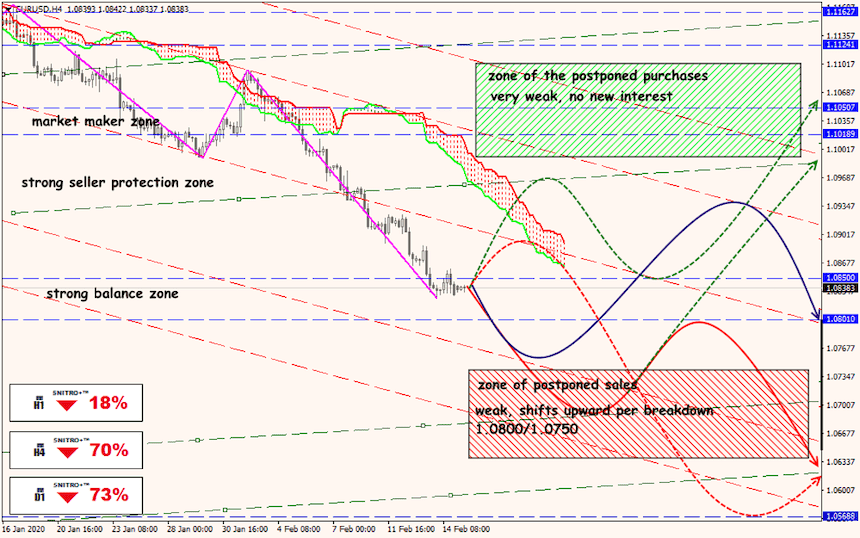 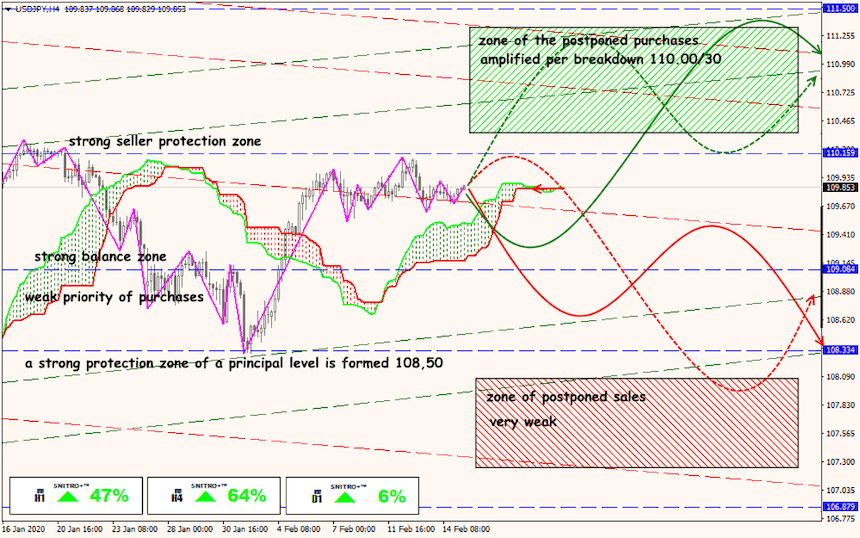