The Grand Prix is near already: the last chances of the outgoing year

This week is over-saturated with fundamental events and can significantly adjust the closing levels of the year, and political stars will finally distribute the place on the pedestal.

The November NFP is surely strong, the growth of jobs by 307К even after the end of the General Motors strike confirms the correctness of the FRS 's policy of «patience». The report caused fixing of positions of speculators on dollar shorts though influence of these statistics will be short-term: the markets do not expect the decrease in the rate of FRS in the near future. The dollar has been nervous but has already returned to its usual levels.

Next, we look at the calendar:

The US economy is still growing and the FRS may quietly pause, although there is no reason for long-term optimism: inflation is slowing and the industry sector is falling actively. If Trump forms a truce with China before the election, the US industry sector will resume growth, but until then the prospects for consumer demand are extremely negative. If Donnie continues to be capricious, the stock market will collapse once more along with the economy and the FRS will be forced to move to a full cycle of decline.

As long as the FRS buys $60 billion in US STOs monthly, markets will forgive it for any ideas on rate cuts. For the dollar to respond with a fall, 6-7 «points» are needed for a rate cut in 2020, which is unlikely. Pawell will not traditionally take risks in his controversy. Any reaction to more hawkish forecasts will be short-term.

Opponents have already declared all cards. Johnson cynically used the tragedy on London Bridge in the fight against Labour, Corbyn openly accusing the Prime Minister of lying. While Johnson played football and promised to invest £550 million in the sport, Corbyn drank coffee with Welsh Labour Party leaders, Liberal Joe Swinson played tennis at Shinfield, and Nigel Farage carried out a small enterprise voyage at Sedgefield.

Everyone is tired of Brexit uncertainty, so the election result will give a reaction in all markets, but the assets of Britain and the Eurozone will be the most affected. A Tory victory would guarantee, if not a ready agreement with the EU, at least the cancellation of the divorce without a trade deal and the chance of a declaration on the future relationship being drawn up before January 31.

The first exit polls will appear approximately in 23.00CET, the first official data - not earlier than 3.00CET. We do not forget: preliminary polls and exit polls were catastrophic wrong both in the referendum of 2016 and in the early elections a year later. The pound is obviously over-bought counting on a positive (for Brexit) result of elections, but speculative growth together with euro is guaranteed.

There is no need to change ECB policy, September 's incentives package remains in place, and changes in the ECB 's accompanying statement are unlikely. We are waiting for Lagarde 's first press conference as head of the ECB.

ECB policy has hit the bottom, and negative rates are clearly damaging the Eurozone financial system. There may be a change in the inflation target, but there will be no fundamental policy change. Most likely, the main rule of the ECB lady will be the desire not to promise much and to act within minimum limits. If Lagarde declares that the ECB will consider waivers of limits/the possibility of deviation from the capital key - the euro will be under downward pressure. Any positive comments on the outlook for the EU economy will support the bulls.

Merkel 's junior partner, the SDP party, voted against an immediate withdrawal from the ruling coalition but demanded talks with the CDU/CSU bloc to launch a fiscal stimulus package, threatening to break existing commitments immediately if refused. CDU party leader Annegret Kramp-Karrenbauer tried to threaten but made hints of possible political compromises after talking to a friend chancellor. Active consultations are ongoing; The hard refusal of the CDU/CSU could actually lead to the cancellation of the coalition, while at least partial satisfaction of the SDP party 's demands would give the euro a strong upward impetus.

Trump 's latest unwise escapade at a NATO leaders summit that he has no deadline to strike a deal and is willing to wait until the 2020 election has frankly pleased Xi Jinping, and given Beijing confidence in waiting for «the corpse of its enemy on the banks of the river.»

China 's trade balance came below forecast, exports collapsed, but rising imports will support risk appetite at the opening of the week. In addition, Beijing could traditionally support its financial markets with hidden private infusions on the eve of a key date.

On Friday Cadlow said that the United States and China are holding round-the-clock talks and are close to concluding a «phase one» agreement. Markets will wait with tension for the outcome, but in real terms these duties are not needed by either side. Regardless of the situation before the deadline, it is unlikely that Trump will raise duties once again.

And a little more news - briefly:

Main statistics of the current week:

Both the ECB and FRS are in silence; at a new negative from the Chinese front or overreaction of the market to forecasts of FRS it is possible to expect soothing therapy from figures of the USA, but not earlier than Thursday. The euro will receive an incentive to grow in the event of progress on German and Chinese negotiations, as well as any information about the launch of a fiscal stimulus package. Let 's see if Draghi 's tradition of issuing a portion of an insider from the ECB immediately after the meeting is respected. 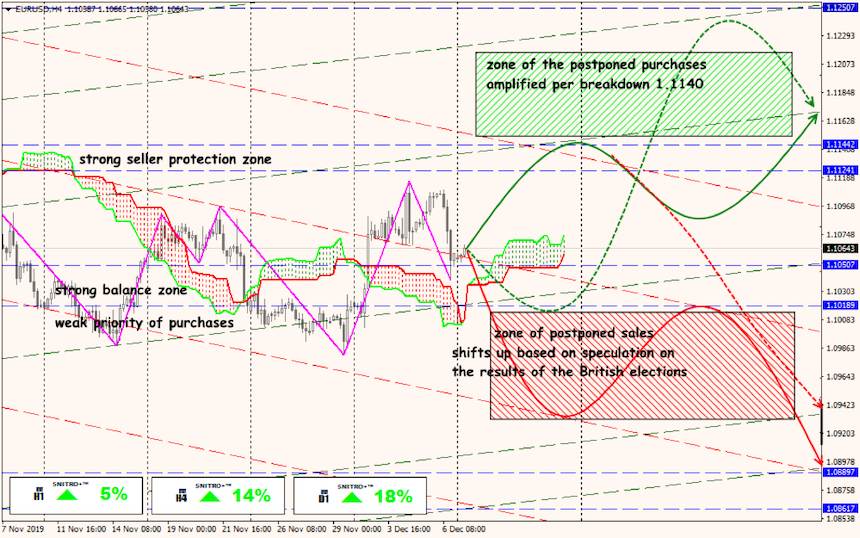 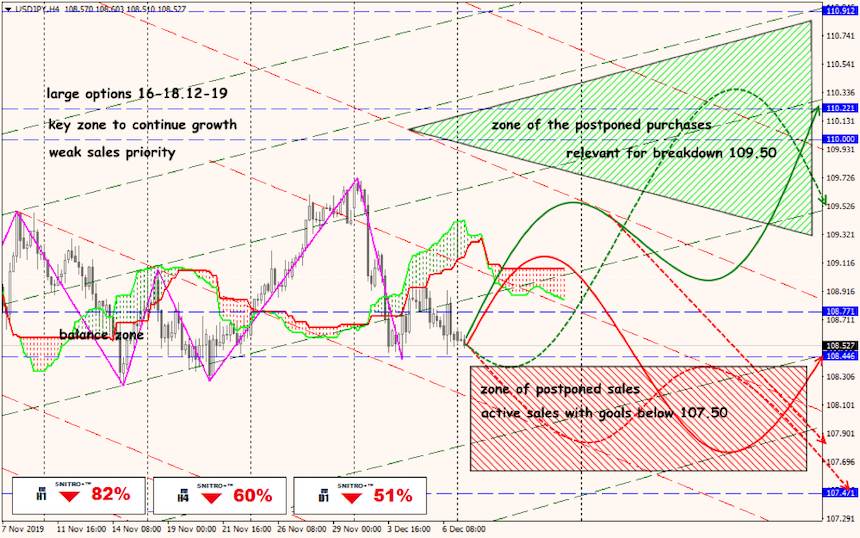 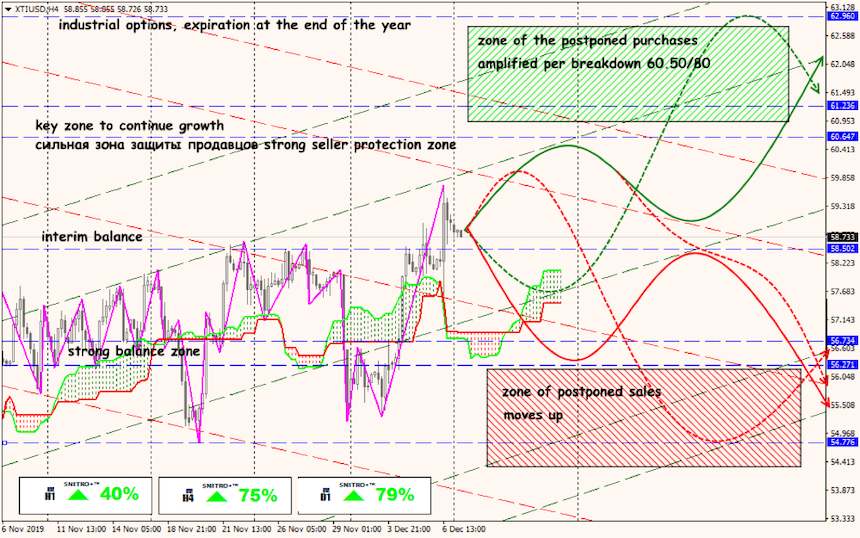