«The English chaos» dominates: who`s fault and what to do?

The next failure of the vote on Brexit is still compensated by information positive from negotiations of the USA-China.

The current week promises to be active and productive.

The promise of the resignation of May did not help: the British parliament for the third time voted against the European Brexit option though this time the government lost by 58 voices against devastating 230 in the first round.

Tusk convened the emergency summit of leaders of the EU on 10 April, having noted almost 100% chance of an exit of Britain from the EU without an agreement. Any new concessions are improbable, and only political auction with Brussels is not appropriate. On 12 April London has to notify the EU on the final decision, there are only two options:

Analysts wait for either a victory of parliament with a softer version of the agreement or support of the agreement of May with a lot of the unacceptable for her (and the EU!) conditions. But anyway as a result of any unforeseen «circumstances» an exit of Britain from the EU without agreement is not excluded.

We wait for the increased volatility of pound. A negative succession of events (for Brexit + May) will lead to the fact that all supports will be punched, and the eurodollar should be looked for in a zone of the 1.07th figure. Postponement of the date of an exit to long term or (!) ratifications of the agreement of Britain and the EU guarantees growth of pound together with euro. Any economic data will be considered by the market only after the elimination of uncertainty on the Brexit.

The next trick of Trump with Moore's nomination in the board of governors of FRS caused shock even in the figures uninvolved in monetary policy. Moore openly called for Powell's resignation after December increase in a rate and considers that FRS has to lower immediately rates on 0.50 and pass to a policy of targeting of prices of oil with the dollar exchange rate. It is improbable that the Senate will approve Moore, but Trump obviously intensifies the attempts to develop the policy of FRS by means of new appointments.

There is obvious progress in a trade war between the USA and China – Beijing is ready to discuss the refusal of obligatory «certification» which in the USA is considered to usual theft of information and technologies. Also «understanding» in the protection of intellectual property rights and the refusal of computer diversions is reached. There are still no signed documents. But at the successful completion of trade discussions during the visit of the Deputy Prime Minister of China Liu to Washington (on 3 April) it is worth expecting the statement for the date of a meeting of Trump and Xi Jinping that will become a signal for the growth of appetite to risk.

You should pay special attention to March NFP after the failure report for February though it is already clear that FRS will not change the current policy anyway. Risks of recession and new crisis are considered as key for investors, therefore, the main reaction will be on the number of new jobs.

The number of new jobs above the forecast will cause the growth of the dollar in the first reaction, but it is necessary to pay attention to the growth of salaries and unemployment rates. If NFP point to risk of overheating of the economy, then the reaction can be strong, but short-term. Too negative data will strengthen panic but they will buy a dollar all the same on falling. We pay attention to the rhetoric of members of FRS after the publication of NFP.

In addition to NFP, the current week we pay attention: 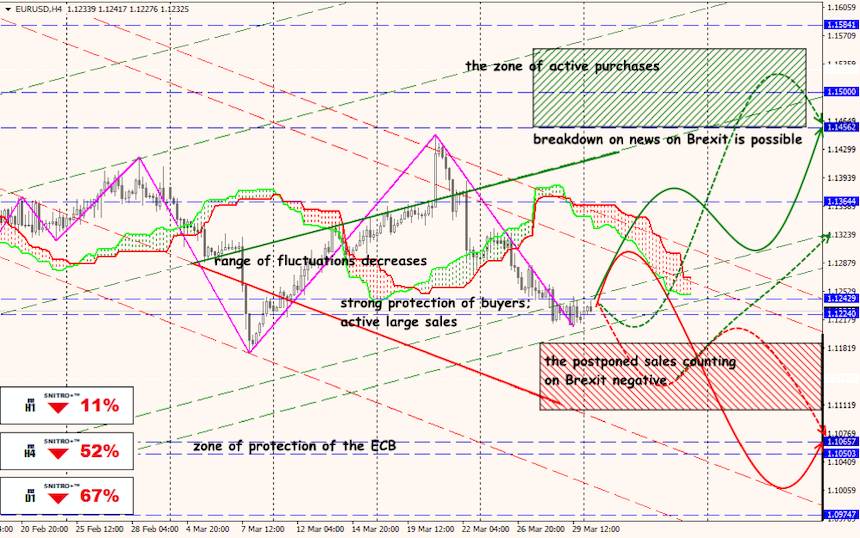 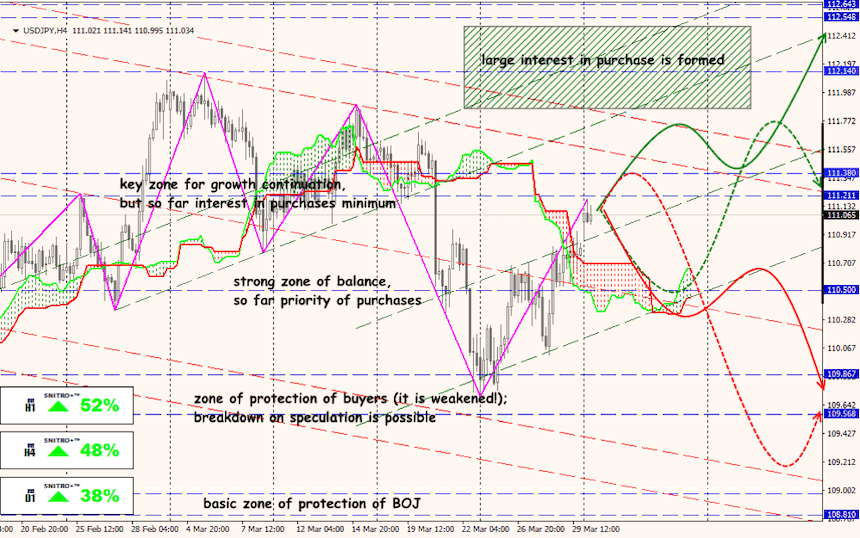