The dollar is also sick: it is worth changing doctor

All critical points of the year have been passed, major players have turned down positions, but the fundamental background remains too active. Politicians and analysts are trying to force a thin market to adjust prices for a more convenient start to the dollar next year.

Alas, in 2019 the dollar lost such trumps as the FRS's aggressive monetary restriction, but the weakness of rival currencies, the reduction of foreign trade deficits, and the S&P 500 rally did allow it to feel confident. The American show «Impeachment» is developing in a depressive scenario: Democrats have brought the procedure to the Senate, but they are not in a hurry to pass the baton, trying to lower Trump’s political ratings as much as possible. The search for compromising information continues. Delaying the process is not beneficial for the President, but negotiations with China to compensate for the current negativity are not enough. The U.S. Senate voted two spending bills for the fiscal year 2020 that would provide $1.4 trillion to fund the government through September 2020.

The Obamacare program is in limbo again: the Federal Court of Appeals found a key part of the original law unconstitutional, but then returned the case to a judge who closed the case a year ago. A final decision probably won’t be made until the 2020 election.

The House of Representatives approved the US-Canada-Mexico trade deal (USMCA), but the Senate will not consider the agreement until the impeachment process is complete. The issue could remain in limbo until autumn.

The young reformers of British monetary policy were defeated: 60-year-old Andrew Bailey appointed as the head of the BOE, known for his conservative pedantry and full support for the policies of the new Prime Minister.

A fresh British parliament has ratified Johnson's draft, according to which Brexit is expected next month. House of Commons committees will examine the bill in the first week of January. The government has included amendments for the transition period, which will expire in December 2020. There is no extension of this period, the current version of the agreement does not provide for the leading role of Parliament in the process of trade negotiations with the EU.

Trade experts do not believe a full-fledged trade deal will be struck in less than a year, meaning that the UK could by default abandon an agreement with the EU in favour of WTO rules. In fact, this is the same «hard» scenario, only without the right to cancel. The pound has worked out all speculative growth, but there are no fresh volumes to buy yet.

China’s central bank has again added Ұ280 billion ($40 billion) in liquidity to its banks − a maximum since the beginning of the year. It is stated that the US and China will officially sign the «first phase» agreement in early January. Mnuchin said that the document is fully drafted, the Chinese side is familiar and the basic language will not change. However, the publicized truce begins to be «refined» by pessimistic details; informal sources believe that the parties have many serious issues and differences to resolve.

So far, Beijing does not officially confirm any paragraph of the agreement apart from agreeing to increase imports of goods from the States to $200 billion. Trump’s claims that Asians have already started large purchases of agricultural products do not clarify the details: another batch of soy was bought in a planned manner or «within the framework of the first phase agreement».

Overall, China, along with its regional defaults and pre-holiday cash crisis, lost its market focus, at least until its annual GDP statistics were published.

The BOJ has maintained its basic parameters and does not plan to tighten incentives even in a highly uncertain global environment. The central bank has finally «noticed» a negative trend and reduced production forecasts − a figure that has been falling for 12 months in a row. Demand from both the US and China is declining.

As a positive, the forecast for economic growth for the next year increased to 1.4% from July 1.2%, improvement next year. The Bank of Japan also published details of the ETF loan program announced in April from its balance sheet. For many years, the Central Bank bought valuable (and not particularly valuable) securities, which caused compression of liquidity in the ETF market, and now tries to resuscitate this process. The transactions will be held regularly within three months, then daily on request. Until the end of the year, technical prospects are poorly positive for the yen, and there are no strong factors.

All current macroeconomic statistics work in favor of the dollar: European inflation disappointed, but US data are steadily strong − no failed report − all three business indices remained above the key level of 50.0, GDP showed a growth of 2.1%.

The last serious publication of this year will be released today: orders for durable goods in the USA for November. Experts predict that all components should show from 0.3% m/m to 1.4% m/m and support the dollar, although the market response to this data may be too sharp. 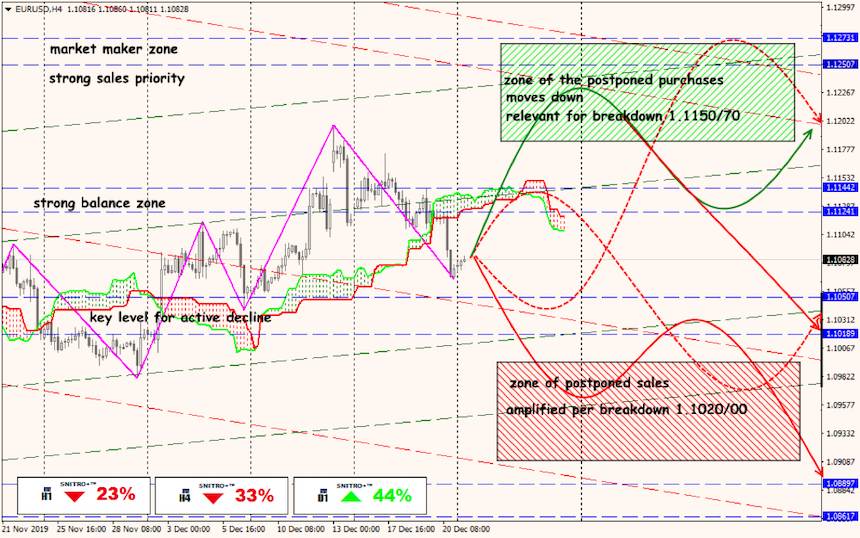 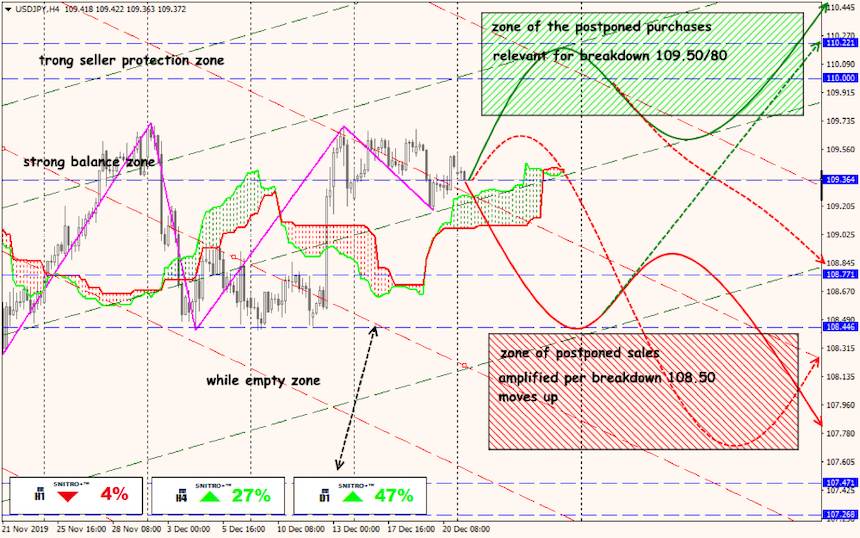 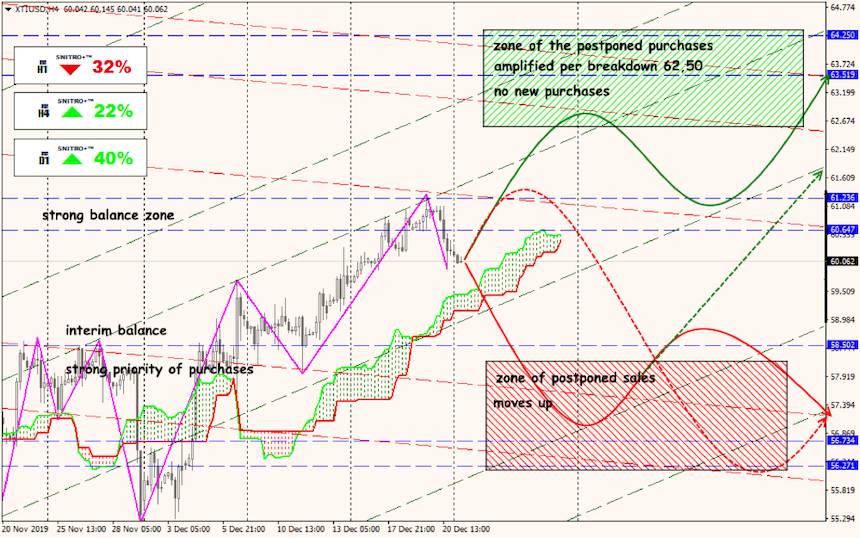