Room to fail: repentance is cheaper

The market did not support data of NFP; the American shutdown continues

The situation with Brexit did not change; China prepares for a new fight for the market.

The financial world comes back to a habitual operating mode, but active military operations are not expected yet.

Positive audit of data in two last months led to the fact that data on labor market of the USA for December appeared not only higher than November (155 thousand), but also exceeded the average value for 2018 (206 thousand). But the reaction was unfairly weak − large players did not hurry with purchases of dollar, expecting a speech of the head of the Federal Reserve. Powell disproved the position of three-week prescription, having said that the Federal Reserve System understands nervousness in a subject of prospects of growth of the economy and is ready to show patience. If economic data support the current opinion of the market, then considerable correction of monetary actions is possible.

Consultations with Bernanke and Yellen were obviously useful: unlike a failure performance on 19 December, Jay managed to receive the result on Friday − the stock market grew, but the influence of labor market is obviously underestimated and the probability of a new hysterics remains. Market expectations on increases in a rate of FRS decrease. Several members of FRS whose comments were planned for the weekend refused a performance because of contradictions between Friday rhetoric of Powell and the strong report of NFP.

An old dog will learn no new tricks − Trump promises to hold shutdown «months and years» until the Congress does not allocate money for the Mexican wall. Moreover − threatens to declare a state of emergency for construction of a wall without the permission of the government.

The fact that the suspension of work of the government, according to analysts, «subtracts» from the current GDP 0.1 points each two weeks, does not confuse the President. By the way, the «idle» U.S. Treasury cancels automatic salary increase to the leading officials of administration (approximately for $10000 a year). The Sunday meeting of the President with leaders of the Congress did not bring a result, negotiations continue, but there are no positive signals yet.

There are still no voices Pro the version of the agreement agreed with the EU, new arguments for the trade with the EU too. A debate in the parliament of Britain will begin since 9 January, preliminary consultations are still negative, the final vote is expected during a week since 14 January. May's meetings with some leaders of the EU are planned current week, but the EU summit which is necessary for obtaining legal guarantees is possible before March. Comments of leaders of the EU will be key for pound, it is worth turning on GDP of Britain with the publication on Friday.

The market ignored the sharp growth of reserves of gasoline and distillates in the report of EIA and against the background of depreciation of dollar and growth of appetite to risk oil, at last, began the full ascending correction. We wait for new angry tweets of Trump: Saudi Arabia, carrying out given in December promise, actively reduces oil export, at the same time deliveries to the USA most of all suffer. Moreover, the price of all types of raw materials for American buyers is increased to record levels. Globally dynamics of the main benchmarks depends on an outcome of trade negotiations of the USA and China and also vote under the NoOPEC bill though it is obvious that Trump will veto this bill in case of adoption by the Congress.

The current week we wait for:

We remind: because of shutdown the most part of the American statistics can be not published, but after the resumption of work of the government, the data packet can appear at any time that can lead to sharp movements on dollar. Any signs of normalization of a situation in Europe or hints on an exit from the deadlock on Brexit will be positive for euro in the medium term. 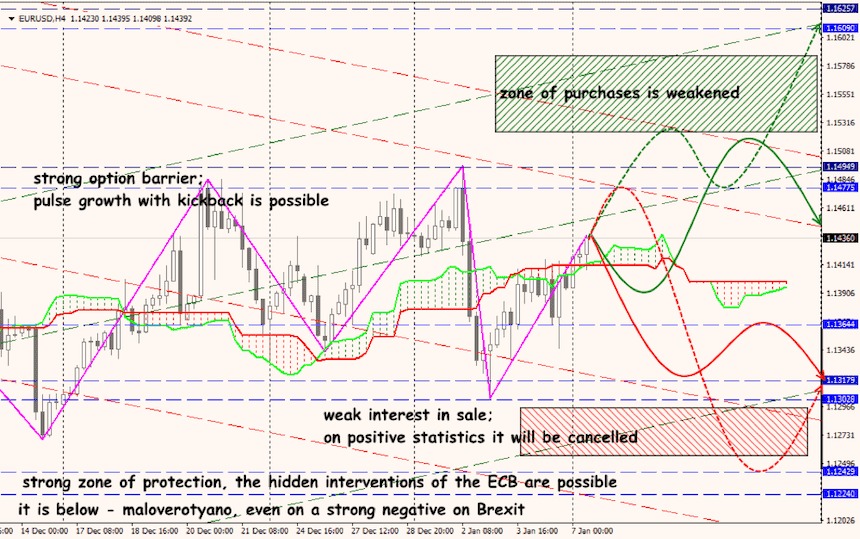 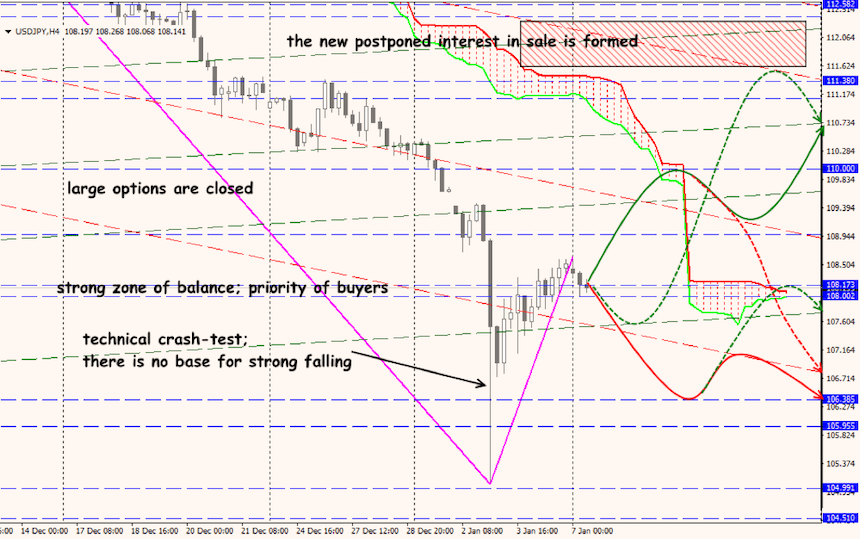