Quid pro quo or speculation on someone else's optimism

Strong US reports surprised markets; China lost but does not give up; Trump ignores impeachment, and the EU is preparing to take on the next blow of the trade war.

Everything is fine in the USA − only the JOLTs vacancy report was very different from the rest of the statistics, hinting at a possible slowdown in the labour market. This means that in the absence of convincing evidence of the global economic recovery, the dollar will be in strong demand.

Absolutely everyone understands that the probability of Donny’s removal is minimal, but the impeachment process is quite capable of discrediting the incumbent president. Last month was spent collecting new evidence and looking for new witnesses, but the democrats did not find Trump's guilt, which cannot be refuted.

The fate of Trump will be decided by the Senate, a full-fledged process will open tomorrow, but the official reading of impeachment articles is already underway. If the Senate votes to consider impeachment in a short procedure − Trump will be acquitted within two weeks − an excellent factor for the growth of the dollar. If the Senate decides to conduct the full procedure with the interrogation of witnesses, then the examination will drag on to two months and then negative surprises for Trump are not ruled out − the dollar will have to fall.

Trump intends to attend an economic forum in Davos on January 20-24, which does not exclude backstage negotiations on a US-EU trade agreement. European Commissioner Hogan did not achieve obvious success during his visit to the United States last week, the time for deciding on the subject of US import duties on France is coming to an end and possible negotiations in Davos could be decisive.

The signing ceremony was a visual shock not only for those present but also for distant viewers. Trump's absurd behavior with the humiliation of the Chinese trade delegation can have far-reaching consequences for isolating the United States when Trump is re-elected for a second term.

Beijing agrees to brutal measures to prevent the theft of American intellectual property and will refrain from currency manipulation, and also pledged to buy American goods in the next two years for a total of $200 billion more compared to 2017 levels.

The agreement does not address the issue of China-supported hacker attacks against US companies and does not require China to reform the existing system of government subsidies. Trump maintains existing tariffs as a leverage for the next rounds of negotiations. The United States will review progress in meeting China’s commitments to lower tariffs no earlier than 10 months after today's signing.

US senators have introduced a bill supporting alternatives to 5G equipment from Huawei. The US Department of Commerce has developed a draft law that will allow it to block the sale of goods specifically for Huawei if US components account for more than 10% of the value of exported goods.

The USA withdrew the status of a currency manipulator for China. The parties agreed to exclude competitive currency devaluation; the transaction involves a mechanism to enforce compliance with the help of the IMF.

The surprises at the meeting on 23 January is unlikely. Market expectations for a correction rate in the current year decreased significantly, discussed only bet for next year, but it will depend on the outcome of the U.S. election in November.

At the moment, the ECB does not need to officially raise rates, to ensure the growth of the Euro. Due to the two-tier system of Deposit rates, the ECB may unofficially increase the level of banks ' balance sheets, which will be exempt from negative interest rates and this will lead to higher yields of t-bills of the Eurozone countries.

Statistics of Britain upset even the sceptics. GDP, inflation consumer prices and retail sales were so weak that market expectations for a rate cut BOE January 30, rose to 70%.

In the correction rates, there is little doubt, most likely the reduction will be announced once the Central Bank won't risk even more to drop the pound amid troubled negotiations between the EU and Britain. At the same time, the slowdown of the British economy will make the government Johnson weaker in the negotiations with the EU, so the idea of blackmail is a possible long-term recession of its relevance is not lost. Advertising optimistic Johnson will not affect investors need to see real steps in the form of signed documents.

Pay attention to tomorrow's report on the labour market and the preliminary PMI of industry and services on Friday.

The week began with a weekend in the United States. Today in the U.S. session the market will be thin. The forum opens tomorrow in Davos, where is waiting for information for any market.

Statistics this week a bit: PMI of industry and services in the U.S. and the Eurozone, the German ZEW index and economic forecasts of the ECB. China goes on a long New Year celebration from January 24. The fed has come «period of silence» before the meeting, on 29 January, so the performance figures from the Federal reserve will not push to the market.

Lagarde on Thursday said he would not discuss the Outlook for monetary policy because of the «week of silence» − the first time the ECB adheres to the established rules. Lady of the ECB will be present in Davos on Friday – listen to her comments carefully. 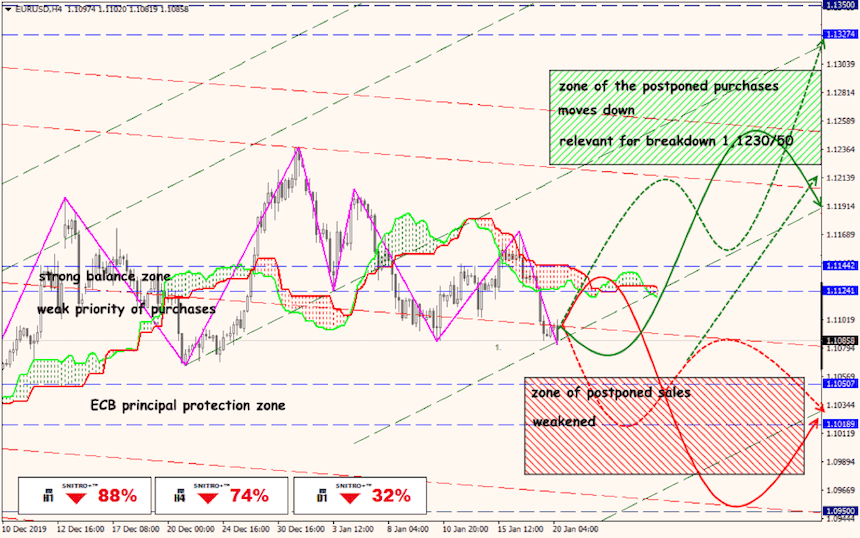 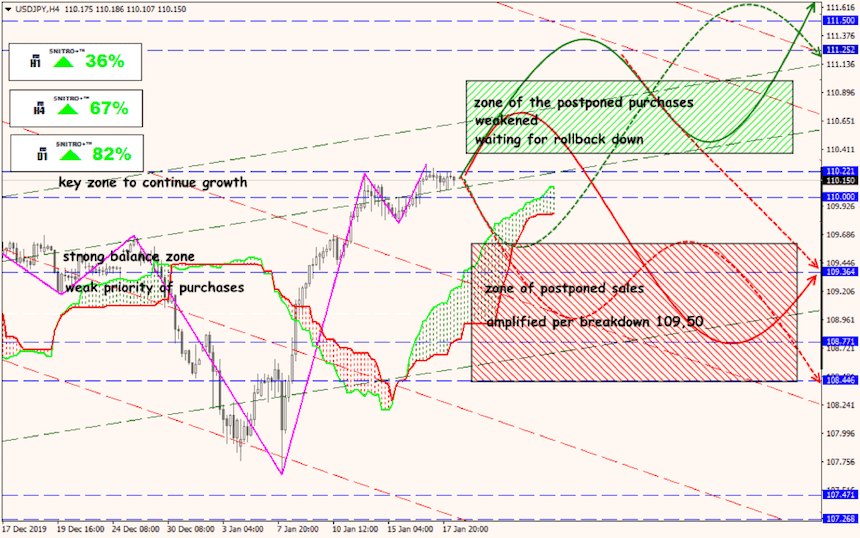 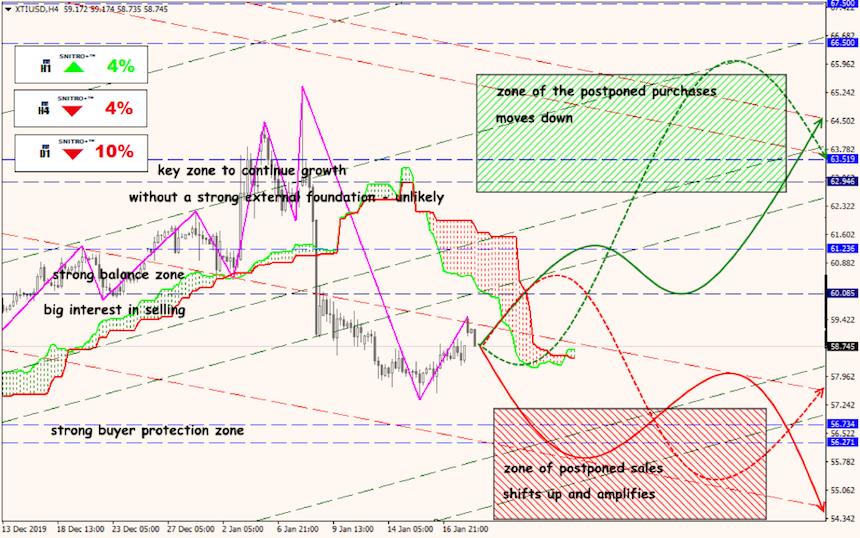