The Chinese virus collects victims, Trump raises the degree of aggression: the EU-Britain conflict continues under a new scenario. Oil panics, but it is not ready for serious decisions.

We review strictly the strongest factors:

The Briton continues to fall amid mutual threats between the EU and Britain on a post-Brexit deal. Britain is threatening to raise duties on imports of France's products and Germany's cars, Macron wants to tighten the EU's mandate for any trade deals. To encourage Johnson to compromise there is an idea already to shut down London banks' access to the EU's financial services sector, this would be a strong blow to Britain's economy. It's clear London will never agree to Macron's option, but there is a chance Johnson will lower standards in favour of Trump. Passions in this topic are gradually heating, the final mandate for negotiations with Britain will be approved by the EU on February 25, the process starts in early March.

This week should pay attention to the block of British statistics on Tuesday.

U.S. inventory reports are of mild interest because China's oil consumption has declined sharply. Large players are not yet ready for risk and persistently do not let the price above critical zone 50. The OPEC Committee recommended an additional reduction in oil production by 600,000 b/d until June, but Russia does not yet support the topic. According to Bloomberg, the US plans to impose sanctions on Rosneft for contacts with Venezuelan oil, but fears to provoke chaos. Now Rosneft is the largest buyer of «sanctions» raw materials, which is transported to refineries in India and China, also, Karascas received an oil-backed loan of $6.5 billion. As part of his address to Congress, Trump promised that Maduro's «tyranny will be swept away and destroyed» and after that holding a personal meeting with Venezuelan opposition leader Juan Carlos Guaido. This topic is recommended to be monitored by comments in the press including political ones.

It is not yet planned to hold an OPEC+ meeting in February, as there is information that the situation with coronavirus will stabilize. The decision will be taken at a scheduled meeting in early March.

If the epidemic goes down and businesses in China return to normal work − oil will grow itself, if not − OPEC's decision guarantees an upward correction.

As China mobilizes to stop the spread of the infection, the US is trying to benefit from the world's suffering. First, with tariffs, China was forced to increase purchases of American goods, and now disaffected companies are preparing a complaint with the Ministry of Commerce. This will form a new scheme of accusations of currency manipulation with clear political gain for Trump.

The U.S. Senate issued 52 votes to 48 that the president did not exceed. Campaign fraud with the Iowa primary result showed the weakness of the Democratic party and added chances to Trump to win. The intra-party did not allow Sanders to become a single candidate, and the winning Buttigieg is unable to fight. Biden came forth, demonstrating the electorate's real appreciation of the failed impeachment saga. The New Hampshire primary will pass tomorrow and another manipulation of numbers could offset Democrats' chances of even getting a majority in Congress.

The NFP for January came out surely strong, but its result was taken into account by the market by the time of publication. The main positive of the report is the confirmation of the strength of the US economy against the background of the stagnation of the world economy. The report does not provide arguments for raising rates, nor does it provide arguments for buying a dollar at current levels. Especially since the FRS intends to wait until the presidential election.

Today Trump will present a budget for 2021 in which the priority will be tax cuts for the middle class. It's not very interesting to Congress, but it's a mandatory campaign item in the fight for Republican votes in both houses.

Powell speaks to the lower house of the US Congress tomorrow and the Senate on Wednesday. The introductory statement will be the same for both Chambers, and its preliminary publication is not excluded tomorrow.

Perhaps for the first time, we will hear the FRS head's opinion on the impact of coronavirus on economic performance: markets are interested in the possibility of rate cuts due to the epidemic, although such a move is unlikely. It is not excluded the new ideas regarding the specific issue of the reserve ceiling. Powell's performance could provide little support to the dollar.

Many comments by FRS`s members are planned during the week, but there is no one to listen to apart from Powell.

ECB head Lagarde will submit a 2019 annual ECB report to the European Parliament on Tuesday. At the end of the week, investors' attention will shift to US economic reports.

This week will bring us retail sales statistics, US consumer price inflation and JOLTs job vacancies, as well as industrial production, Germany and Eurozone GDP for the 4 quarter.

In China, all attention will be directed to the opening of the stock market and the subsequent dynamics for the new infected. If the situation stabilizes, foreign companies will resume work in China and the market will forget about the virus in 1-2 weeks. 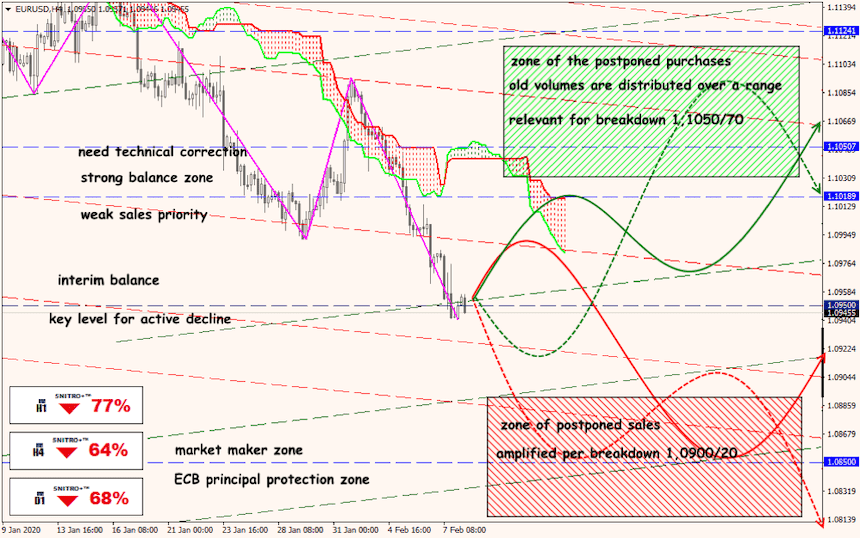 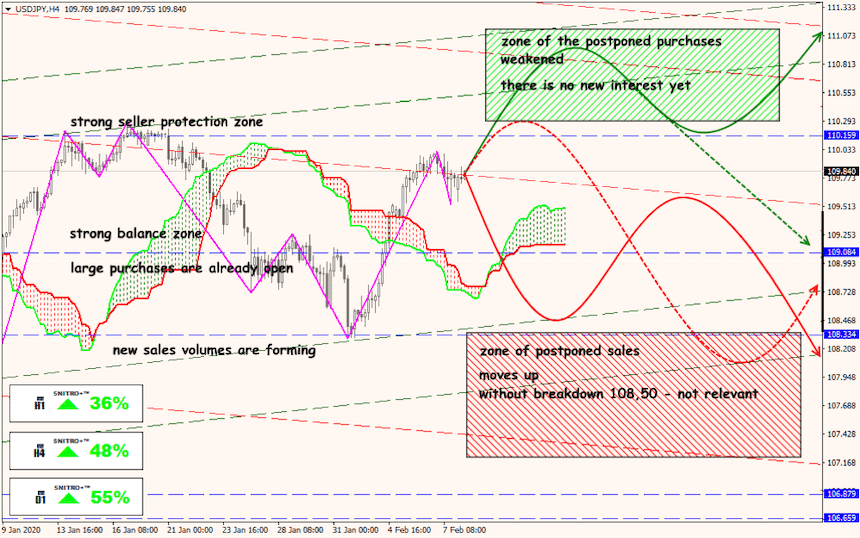 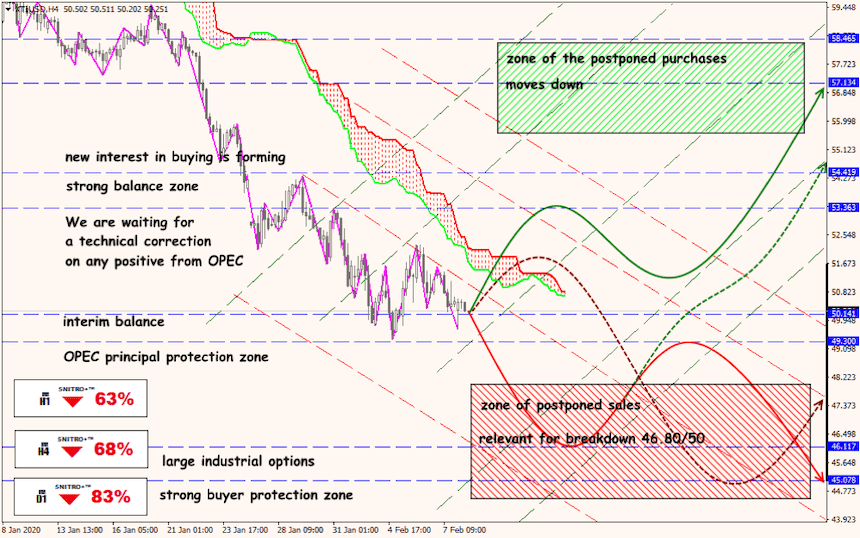