Markets are tired of disasters, but peace is unlikely

Biden's first dialogue with China; Italy relies on Draghi; South African strain of COVID-19 has made it to California. Trump, acquitted by the court twice vindicated, has promised America a New Crusade to «Greatness».

US Senate did not want to save the budget on pensions, security and other benefits for the 45th president: only 57 senators supported Trump's second impeachment, and 67 votes were needed to approve the decision. Summons and interrogations of additional witnesses would take more than one day, so we decided to “close the case” as soon as possible.

The topic is closed, but confrontation between Biden and Trump is just beginning.

Vote is still weakly positive for Trump. Several state governments have already announced lawsuits against him, including allegations of tax violations and financial fraud in New York and attempted abuse of office in Georgia. Also, the ex-president will have to solve financial problems: according to Forbes, over the past four years, his fortune has decreased by exactly $ 1 billion, and shortly he will have to pay off loan debts just for that amount.

Let's hope that in four years the aged Donnie either does not have enough health for a new war or is reason enough to understand that he lost this war long ago.

Preparation of some governments to ease quarantine measures is fueling an appetite for risk, which has already been exaggerated by endless fiscal and monetary incentives. Prime Minister Johnson on February 22 will announce a roadmap to lift the quarantine, including reopening schools from March 8. Germany will begin lifting quarantine measures from March 7, even though Europe is in second place in terms of the spread of new strains of coronavirus.

WHO on Friday warned of re-infection of people with new strains of coronavirus. Markets ignored the information that the South African strain is capable of infecting people previously vaccinated or ill with coronavirus, this information can only limit risk appetite, but is unlikely to cancel it at the current stage.

Nothing new should be expected from the publication on February 17. As a rule, the January meeting of FRS is an introductory one, because at this time there is a rotation of the heads of the regional FRBs participating in the voting when making decisions. Last week Powell kept the same rhetoric, did not give any guarantees regarding the parameters of QE. The only change in the Fed's January statement was the abandonment of timeframes when describing risks to the outlook, but Powell has already called this a positive sign.

But if the majority of Fed members intend to consider reducing the volume of QE by the end of the year, subject to the emergence of collective immunity of the population to the coronavirus, the dollar will continue its upward trend.

On Saturday, the Italian government, led by Prime Minister Draghi, was sworn in. All parties in Parliament, except for the small Brothers of Italy party, supported Mario. There is no doubt about wider support: according to polls, the Draghi government is approved by 71% of the Italian population. Draghi appointed prominent technocrats to key posts, in particular the Minister of Economy and Finance, the Minister of the Interior Ministry and the Minister of Justice.

Draghi's first task will be to develop a plan for Italian economic recovery to receive tranches from the EU recovery fund, the plan should be presented by April.

The stabilization of the situation in the most problematic EU country can be considered an additional positive for the euro, although this information has already been worked out by the market, the decisive factor will be the publication of the Eurozone PMI.

The pound continues to be in demand on the declines after the change in expectations for the outlook for the BOE policy.

The current problems with the implementation of Brexit conditions are perceived as a long-term negative for the pound, although the markets are ignoring it for now. The agreement, signed in 2019, provides for a trade border with the de facto preservation of Northern Ireland in the EU jurisdiction, which leads to huge problems and in the future may even cause the collapse of Britain if the EU does not make concessions.

The EU is taking advantage of the situation by refusing to renegotiate the Brexit divorce agreement, and some EU leaders do not deny themselves the pleasure of verbal abuse of Johnson.

The first telephone conversation between Biden and Xi Jinping is assessed by the parties ambiguously, but they called it a positive signal. The leaders discussed countering the coronavirus pandemic, global health security, climate change and preventing the proliferation of nuclear weapons. Washington is concerned about Beijing's policy towards Hong Kong, Taiwan, Xinjiang Uygur Autonomous Region, but Biden received a categorical statement that China's internal problems are not a topic of discussion. Economic issues were not discussed during the dialogue.

No Fed officials are expected to speak, although in private interviews comments on economic growth and prospects for monetary policy are possible. We are waiting for traditional insider information after the ECB meeting. In the forthcoming protocol, we study opinions on the current euro rate and the desire to resist its further growth. Today is a day off on the US stock exchanges. China continues to celebrate New Year and will return to the markets from February 18th. 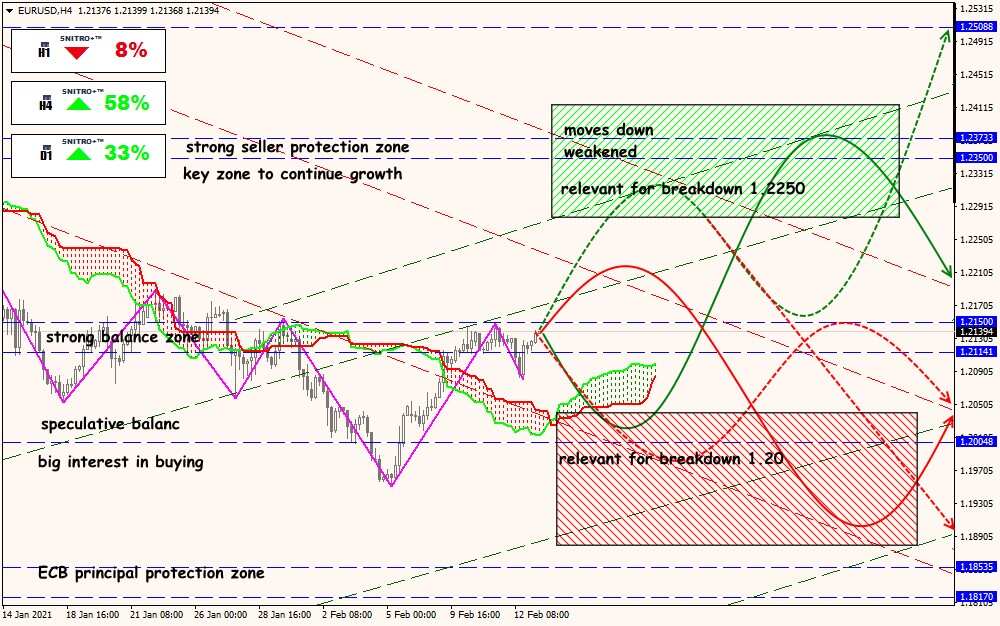 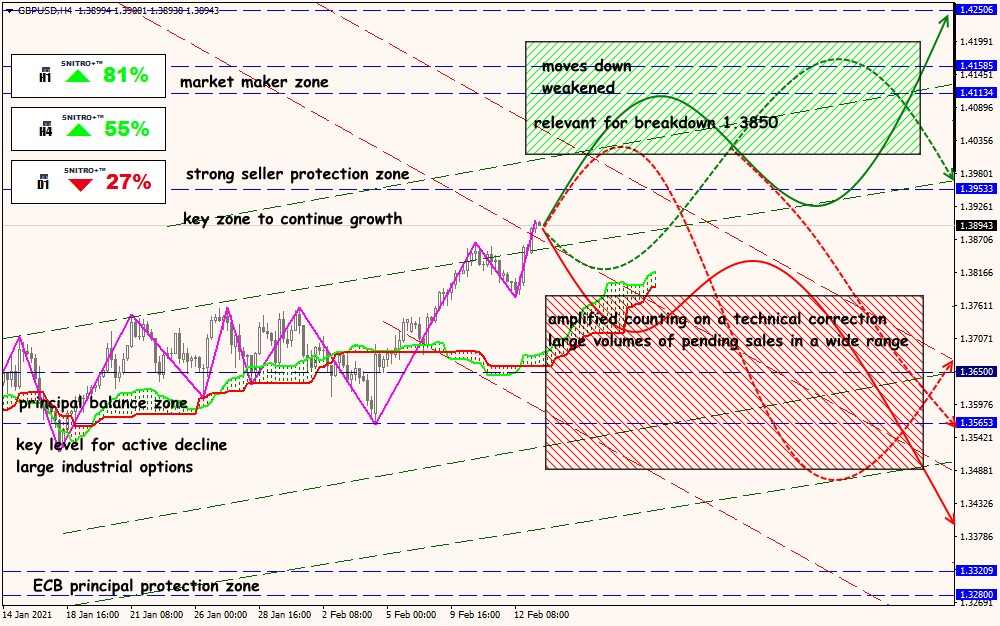 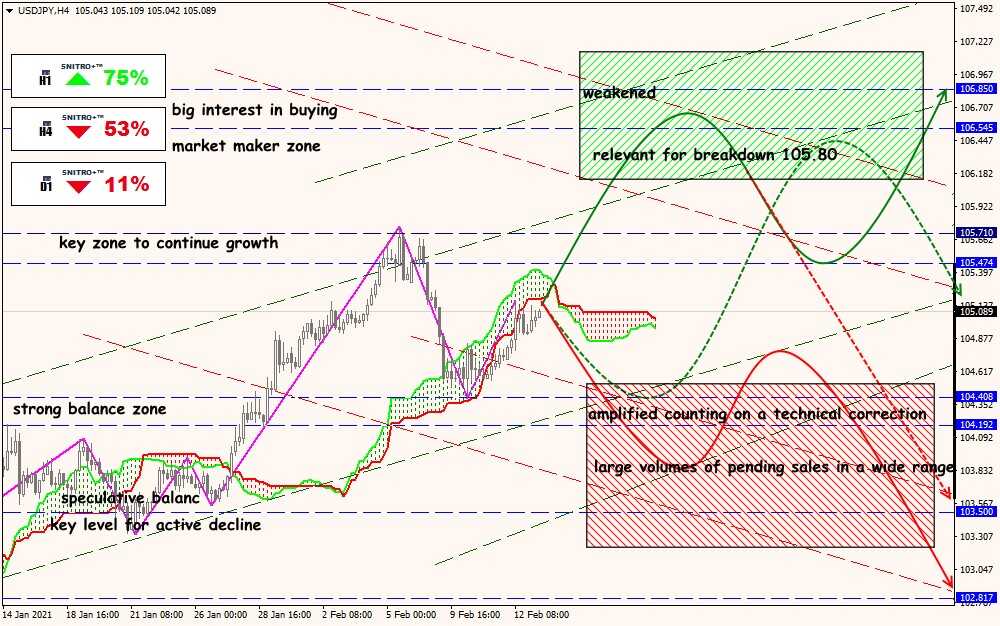 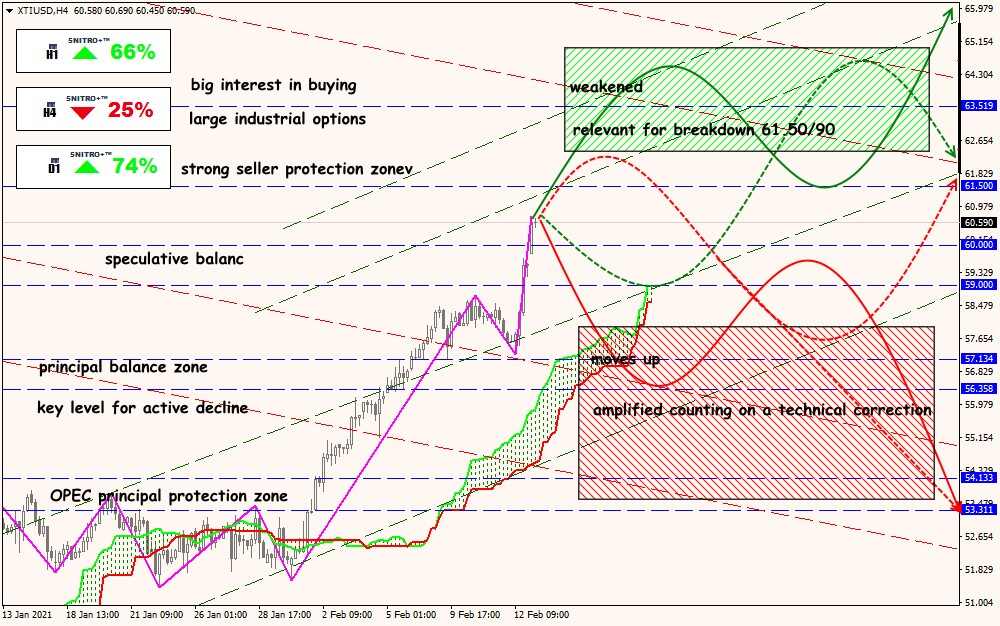