The market in July: hot time of intrigues and expectations

The statistics on euro supported positive views of the ECB, but the protocol became a surprise for the markets.

Expectations of investors on dollar before NFP were underestimated because of failure ADP; we wait for the report of FRS before the Congress.

Despite strengthening of basic price pressure, the ECB keep expressing carefully a possibility of monetary policy reformation. Tells the rapid growth of euro and profitability of state bonds provoked by Draghi`s statements who along with colleagues waits for obvious proofs that increase in prices can keep near the target level of 2% without the support of the Central Bank, tells about the sensitivity of an issue.

Such facts ought to convince the ECB of the correctness of inflationary forecasts and will become a good reason for the reduction of purchases of assets (but not earlier than fall), without initiating at the same time toughening of policy. It is expected that optimism of the eurozone will be maintained by the German trade balance and reports on the industrial production of the eurozone, but we will remind − strengthening of euro is a bear factor for the German exporters that, in turn, negatively influences prospects of profit of exporters of the eurozone.

On Friday the ECB have released the next insider that the ABS program as a part of the QE program has no chances of continuation and will be finished in December. The intrigue accrues in process of approach of the European Central Bank meeting and such planned information leakages help to form an opinion on the market, favorable to Draghi. «Week of silence» before a meeting of the European Central Bank on July 20 begins on Thursday.

The June meeting protocol and FOMC representatives fresh announcements create an opinion that FRS can unveil the plan of reduction in September, but analytics didn't find the useful information in the document except for disagreements in opinions of committee members concerning balance reduction start time. Ratification of Trump`s incentives by the Congress of the USA can accelerate monetary actions. This idea already pushes up the profitability of treasury bonds of the USA as the Federal Reserve will actively reduce Treasuries on balance. Recent weeks the U.S. Treasury passed again only to attraction of a market debt so the dollar shall not fall fundamentally strongly any more.

NFP shows the significant increase in employment which was followed by revising of indices for the last two months, but nevertheless reflected weak progress in the salary inflation. The number of jobs in the USA in June had grown more than forecast. Information can be perceived as the labor market force, which could allow FRS to go for the third increase in an interest rate this year, despite the weakness of inflation.

In general, this fact depends on events prior to a September meeting: if inflation and salaries don't grow, then reduction of balance will be in September, and an increase in a rate will be postponed to December, in case of an inflation growth the sequence will be the return.

The semi-annual report of FRS before the Congress of the USA will be a current week (14:00 UTC). The great Bernanke demanded the publication of the opening statement in advance (it is worth tracing the possible publication in 12.30 UTC) that congressmen could prepare the questions. In the block of questions-answers, it is worth watching moods of Republicans to understand the Trump`s position at the choice of the new head of the Federal Reserve. Despite the mixed data, the market has apprehended statistics as a positive for dollar, large investors expected an optimism of the Federal Reserve. Even if real improvements of the American economy raise doubts, estimates of the labor market and rather stable condition of the American banks will be enough to support Yellen.

Public analysts actively advise British to be prepared for a renewal of crediting cost growth. Despite short-term splashes in optimism against the background of officials statements, the British weak data raise doubts again that BOE prepares for correction of rates. The strong pound against the background of industrial indicators falling and decrease in a stream of investments causes the growth of trade deficiency, the forthcoming reports of the labor market are also expected negative. Both external, and national investors begin to doubt that May will have enough political will and the corresponding leverage to hold economy within the softer option of an exit from the EU. The high rate of inflation increases the chance of industrial recession, besides, participants of the market perfectly understand that dialogue can be interrupted or start slipping on any of stages of negotiations, and then will begin to sell currency in panic together with the British corporate assets.

Last week has recorded decrease on all main currencies, temporary strengthening of dollar has been caused by the closing of short positions and technical correction before the day off in the USA, but at the end of the week, dollar has lost these positions.

In the short term, dollar tries to become stronger against the majority of majors, but the medium-term tendency still looks at decrease. Future contracts keep to put in the prices high probability of an increase in a rate in December. Now large players accumulate at the key levels, the base has to give the main drivers of the movement.

The current week is rich in statistics, it is worth tracing the Chinese data (a consumer price index and trade balance), similar data for eurozone and Germany, the unemployment rate in Britain, on the USA − a producers price index, retail and the Beige Book. 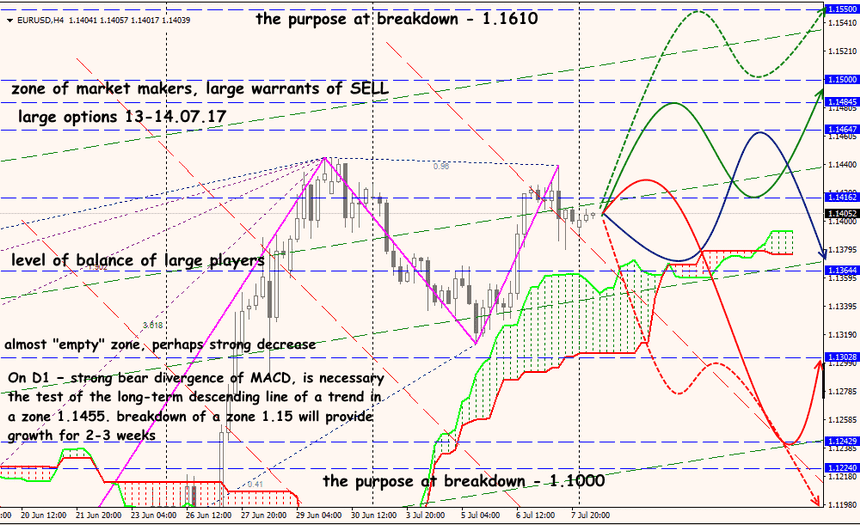 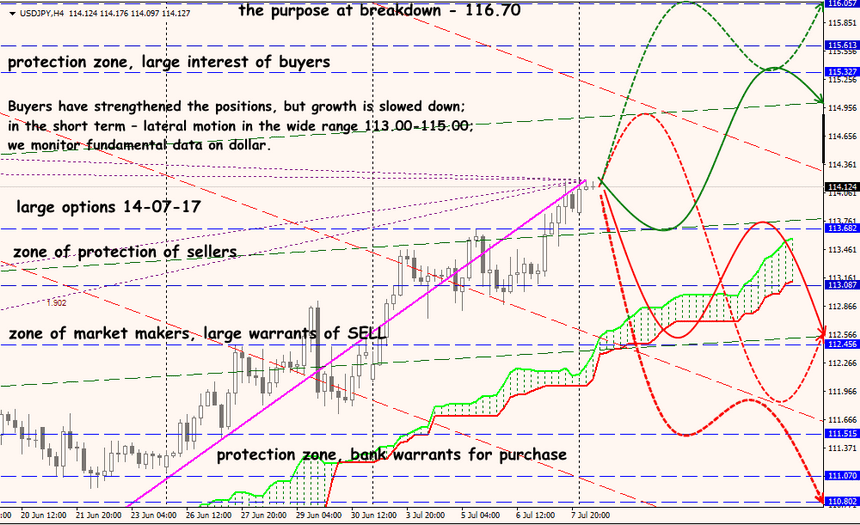