Is fecit cui prodest: there are no losers in fight for dollar

Verbal manipulations have obviously done well not only to sharks of the market, but also politicians: the U.S. President's visit to Davos has taken place at the full house.

The current week assumes a set of fundamental factors in favor of growth of dollar.

Participants of a forum in advance took positions from which it was possible to shoot successfully «home video» on «I Saw Trump!» in Davos. Apparently, the current American president reckons at all points an era of prosperity of economy of the USA only from the moment of the inauguration. The group of the American industrial magnates whom «15 friends of Trump» already began to call, has made a serious bet on his tax program and actively stages the idea of «America First» in a world information field. The criticism of the policy of the USA from Merkel has obviously appeared on the second plan, and the purposes of the American delegation – are exceeded.

Mnuchin's comments on the benefit of weak dollar for the USA became a great luck for those who have relied on the decrease in USD. Influence of his statement has been obviously exaggerated, however, the majority of the countries have expressed obvious concern, and the Managing Director of the International Monetary Fund Lagarde has personally asked Mnuchin to explain the position. The subsequent justifications of Mr. Stephen looked, to put it mildly, strange.

Leaders of the G20 in Davos used the careless rhetoric of the American figure for negative opinions before the trade negotiations which will be the most sensitive for the EU and Germany in particular. The surplus of trade balance of the Germany/the USA has exceeded historical levels and now Trump insists on the conclusion of the separate trade agreement. It has accelerated already dizzy decline of the dollar.

Trump's attempts to level negative by long-term plans for the strong dollar haven't saved the situation. And matter not only in Mnuchin's words, and not in the performance of the collected local stops for euro. The appetite to risk grows, and there are no signals from the USA that expensive dollar is demanded by the market: the budget is still not adopted, the problem of a ceiling of a national debt isn't solved and the U.S. Treasury sits on short rations.

The ECB has kept the main points of the policy without changes; the markets have preferred to ignore a common position and have concentrated attention on the Draghi`s rhetoric about the stronger growth of the economy of the Eurozone countries. The serious turn requires the accurate instruction on the harm of growth of euro exchange rate on real economy or decrease in forecasts of the ECB for the growth of the economy and inflation down, but Draghi hasn't decided on it once again. Forecasts of the ECB will be updated only at a meeting on 8 March.

The threat of revision of policy of the ECB, if devaluation of US dollar leads to toughening of financial conditions, was the strongest subject. As soon as the market has understood that the ECB is optimistic and happy with an economic situation, EUR/USD has broken through stops and has reached peak above 1.2500, but persons interested to buy euro at the current prices there was a little − euro before the end of the week has returned to stable range.

The rhetoric of the current week will be directed to euro turn by means of verbal interventions as it is obvious that the current levels don't suit even the surest hawks of the ECB.

The silence period before a meeting on Wednesday in FRS which is intermediate, updating of forecasts and press conferences of the head of the Federal Reserve System isn't expected. Follow up a meeting the markets will receive only the brief accompanying statement; the list of members of FRS will be updated and will become more hawk. GDP of the USA for the 4th quarter left below expectations, but in general, FRS has no slightest bases for pessimism. The rhetoric of the statement will be optimistically in favour of growth of dollar. The White House promised to announce a name of the Deputy head of the Federal Reserve Powell until the end of January, but, most likely, it will be the expert with neutral views that will hardly lead to a strong reaction in the market.

This time NFP represents especially dangerous roulette: U.S. Bureau of Labor Statistics since January 2018 will change calculation methodology, besides, the market won't obtain all indirect data for the preliminary analysis − services PMI in final reading and services ISM for January leave after the publication of data of NFP. The main attention should be paid to the unemployment rate and growth of salaries; regional data indicate labor market delay. The dollar is ready to rise even at the low number of new jobs provided that their current dynamics will be higher than 125K. If NFP is strong, then the closing of the week will confirm a medium-term turn of a trend of the dollar in growth.

Today the White House plans to submit the bill which will include DACA immigration, protection of borders with financing on the construction of a wall on the border with Mexico and increase in financing for defense. This document will be a basis for a long-term increase in a ceiling of a national debt of the USA. On 30 January Trump intends to submit the bill on investments into infrastructure. By rumours, the volume of the document exceeds several pages, traditional for the current president.

The intention of the special prosecutor Mueller to conduct the interrogation of the former chief adviser of Trump Bannon is once again declared, new information concerning time of the Trump`s statement is possible. At the same time Executive Office of the President have refused to comment officially on the next attempt of Trump to stop Mueller's powers because of «disappointment» in his work and the arisen conflict of interests. We will remind: Trump didn't give full evidence of oath yet on any of the investigated questions. 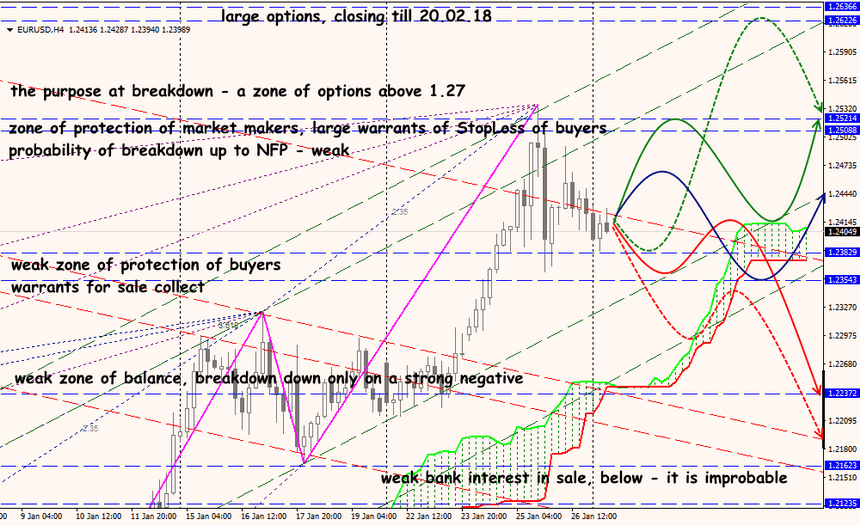 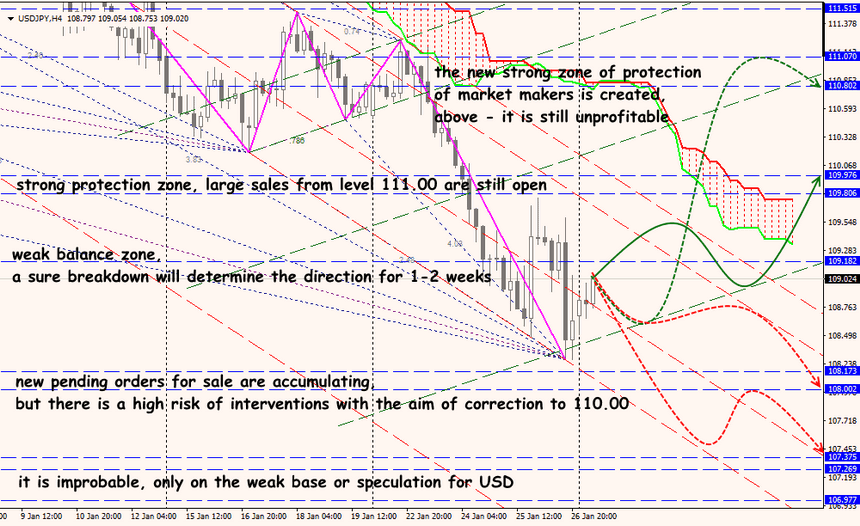