Coronavirus occupies new territories; FRS, Canada, New Zealand cut rates ahead of schedule; Trump`s and Lagarde's amateurish «pratfall» horrified markets. Only China is sure of itself − bad there too, but already stable.

Europe has become the epicentre of the pandemic, in fact, Shengen was cancelled, it is difficult to estimate the negative consequences in the average term even approximately. Unemployment growth is guaranteed, consumption reduction is expected to be at least 20%. Financial markets in permanent catastrophe, the VIX panic index is maximum, credit conditions are tightening, lack of liquidity in the debt market reduces the possibility of any hedging. Defaults are visible on the horizon, the mortgage crisis is not excluded.

Trump has officially declared an emergency regime in the United States. His nervous speech turned out to be a local disaster: by declaring a travel ban from Europe to the United States for 30 days, Donnie said the ban was not just about people but cargo. Stock assets collapsed instantly. After that, experts in their comments tried to explain that the president said not what the markets «thought» about, but it was late.

Also, Trump closed US airports to flights from Europe without any consultation even with Germany and France, and Merkel's and Macron's indignation had to be extinguished by diplomats.

The announcement of a restructuring of US public debt (and this is considering the current problems of the debt market!) also added volatility to the dollar. It is clear that Trump meant repaying loans issued earlier at a higher rate and replacing them with loans with current lower yields, but confusion in the president's unusual concepts the market again took panic.

It has also been announced assistance to companies in the form of unlimited loans with a low-interest rate, first of all – transport, tourism and airlines. And again, Vice President Pence had to explain that it was not about «saving», just lending. Support for shale companies is planned, including by purchasing about 80 million barrels of oil into the strategic reserve.

The next series of horror from Trump shifted from Friday to Sunday.

Markets took $78.4 billion from the FRS on Thursday, just $41.1 billion on Friday, meaning providing additional liquidity is lagging, with major trade decisions clearly being made by mid-level managers who don't want to take risks. But no one expected such a strong move from Powell.

Yesterday, the FRS announced a reduction of the base interest rate by 1% or 100 pp (to a range of 0% -0.25%), and collectively by 150 pp in the last two weeks. A program of QE5 of $500 billion in Treasury and $200 billion in MBS is officially launched. Reserve requirements are absolutely loyal to the situation: on March 26, the FRS reduces the standards of mandatory reserves to zero. Coordinated swap lines are included: Bank of Canada (by the way − synchronously reduced the rate), Bank of England, Bank of Japan, ECB and SNB announced joint actions on the free movement of liquidity in US dollars.

On Wednesday, the Fed will hold a purely technical meeting, as the main step has already been taken, but the comments are listened to carefully. Now all the attention will be paid to what additional financial incentives the FRS will be able to extend through Congress.

Rates have been saved, but measures to add liquidity to the system have been announced:

It is stated that the Central Bank should not be the first line of defense under the coronavirus epidemic, fiscal measures are needed at the level of governments. The ECB expects an increase in the output of STOs by EU countries, in particular, to finance the health care system, which allows strengthening EuroQE without violating the limits.

During the Q&A session, Lagarde made a serious mistake. Asked what the ECB could do when increasing the spread between Germany's and Italy's STOs, Christine replied that it was not the ECB's job. As a result, the spread between Italian and German papers soared and Italy's stock market fell by a critical 15%. After Lagarde tried to justify herself in a separate interview, but the ECB lady's incompetence is obvious, and given the financial panic, such pratfalls are unacceptable.

The pound continues to live under severe downward pressure due to a shortage of dollar liquidity, and the cancellation of the second round of negotiations between Britain and the EU on a trade agreement (March 18). The official reason for moving the meeting indefinitely is COVID-19 infection.

There is now absolutely no understanding of the prospects for Brexit should negotiations be delayed (or stopped altogether), as the current government denies the possibility of extending the transition period and demands agreement on a common concept of the agreement until early June. The market is waiting for another reduction in the BOE rate and an increase in the QE program at the March 26 meeting. Britain's labour market report on Tuesday could have a strong, but short-term, impact on the pound.

US oil reserves are growing, although it is clear that shale production is gradually declining. The country is ready to balance the market by 80 calendar days or by about 6 months to reduce the excess supply by 2 times.

The oil war between Saudi Arabia and the Russian Federation is in an active phase. Saudi Arabia books tankers to transport oil to Europe and the United States and the OPEC+ committee's teleconference on March 18 was cancelled.

China is currently the only source of optimism in the world, the removal of quarantine from many provinces against the background of the restoration of large industrial facilities is pleasing, but its positive can not yet help the global market.

By the way, on Twitter-Trump's attempts to shift responsibility for the epidemic to China, Foreign Ministry spokesman Zhao Lijian said that the U.S. Army could be involved in the coronavirus outbreak in Wuhan. There is no reaction from official Beijing to such statements, but the development of the world conspiracy theme suggests growing tensions between China and the United States.

China continues to buy large quantities of oil (and different varieties!) at the current price, which, along with Trump's announced replenishment of strategic stocks, led to a technical upward correction at the close of the week.

A shock from the FRS and panic from the epidemic do not cancel regular statistics, this week we wait:

Those who prefer Asian assets should pay attention to:

A teleconference of G7 leaders (+ECB represented by Lagarde) and a meeting of the Eurogroup to launch fiscal incentives by Eurozone countries will take place today. Official statements are not planned, only private comments.

Today Saudi Aramco publishes the first financial statements after IPO. Powell's press conference on Wednesday (if any) will not cause strong unrest in the markets. 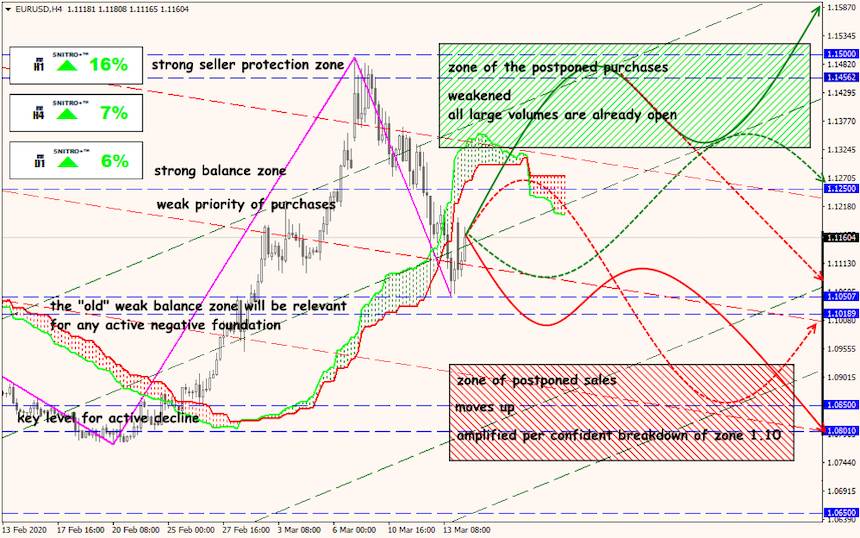 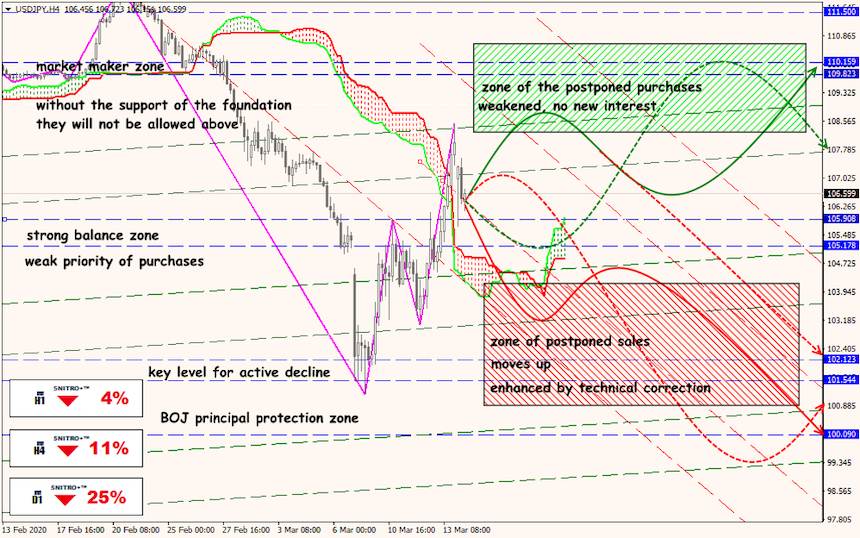 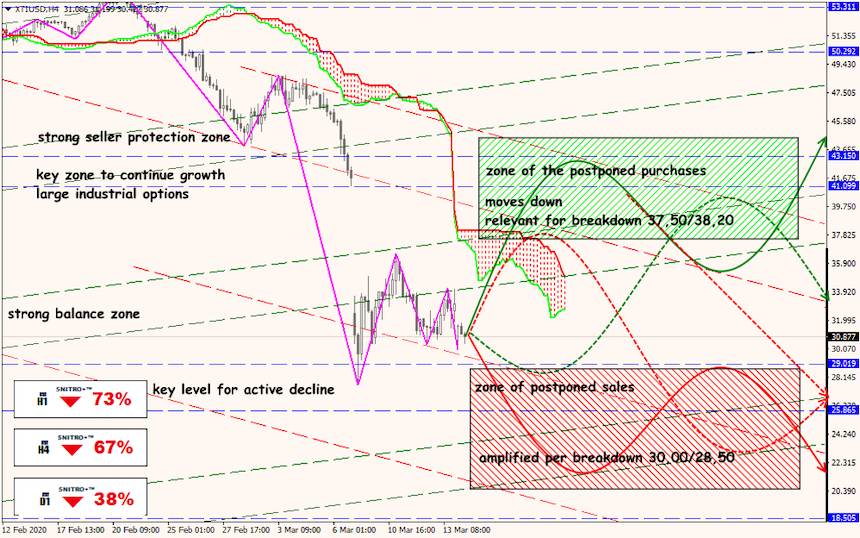