Deadline as a weapon of economic aggression

Time of ultimatums has passed, a little time remains for truces.

China has received new duties; the summit of EU leaders on Brexit became a failure; Italy tenses passions; FRS blackmails with rates. The outcome is expected before the end of the week.

On Friday final data on recalculation for 2016-2017 from the Bureau of statistics of Italy have been obtained that has given some freedom to the Ministry of Finance in an increase in the budget, but it all the same impossible to realize deficiency about 5%. Tria has to prepare the budget by September 27 for giving in parliament, in case of resignation of Tria, threats from Di Maio on the disintegration of the coalition or/and budget deficit higher than 3%, we wait for the descending rally for euro.

May has refused to accept the updated offer of the EU on the simplified border in Ireland. The criticism of EU officials was rigid and places not diplomatic, and the Prime Minister of Malta Joseph Muskat, in general, has said that leaders of the EU support the idea of a repeated referendum on Brexit. Besides, the lady Prime Minister has broken a press conference at which she tried to defend the plan, despite the EU has directly stated that her offers are unacceptable. The pound has waited for a pause and has crashed only on Friday. Now Theresa needs to join around herself conservative party and to avoid resignation therefore prior to a congress (from 30 September to 3 October), her rhetorician will be very peaceful.

The break in negotiations is possible if May keeps the post, but if no new ideas before the summit of EU leaders on 18 October, then chances of Brexit without new trade agreement will grow repeatedly. The team of the British Prime Minister has secretly begun preparation for possible early elections to parliament in November.

The subject of FRS will promote purchases of the dollar on falling in the next two days. If FRS doesn't raise a rate on Wednesday, the markets will be surprised strongly, to put it mildly. All conditions for the price range of 2%-2.25% are satisfied: inflation − 2%, unemployment − 3.9%, growth rates of salaries – on a minimum. The committee is almost ready to remove a formulation that the policy will remain «stimulating». Nevertheless, at the overestimated expectations the chance of disappointment is very high − reaction to a meeting and Powell's speech is expected active.

The head of the Federal Reserve for the first time addresses the media after the verbal aggression of Trump against FRS, therefore, the dollar will watch closely intonation of answers to questions. It is unlikely Powell is ready to battle against Trump publicly, but in 6 months in the office, he met congressmen by 3 times more often than Yellen for the entire period of activity that speaks about attempts to organize the internal front of protection.

Perhaps, the Federal Reserve System won't want to spoil to Trump life before congressional elections and will postpone changes until December, in that case, a decline of the dollar will be sharp and without kickback. At recognition of the existence of risks of overheating of the economy by Powell, the dollar will rise.

China prepares the plan of reorientation of the economy (expansion of export and industrial production) to minimize losses, but at the same time promises not to devaluate yuan forcibly. Nevertheless, the negative pressure upon trade balances of the certain countries of the region is already put in the forecast of annual indicators.

Ahead Trump has intermediate US congressional elections, Thanksgiving Day and Christmas sales therefore real market «meat grinder» is postponed so far. The rating of the president minimum and Democrats can quite return control over the Senate. Trump is ready to please with his presence at the summit of the UN, bilateral meetings with Macron, May and Abe so is enough reasons for speculators.

Today Asian platforms are closed (a holiday of an autumn equinox). It is possible to expect activity in the market of oil on comments of results of a monitoring meeting of OPEK+ in Algeria.

The current week the second meeting on trade negotiations of the USA and the EU is planned, in the absence of a new mutual compromise escape from risk will be resumed. In FRS the silence period proceeds. Draghi will act in the European Parliament today, it is worth expecting «leakage of the insider» after the intermediate meeting of the ECB on Wednesday.

We pay attention to statistics of the USA (inflation of consumer expenses, GDP for the 2nd quarter, personal expenses and income, a research of moods of consumers according to SV and Michigan), the EU inflation for September and the IFO index of Germany) and Japan (statistics on inflation, unemployment, industrial outputs and retails). Reports on inflation and retails of Britain appeared better than the forecast, but the pound will remain under the descending pressure before the beginning of October. The publication GDP of Britain for the 2nd quarter on Friday will be of particular interest. We wait for the latest political news from Italy – the fate of Tria and the budget has to be solved till Thursday. 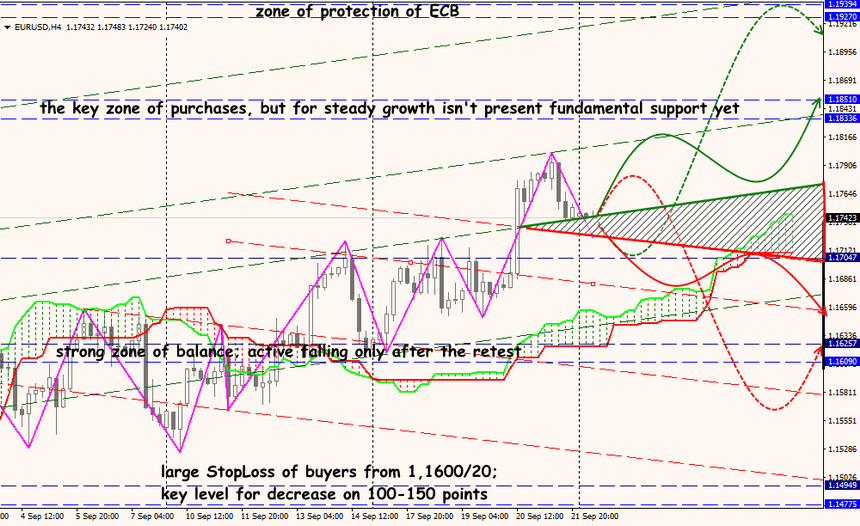 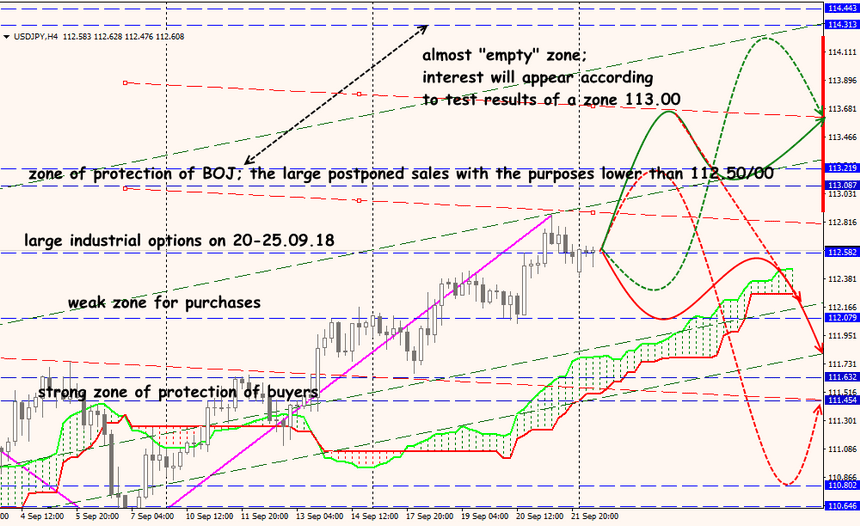