None of the world's problems is losing urgency, but speculators intend to react only to the results of the US elections.

From the events of the past week, we note:

The policy remains unchanged, but public documents indicate the possibility of adjusting monetary stimulus at the December meeting after the formulation of new forecasts and a reassessment of the risk balance for the outlook.

Lady Christine issued a gloomy statement (in the best traditions of Mario Draghi) that the economic growth prospects are assessed as critical negative, in December the ECB will increase incentives to support economic growth and inflation. The second wave of coronavirus and the duration of new quarantine measures remain the main driver; with the abolition of quarantine in the Eurozone countries from the beginning of December, the actual decision of the ECB may lead to an increase in all assets with the participation of the euro.

The yuan rose against the dollar after China's leaders approved a new five-year plan for sustainable economic growth that calls for a stronger currency. The country will push for a double-circulation model until 2025 and will join efforts to expand domestic demand with supply-side reforms. The plan assumes the PRC's self-sufficiency in technology. The published communiqué does not specify a specific target for growth (in%), but states that China is aiming to reach the level of the 100 largest countries in terms of external GDP by 2035.

The dynamics depend on the outcome of the negotiations, the BOE policy and the quality of economic reports; the decision on a more severe quarantine (from November 4) will provide pressure on the pound. The next round of negotiations in Brussels was supposed to end on November 1, but a solution has not yet been found on key issues.

Biden's victory should lead to additional concessions from Johnson, since it is clear that Biden will side with the EU and in the absence of a Brexit trade deal, a quick and profitable deal with the US is unlikely. Both sides set the deadline for November 15, although hypothetically it cannot be ruled out that the transition period will be extended to March if a real compromise is reached this year.

There is no doubt about the double recession of the British economy, the new quarantine will cause a steep drop in GDP, which will force BOE to reduce rates to negative values or, at least, introduce control over the British Treasuries yields.

The BOE decision and Bailey's rhetoric on Thursday are important for assessing the chances of new incentives, and new measures cannot be completely ruled out at the November meeting. Progress in Brexit negotiations will be short-term positive for the pound.

Further − about the main thing:

The result will be clear on the morning of November 4, but only if one of the candidates admits defeat. Alas, due to mass voting by mail, the counting of votes can drag on for several days or even weeks.

Democratic supporters intend to vote by mail, and Republican supporters personally, so the result will become clear only in case of a clear victory of Biden (if the preponderance of the «quick» votes of personal voting is not in doubt), in the event of an unlikely victory for Trump, the wait may drag on at least until the end of the week ...

Markets will panic until one of the candidates admits defeat because the main fear for investors is the contested election result, then the lawsuit could drag on until the summer. The admission of defeat by one of the candidates will lead to the growth of stock markets, the duration and strength of this rally depend on the personality of the winning candidate and the balance of power in the US Congress. With a contested election result, the fall in the US stock market will continue in a sheer style amid a rising dollar.

The dollar is negative in any outlook, but the dollar is inversely correlated in the short term. The US stock market will rise, but investors will keep a close eye on Biden's promises to raise taxes, and there may be massive profit-taking at the end of the year.

The negative for the dollar, although less obvious in the short term than in the first scenario.

The fiscal stimulus package will be minimal, but investors may show optimism against the backdrop of the refusal to raise taxes due to Republican resistance. The stock market will fall short-term but will compensate for losses in the Christmas rally.

The biggest bets are on Biden's victory, even though the Democrats will leave the lower house of the US Congress under their control, the situation is not transparent with the Senate. The distribution of seats between Democrats and Republicans in the Senate is the most dangerous big uncertainty at the moment. 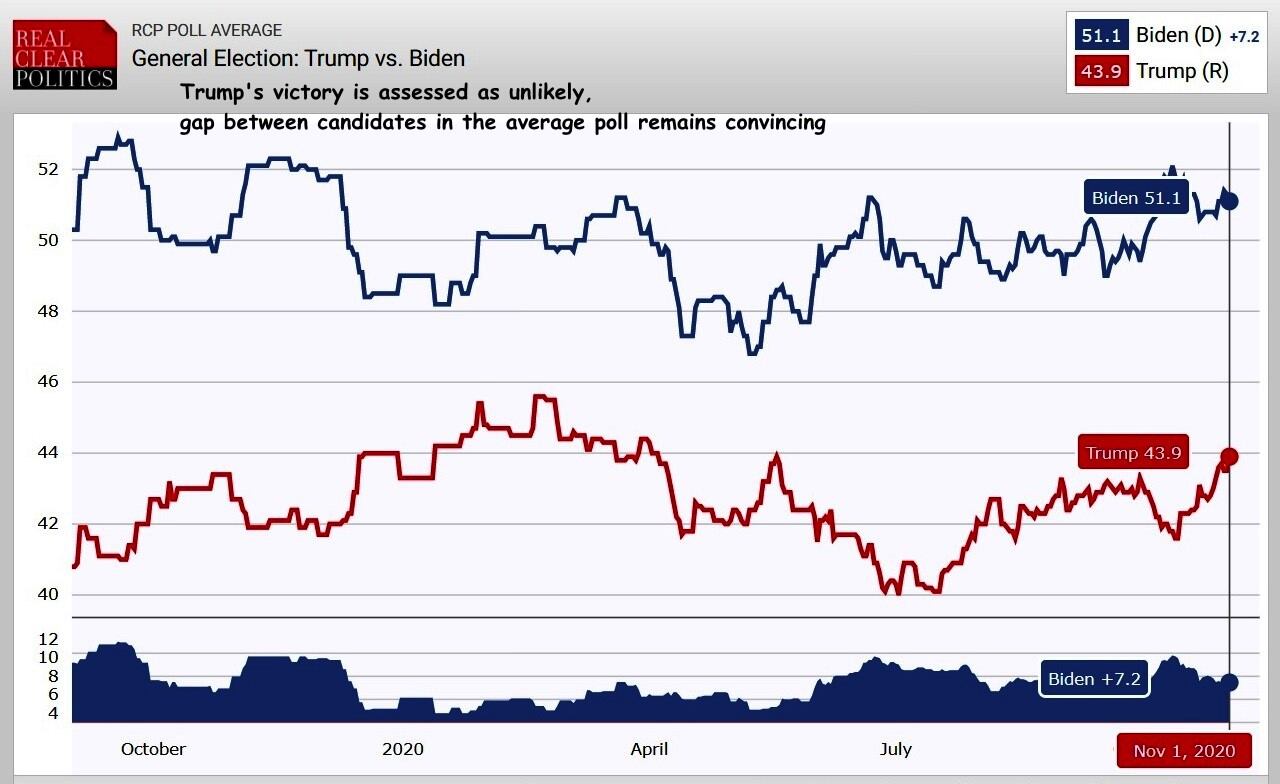 The «horror» for the market will be a situation when any of the candidates does not recognize the result, and the country will be dragged into a long lawsuit in the absence of power. The US stock market will collapse on the back of a rising dollar. If Biden wins, Trump will be extremely dangerous during the transition period and could cause a lot of trouble for the markets. 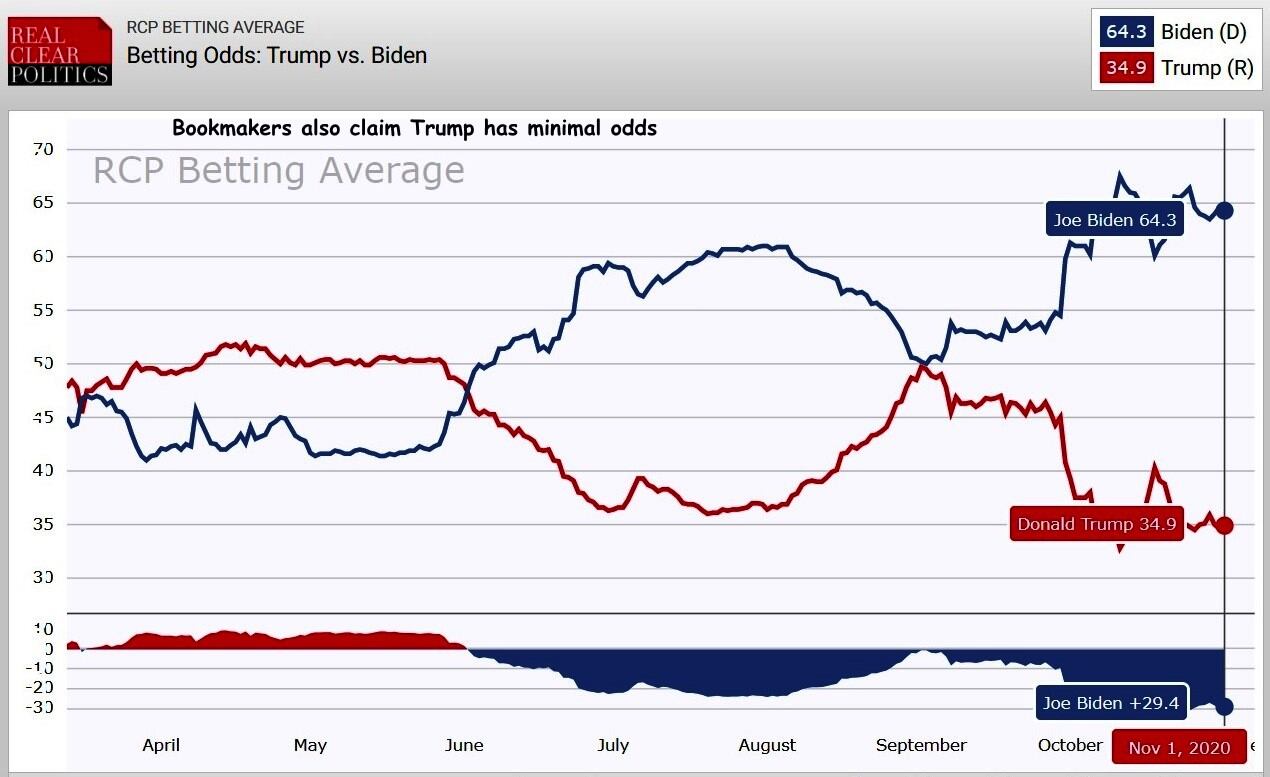 Trump's chances of winning are scanty; America, overwhelmed by the coronavirus, has not forgiven Trump for his policies during the pandemic. But Trump's victory cannot be completely ruled out.

For those who intend to follow the election process and commentary online, we recommend live broadcasts of and news channels (for example, on YouTube), as well as live thematic blogs USA Today, The Wall Street Journal, The New York Times, Los Angeles Times, The Washington Post, Daily News.

offers the most comprehensive guide to election results in every state, both in terms of polling station closures and the likely counting speed and party patterns that will be implemented on election night due to different pre- and postal voting rules.

A simpler, but very nice website is also available on poll closing times. Also note their great, you can use as results come in or to test different scenarios.

The publication of economic data this week is not cancelled:

We remind you that for US reports, the transition to winter time should be considered.

No policy changes are expected at the upcoming Fed meeting. Even though the actual US economic data continues to come out better than forecast, the second wave of the coronavirus pandemic with tightening quarantine measures in Europe should force Fed members to consider the possibility of launching new stimulus when the situation worsens.

Any change in Powell's rhetoric with Biden's victory is curious, but it will still be bleak in terms of prospects. The Fed will prefer to wait for the situation after the elections. The main attention during the press conference should be paid to the possibility of adding new monetary incentives, including the expansion of the QE program and the introduction of control over the yield of US Treasuries.

The Fed continues «a period of silence»; the speeches of the Fed members after the NFP publication will put pressure on the financial markets. ECB President Lagarde will attend the Eurogroup meeting on Tuesday, but no public announcements are expected.

The Fed meeting, NFP, economic reports of the «first-tier» will, in any case, be perceived by the markets in the background, strong data can increase the positive in the presence of a clear winner, but with a contested election result, investors will ignore any data and Powell's attempts to influence the situation. 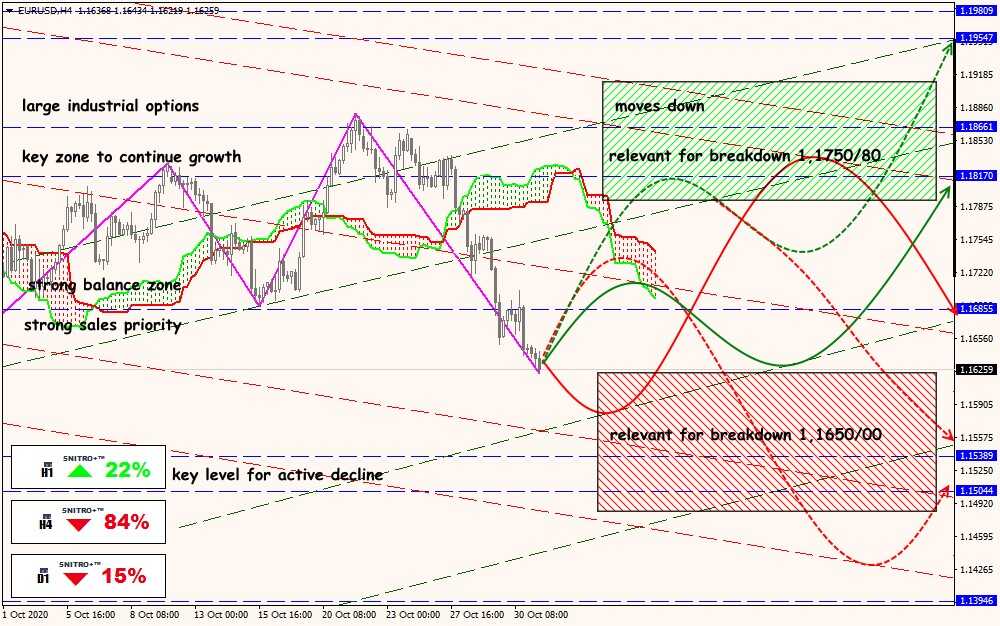 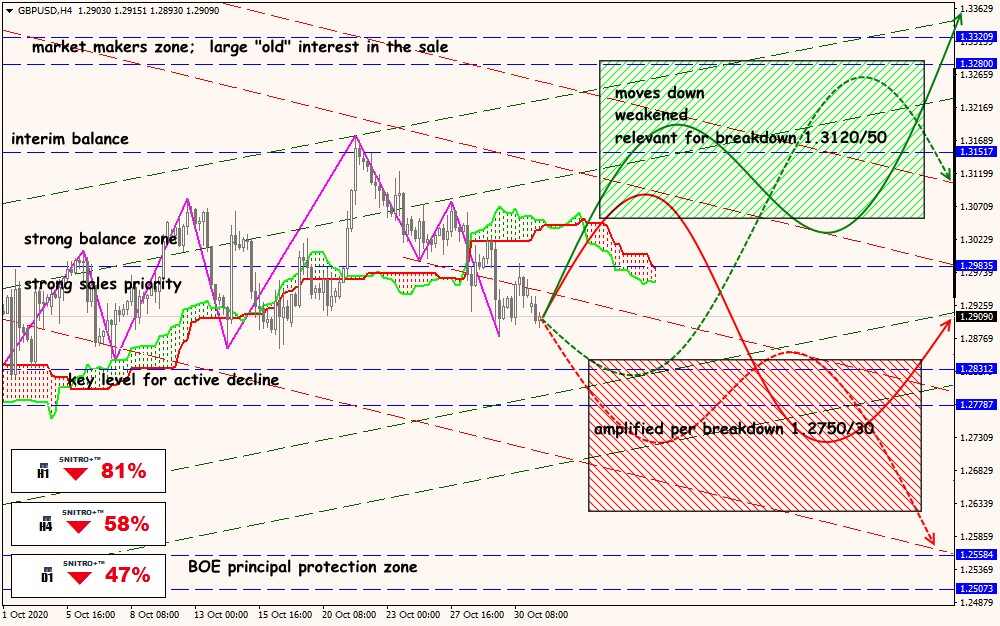 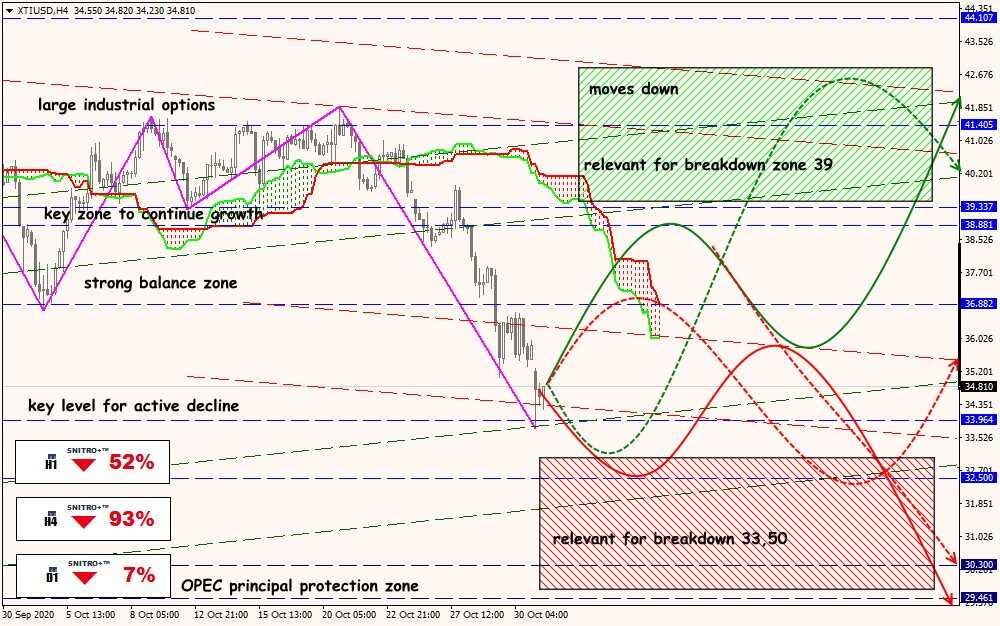