Brexit: the last set is played without a tie-break

The unexpectedly strong NFP and traditionally weak Powell couldn't distract the markets from the British scandals and the Chinese promises. The world is tired of divorce proceedings of the EU, but the EU-Johnson ping-pong proceeds.

The British Prime Minister gave the EU the «new» plan again, EU rejected it once again. Providing the choice to Northern Ireland concerning normative rules of the EU or Britain with the obligation of the EU to refuse check of border endangers the uniform market of the EU. Alas, London still has no other ways of solving the problem. Insiders report about a deadline for the new plan till 11 October to include its possible discussion on the agenda of the summit of leaders of the EU on 17-18 October.

The idea the earlier elections is extremely dangerous to Britain now as the victory will be obviously received by supporters of rigid Brexit and then nothing will prevent exit from the EU without trade agreement.

The opposition of the Parliament filed to the Scotland court the claim concerning statements of the government for non-obedience to Benn's law and brought about 200,000 protesters to mass protests.

Johnson directed to the sessional court written assurances that he will ask the EU about a delay if he isn't able to settle terms of a commercial agreement. Now any compromise between London and Brussels concluded on an falling tag can send GBP/USD to the level of $1.5 (it was there prior to a 2016th referendum), and uncontrollable Brexit – to parity with dollar.

The September report on labour market appeared rather strong and morally compensated failure ISM reports of the industry and services. Falling of unemployment rates to new minima, at preservation of a high level of participation in labour became the main positive. The rhetoric of members of FRS after the publication was contradictory, reaction of the market turned out weak as large participants of the market continue to expect on further delay of economy.

Powell in the performance preferred not to comment on separate data that is quite clear. It is difficult to recognize that the USA has no immunity to the foreign trade problems, and the production burdened with trade wars begins to pull for itself to the bog the service sector. This is a very strong argument for Trump, against which the Democrats in 2020 can bet on the inefficiency of his economic policy.

The next search of a compromise is planned in two rounds: today and tomorrow technical negotiations at the level of sales representatives, on Thursday – summits will take place.

Trump in a conversation with the president of China promised not to touch upon a subject of protests in Hong Kong though he tried to discuss the prospects of the Chinese pressure upon Joe Biden and also on senator Elisabeth Warren. Donald, alas, didn't receive support in this question.

Despite an emitted tweet Trump optimism, a circle of questions which Beijing intends to discuss at the forthcoming negotiations was considerably narrowed. Discussion of a subject of reforming of industrial policy and government subsidies of China are excluded from the agenda though correction of these actions was one of the main requirements of the USA.

The mutual delay of introduction of additional duties increases the chances of positive results of negotiations, in case of the fissile progress it is necessary to expect appetite to risk in all markets since 15 October. Expectations of the decrease in the rate by FRS at a meeting on 30 October can sharply decrease that will lead to the short-term growth of dollar.

And there is a little more news briefly:

Current week we wait for data on inflation of the consumer's prices of the USA and the Eurozone.

The pound depends on Brexit events too much, but it is worth paying attention to economic data after change of the position of BOE which now doesn't exclude decrease in a rate at any option of a divorce with the EU. On Thursday there will be large volume of statistics after which Carney's performance is expected.

China will return on the market together with the publication of the remained data on PMI tomorrow.

The protocol of FRS published on 9 October is hopelessly obsolete taking into account failure ISM reports of the industry and services and also the importance of result of negotiations with China. However reasonings of members of FRS on further strategy, inflation and balance of the Federal Reserve System can give the best comprehension of actions of this extremely unsuccessful team under the leadership of Powell.

Powell this week intends to act three times, but only the performance on Wednesday can be of interest to traders. Regarding the ECB there isn't expected of important comments, Lagarde only accepts affairs that levels any scratches of negative surprises prior to a December meeting. On Thursday the publication of the protocol of the last meeting in the presence in the text of confirmation of split in the ECB can lead to the growth of euro. 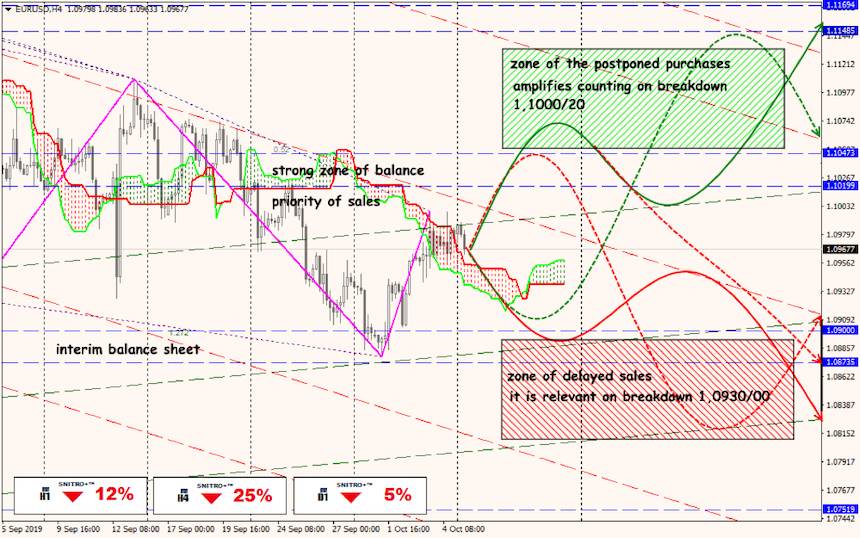 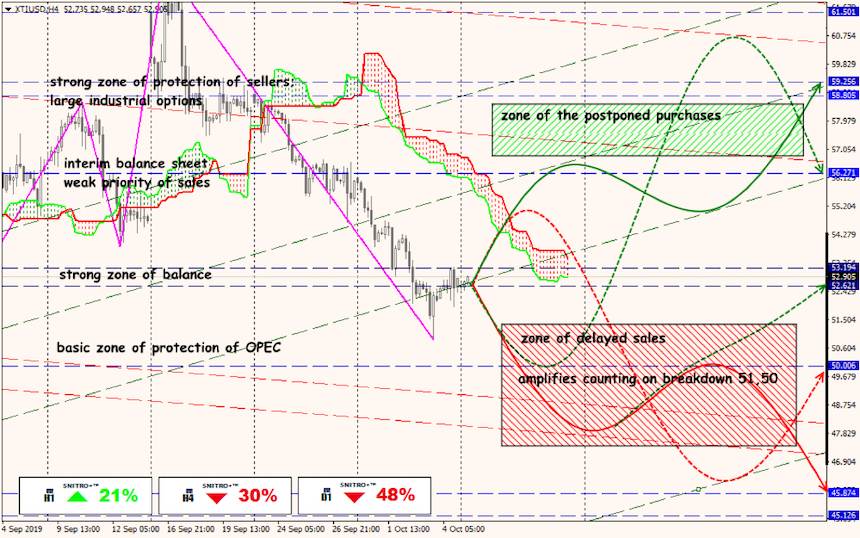