At the current pace of asset purchases, ECB runs the risk to use a large part of the PEPP program of €750 billion by the fourth quarter of this year, that is, before the negative of the pandemic will be overcome. But ECB managed to surprise politicians and analysts: a program of emergency bond-buying will receive additional funding by €600 billion, the duration of the program is extended until July 2021 with the reinvestments to the end of 2022. The decision of ECB exceeded the average market expectations, which caused a rise in the Euro. Waiting for the reduction in spreads of peripheral bonds compared to more powerful assets, such as German.

ECB presented the forecasts for the years 2020-2022, in which GDP growth was adjusted for the decrease in 2020 is, but to increase in subsequent years. Inflation forecasts were revised down with the possible adjustment in January 2021. ECB reminded that the Eurozone will suffer from a sharp economic downturn and weakening inflation. And it is not the fact that the current amount of stimulus will be enough, and the resulting loss of European economy in 2020 will amount to 8.7%, up from 5-10% more.

At a press conference, Lagarde in the best tradition of Mario Draghi said that the decision to increase the size of the PEPP was made «broad consensus». This means there is no consent, at least, the Bundesbank and the Central Bank of the Netherlands, that is, the split within the ECB persists. The active intervention of the ECB in the debt market can be only short-term «emergency», that does not negate the need for the redistribution of money from Northern EU countries to the South.

Already after the ADP report, it was clear that labour market data would be better than forecast, but all the same, the growth of new jobs and the fall in the U3 unemployment rate in the May report shocked the markets and raised doubts about the need for further fiscal and monetary incentives. By the way, the Canadian labour market report also went above the forecast, and NASDAQ after the publication of US data updated the historical maximum.

Nevertheless, it is obvious that economic growth is still far from the levels before the pandemic and is based only on the huge liquidity of the US Treasury and the Fed.

So the Fed meeting on Wednesday, June 10, the markets are waiting with concern. Powell’s ideas so far have been saved by a fall in consumer demand, since in April the Americans preferred to repay loans instead of purchases, but with a sharp recovery in the labour market, inflation could become uncontrollable. It is unlikely that the Fed will promise to keep rates until the end of 2021, as Powell hinted earlier, but until the end of this year, it is quite logical.

To insure against adverse effects, the Fed may raise the rate of excess reserves. Investors are waiting for a decision on the future of QE program size, completion date and profit curve target. The Fed will not necessarily provide new economic forecasts, but their absence will be strong negative. Drawing attention to the Fed’s projections of GDP growth, inflation, and unemployment rates, it is likely that several scenarios will be presented.

The focus temporarily shifted from the Covid-19 epidemic to a riot in the United States, but interest faded once the authorities managed to clean up New York and Washington. Local media wars continue: Twitter removed Trump’s eulogy speech. Trump promised to remove Twitter and other social media as well. Rallies and protests in the US caused by another racist scandal did not have a strong impact on the dollar.

But no one can now say for sure whether China is complying with the full scope of the January deal. Trump's attempts to remove Chinese stocks from US stock exchanges, impose sanctions against Hong Kong and Chinese financial corporations only provoke an Asian secretive but tough response. Beijing is much less shouting and threatening, but it succeeds in strengthening its role in the political market and successfully takes away the remnants of the electorate from Trump before the election.

The robust growth of the British currency seems illogical, given that there are no intrinsic factors - economic or political - for the process. Another round of Brexit negotiations failed, but Barnier and Frost tried to avoid harsh rhetoric, not excluding a political breakthrough. Barnier asked Frost to negotiate «face to face» at the end of June and Frost accepted the offer. Analysts believe that the probability of a trade deal with the EU is still above 50%.

Attention is drawn to the statistics on GDP, which are projected to lose about 20% per month, 12% per quarter, and 24% per year. Obviously, these statistics are unlikely to support a pound, even if the actual figures are less disastrous.

Reports on stocks confirm that the OPEC deal+ to reduce oil production brings tangible effect. Thanks to an unexpected mutual understanding and joint efforts of Saudi Arabia and Russia managed to secure a breakthrough in negotiations with Iraq, the country promises to increase the level of execution of the transaction to reduce production. OPEC+outside OPEC agreed to extend the contract for a reduction of 9.6 mln barrels for another month. Mexico refused to renew the agreement, the participation of Algeria, Libya and Nigeria in the current transaction is not yet confirmed.

The new agreement depends on the fulfillment of quotas by all countries if the quotas are not enforced – the current agreement may be cancelled. With a stable price above $40 us shale oil will get a second wind, but this is no one thinks.

The main data of the U.S. will be consumer price inflation and weekly jobless claims. The Eurozone should track GDP for Q1 in the second reading. China will be pleased with the trade balance and inflation report.

Today, you can listen to the report Lagarde before a European Parliament Committee, although the head of the ECB and its students poorly understand the subject of the report. In the second half of the week, fed members will explain their positions and predictions. In General, the market attention switched to a summit of EU leaders on the recovery Fund on June 19 and Johnson's meeting with Ursula von der Leyen at the end of July. 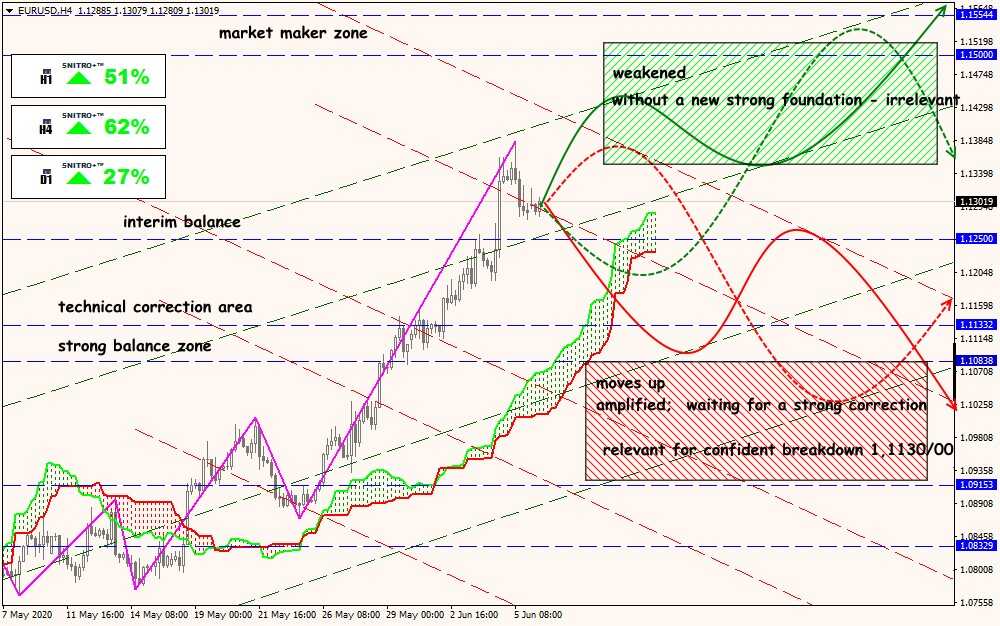 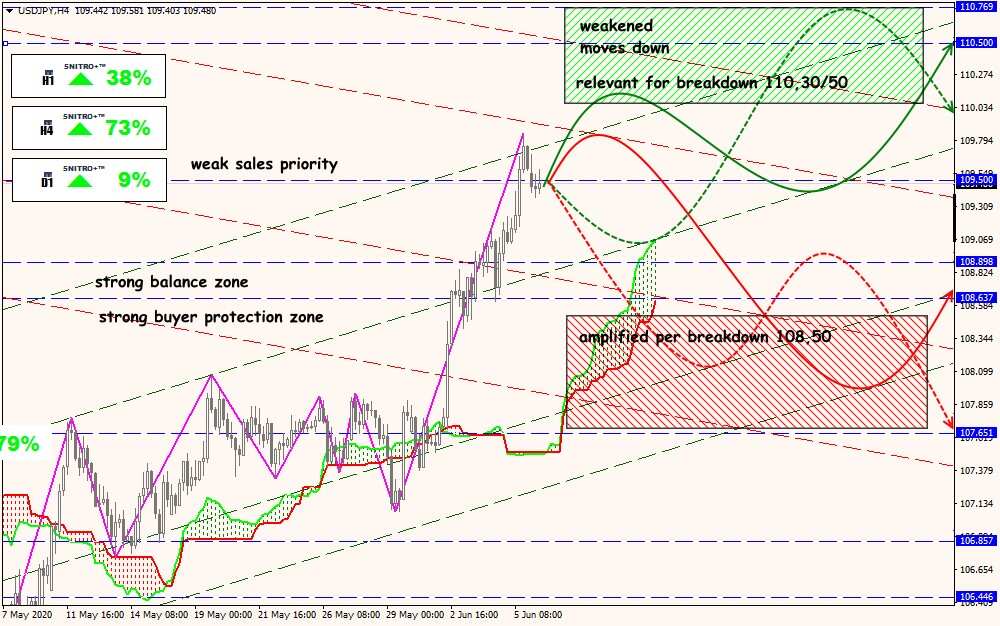