All roads are slippery when there are no brakes

Iran’s aggressive response to U.S. provocations, December’s NFP are weaker than expectations and a friendly Brexit vote have provided markets with new levels. And the higher, the scarier.

The murdered General Suleimani remains a factor in pressure on markets: exporting countries loud in praises to him as a man who gave his life for oil, and the buying countries hate him for it. It is possible to consider the American impeachment as the root cause, but also the repartition of the oil market is also relevant. The grand buyer of oil from Iraq remains India and China, and the US in late 2019 for the first time turned from a net importer to a net seller of oil. Now if to create problems with supplies from the Middle East regularly, and Beijing will turn towards American raw materials.

While analysts discussed the consequences of blocking the Strait of Hormuz and sabotage against the Saudis, Iran launched missile attacks on U.S. military bases in Iraq. There are no plans to withdraw from Iraq in the near future. In fact, the US hands are unleashed, but judging by the very soft reaction to the shooting down of the IAU jet near Tehran, Trump decided that economic sanctions would be more profitable.

In addition to personal sanctions against eight leaders of the country, the US imposes restrictions on 17 largest producers of steel, aluminium, copper and iron in Iran, blocks 3 companies in Seychelles and China, as well as one ship that is «involved in the purchase and sale of Iranian metallurgical products.» The goal is to reduce export revenues and return Tehran to negotiations on a new nuclear agreement.

Both sides have demonstrated a desire to de-escalate the conflict. Demand for asylum assets rose, gold surging above $1,600 an ounce, and the yield of 10-year treasuries, which need a dollar to buy, collapsed by 1.5%. Full-scale military action cannot be ruled out, especially since the Brent and WTI rally is particularly beneficial to the US: against the background of rising geopolitical risks, the US dollar has issued the best week in the last two months. If the US-Iran conflict escalates, the dollar will win.

The NFP was in negative forecasts, but this data is not enough to correct US growth forecasts and the FRS's rate policy. The main downside of the report is the decline in wage growth.

The Speaker of the Lower House of Congress, Pelosi, intends to refer Trump's impeachment case to the Senate on Friday. If the Senate decides to hear witness testimony, markets will escape risk amid the dollar's fall. If the Senate decides to investigate the reduced procedure − there will be no reaction in the markets. In any case, this epic should end next week and seriously Trump is not threatened.

Johnson’s Brexit project has been passed by the House of Commons. The vote in the House of Lords will be formal, and the official exit will take place on 31 January. The trade deal in this draft leaves open the issue of the format of relations with the EU: Johnson dreams of concluding a free trade agreement under the EU-Canada scheme before the end of the transition period, which, in the current opinion of the European Commission, is impossible. Ursula von der Leien advised the British government to rethink the possibility of extending the Brexit transition period for another two years.

Britain's economic data has been failing for months to come, the threat of a lower BOE rate will lead to downward short-term pressure on the pound. We pay attention to GDP statistics today, inflation report on Wednesday and retail sales on Friday.

China's trade delegation will arrive in Washington today, and the signing of the «first phase» agreement is scheduled for 15 January. Xi Jinping is well aware that if you have been called a «good guy» and a «good friend» 100 times in the United States, you should not rejoice, but better to clarify immediately − what is needed? Alas, China's last-minute rejection of the treaty (as it was last May) is not excluded, so Trump had to allow the key event to be postponed by 1-2 days. The fact of making a trade deal will lead to an increase in risk appetite, especially if S&P's reporting season meets expectations. The rise of the dollar will be short-term.

Apart from political events, this week will please us with statistics:

The Fed member's speeches are interesting by comments from December's NFP, especially after retail sales data, but a sharp reversal of rhetoric is unlikely. Tomorrow, the New York Federal Reserve will present a new monthly schedule for US STO purchases and dollar liquidity injection through REPO operations, which will have a significant impact on the dynamics of all markets.

European Commissioner for Trade Hogan will visit Washington on 14-16 January for talks with Lighthizer on the US-EU trade agreement, retaliatory US sanctions on France's digital tax and the future of the WTO. A positive for the euro on this topic is unlikely, just because Hogan openly criticizes Trump and is not ready for compromises.

It is worth examining the ECB's meeting minutes dated 12 December, which will be published on Thursday, before Lagarde's speech at 19.00CET. The ECB head's rhetoric should be optimistic, leading to a rise in the euro. 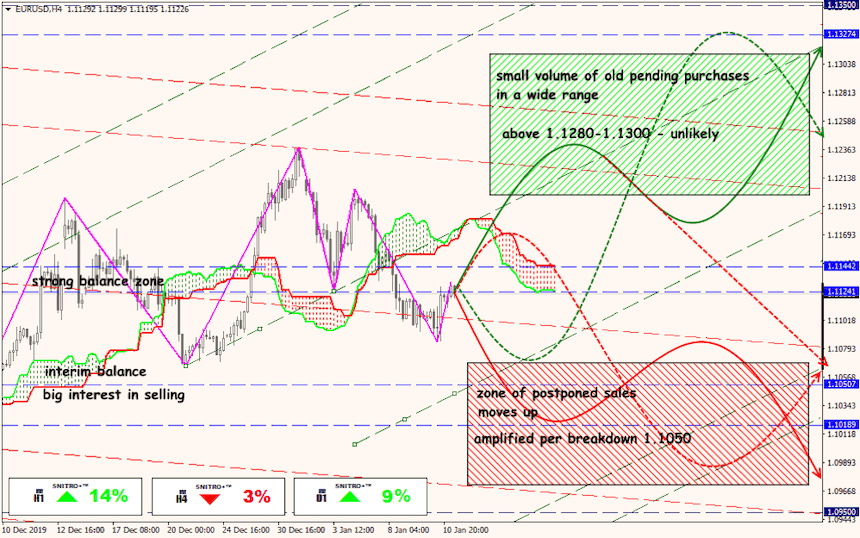 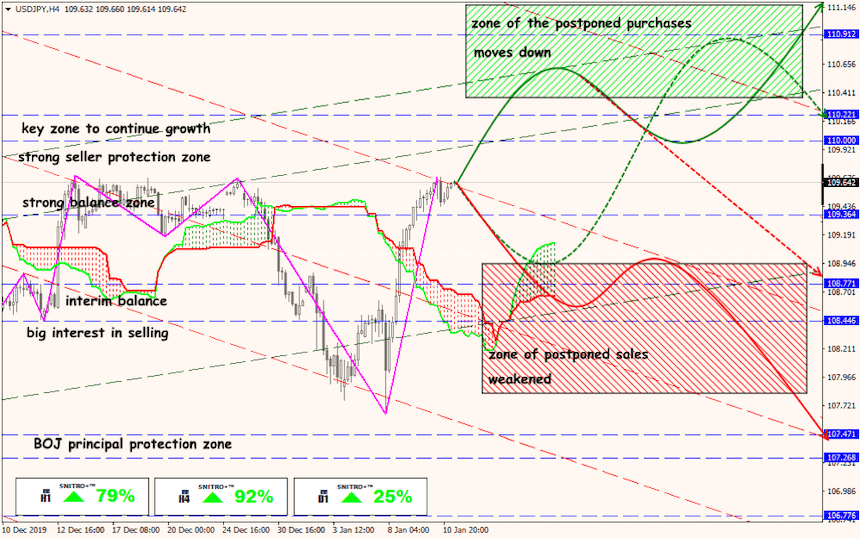