Youre fired, Mr. Trump! America made a choice

The White House has changed its owner;  COVID-19 took the level of 50 mln. Yuan won back 50% of losses from the trade war;  Brexit has lost an anti-European partner.

Trump lost the battle for a second term, but this is his fault. Even if we take into account that the average American voter is indifferent to foreign policy and almost does not notice economic reforms, the country did not forgive the president for the failure of the fight against the coronavirus (230 thousand deaths) and the ricochets of the trade war with China. Public rudeness, disrespect for the voter and political rigidity led to the loss of several tens of thousands of votes in key states.

On Saturday, both candidates announced their election victories, but world leaders see the real picture − 306 electoral college votes well above the 270 victory threshold − and congratulate Biden.

Biden's victory promises the EU countries an unprecedented GDP growth on solving trade problems, introducing a digital tax on the activities of American companies in Europe, returning lost business in Iran, returning the United States to a climate agreement with forcing Britain to make concessions in Brexit negotiations.

The EU intends from the opening of the week to introduce new trade duties on US goods, implementing the WTO decision, which will mark the beginning of friendship with the new Biden administration. Greetings from the prime ministers of Britain and Israel, as well as the leaders of the OPEC countries, were more official.

Both presidential candidates have already announced their plans for the future.

Trump prepares to file lawsuits. Potentially, the results in several states could be revised, but experts are confident that the overall result will not change.

Biden said that after his inauguration on January 20, he will join the United States to the Paris Climate Agreement, reverse the United States' withdrawal from WHO, and relax laws for immigrants. Biden intends to set up a working group on coronavirus today. But so far all the aspirations of the winner are limited to executive orders, for the Democrats have not been able to gain control over the Senate.

The second round of two Senate seats in Georgia will take place on January 5, and if the Democrats win, the Senate vote will be 50-50, which, given Vice President Harris's vote, will give the Democrats an advantage. As long as the Senate Majority Leader will still remain McConnell. He has already said that the package of new fiscal stimulus should be small, as the US economy continues to recover. The lack of Democratic control over the Senate negates the chances of antitrust law with a division of FAANG companies and significantly reduces the chances of tax increases. However, there are many fiscal hawks among Republicans, so a compromise is quite possible. Probably, Biden will announce the need for more stringent quarantine measures and the democratic states will begin to change their isolation policy even before the inauguration on January 20.

This week's calendar is not very busy, but there are statistics worthy of our attention:

Powell will speak at the ECB's virtual forum on Thursday, but Jay's rhetoric is not expected to change. The ECB, represented by Lagarde, will speak out several times, but the most interesting is the statement at the opening of the ECB policy review forum on Wednesday.

The beginning of this week will determine the short-term dynamics of the markets.

US assets should not be expected to be particularly positive. The dollar plans to decline due to the policy of globalization, the restoration of ties with traditional partners of the United States, the abolition of Trump's trade duties amid a growing budget deficit.

If Trump announces the filing of a lawsuit against the election result to the Supreme Court, and Biden states the need for new quarantine measures across the country, risk aversion will begin amid a rising dollar, which could last several days or even weeks. 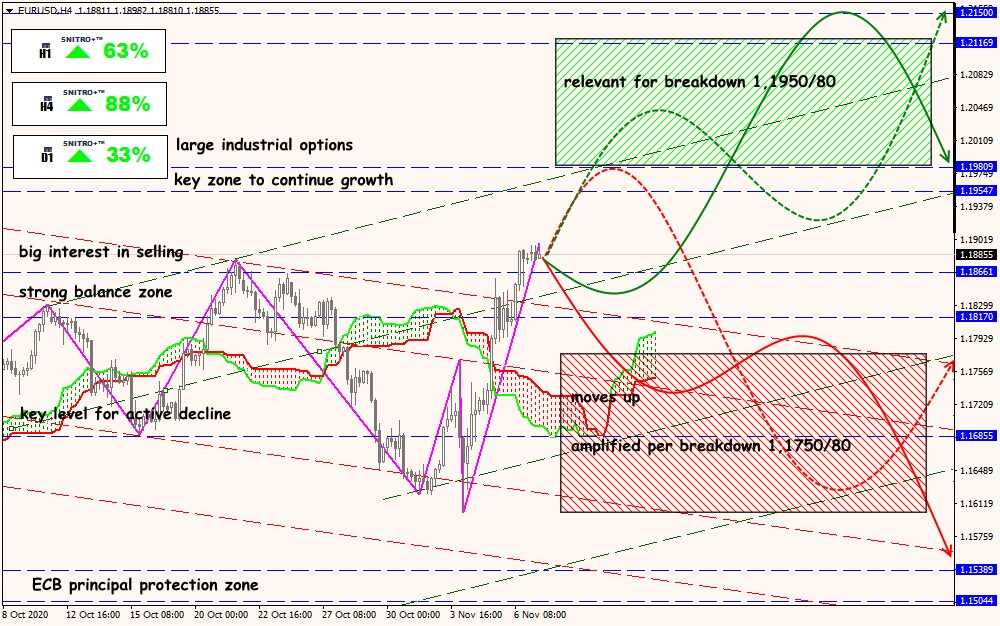 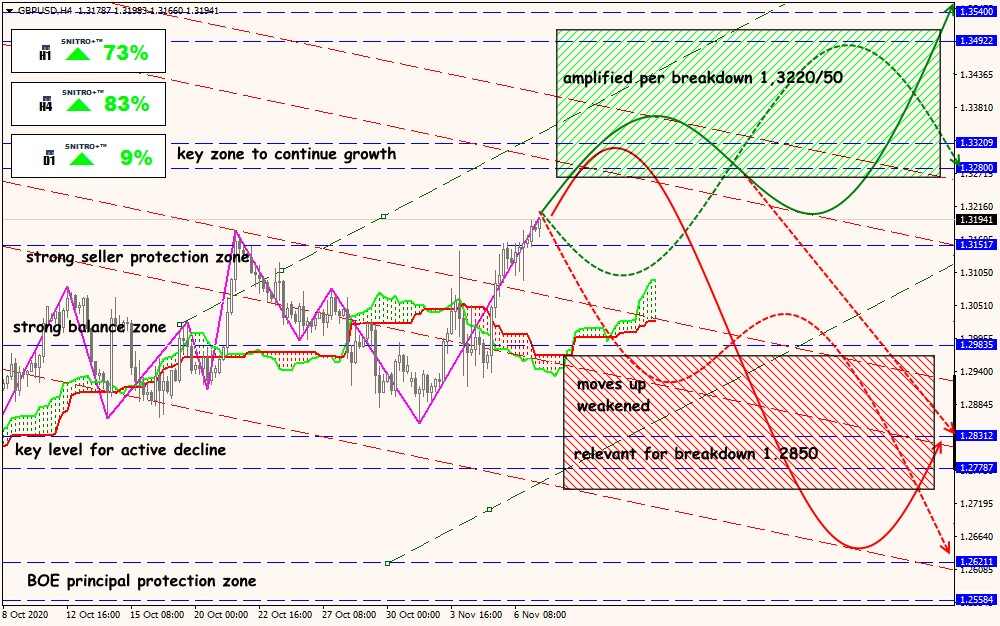 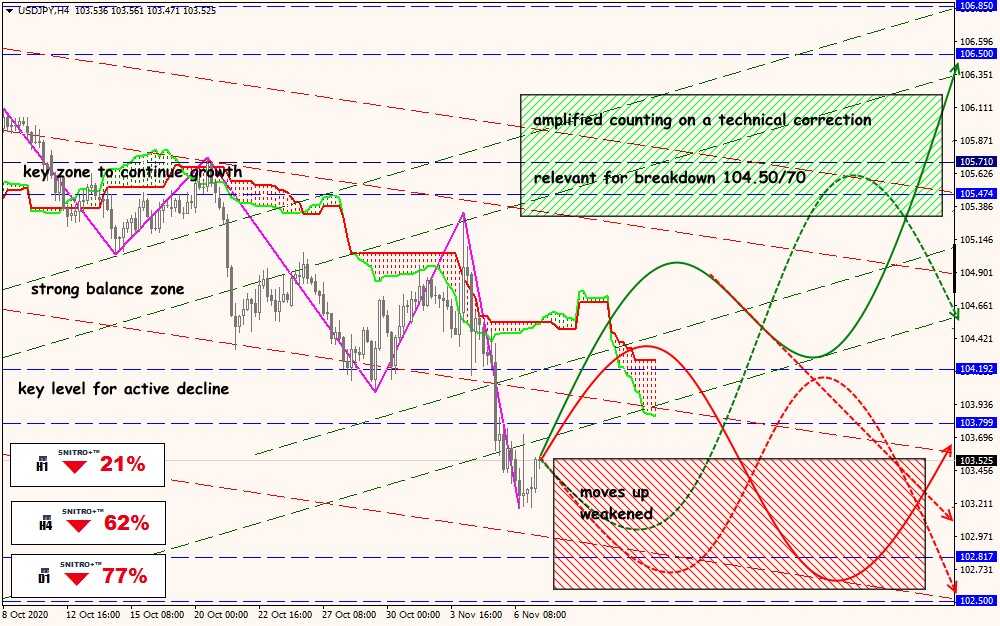 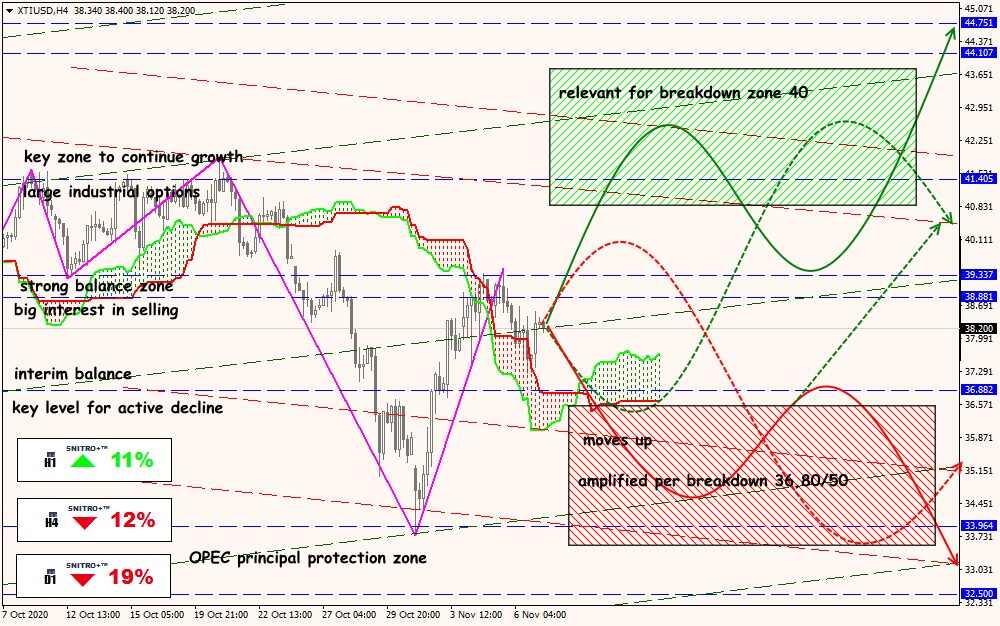