World continues to hurt, but logic returns to markets

US elections gave way to vaccine news; Europe's economy goes into free fall. The second wave of the pandemic is collecting new victims.

The much-touted high potency of the vaccine from Pfizer and BioNTech has had more positive impacts on the markets than one might imagine, but being overly optimistic today could be a big failure tomorrow. If further trials of the vaccine show weaker results and/or difficulties arise in its production and distribution, then the collapse of the baseline is guaranteed for the leading countries.

In the meantime, the de facto winner of the US election gets into action. The leaders of the Democratic Congress of the United States, Pelosi and Schumer, after consulting with Biden, announced the urgent need for a new fiscal stimulus package worth $ 2.2 trillion in connection with the second wave of the pandemic. Senate Majority Leader McConnell is still resisting, and Mnuchin was generally removed from the discussion process, so it is unlikely that a common compromise, at least in terms of the number of incentives, will be reached by the end of the year.

Trump will not want to sign the bill on new incentives, otherwise the growth of the national debt «politically «Will hang on him, and Biden will get a positive economic effect.

On the subject of recognizing the election results, the situation is only heating up, although most of the image-makers have already left the team of the incumbent president. Trump's headquarters had to curtail campaigning after active trolling from Biden supporters; during a poorly organized rally in support of Trump, at least 20 people were detained, at least one person was stabbed. Trump has practically no options for direct pressure on the electoral college.

The manipulation of (unconfirmed!) Information about the readiness of the COVID-19 vaccine led to a sharp increase in T-bills yields, but investors remembered in time that for the Fed, an increase in yield above 1.0% was unacceptable. Biden's official victory stimulates the dollar's fall, but the markets will feel the real impact of the new administration no earlier than January 20.

The dynamics of the pound also depends on the Brexit process. EU officials reaffirmed November 18 as the last deadline, otherwise there will not be enough time for the ratification process before the end of the December 31 transition period.

Earlier it was assumed that the ambassadors of the EU countries will be familiarized with the draft Brexit agreement before the virtual summit of the EU leaders (November 19).

But there is still no result of the negotiations, the meeting between Barnier and Frost was short and tough, after which the parties took a break until Monday. Both sides said differences remain on key issues. The debate will continue in Brussels today. The deadline for drawing up the agreement will likely be shifted to early December. Nevertheless, the dismissal of Johnson's chief adviser (on Brexit) Dominic Cummings speaks of possible concessions from Britain. On November 4, the British government introduced a new lockdown on the territory of the country − approximately until the beginning of December. So, given the deplorable state of the British economy for the pound, any positive on the topic of negotiations will be short-term.

Oil traders are in a difficult situation amid the second wave of the coronavirus pandemic, as well as a possible increase in Iranian oil production due to a change in US policy. OPEC intends to extend the current quotas for oil production by 3-6 months, so there is still time to develop compensatory measures.

Biden's presidency could dramatically change the US oil industry. At a minimum, tougher ESG rules and a ban on hydraulic fracturing are expected in federal lands, which account for about 10% of shale oil production. The United States will re-join the Paris Climate Agreement, which will lead to tougher methane emissions requirements for new and existing wells.

Recall that the G20 summit is scheduled for 21-22 online, chaired by Saudi Arabia, so it will not be possible to avoid new discussions on oil prices.

The US Senate on November 17 will vote on the controversial Judy Shelton − Trump's candidacy for the Fed leadership. Despite the massive letters and personal requests of the FRS members to the senators not to appoint Shelton, there may be enough votes, which will become another negative factor for the dollar.

There are few statistics this week and it does not have a strong impact on the market:

A strong report on US retail sales will lower investor expectations for new monetary stimulus from the Fed and could trigger massive dollar shorting.

Christine Lagarde said the ECB is ready to take new measures at its December meeting, but it is more likely that the main correction will be the PEPP purchases and the TLTRO lending program. The probability of rate correction is minimal. Lagarde will be almost daily for the coming week, but she is unlikely to be able to tell the markets anything new.

Bailey reiterated that only progress in the Brexit negotiations could «revive» the December meeting. This week, the BOE chapter will appear on the air several times, but no new topics will appear in his rhetoric.

Analysts had hoped that Powell would also make a separate statement on the Fed's outlook before the joint interview with Lagarde and Bailey, but Jay chose to remain silent. Any statements by FRS officials about the absence of plans to increase the QE program at the December meeting may lead to the closure of the dollar's shorts. 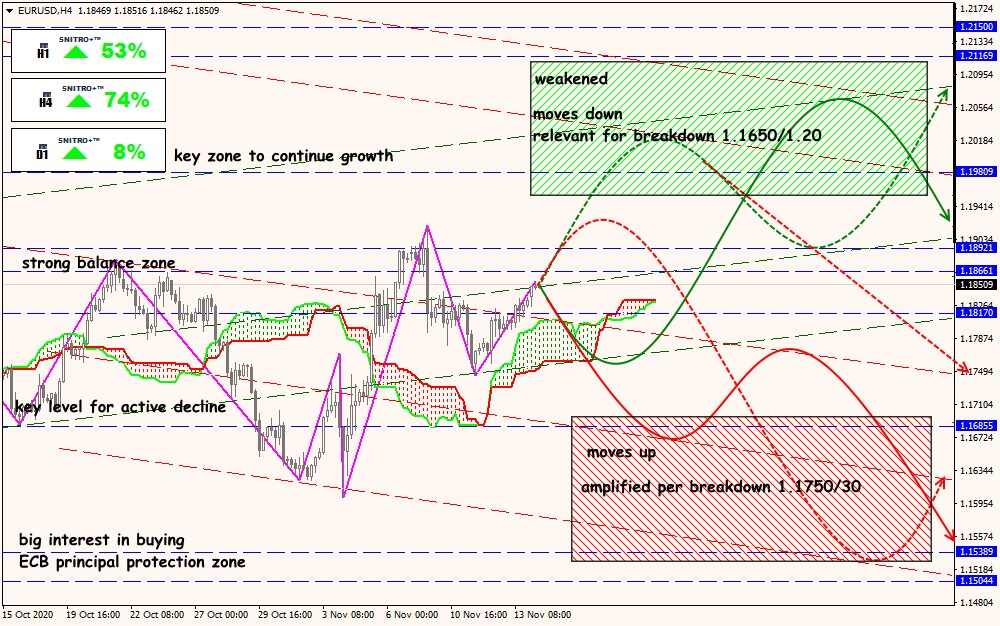 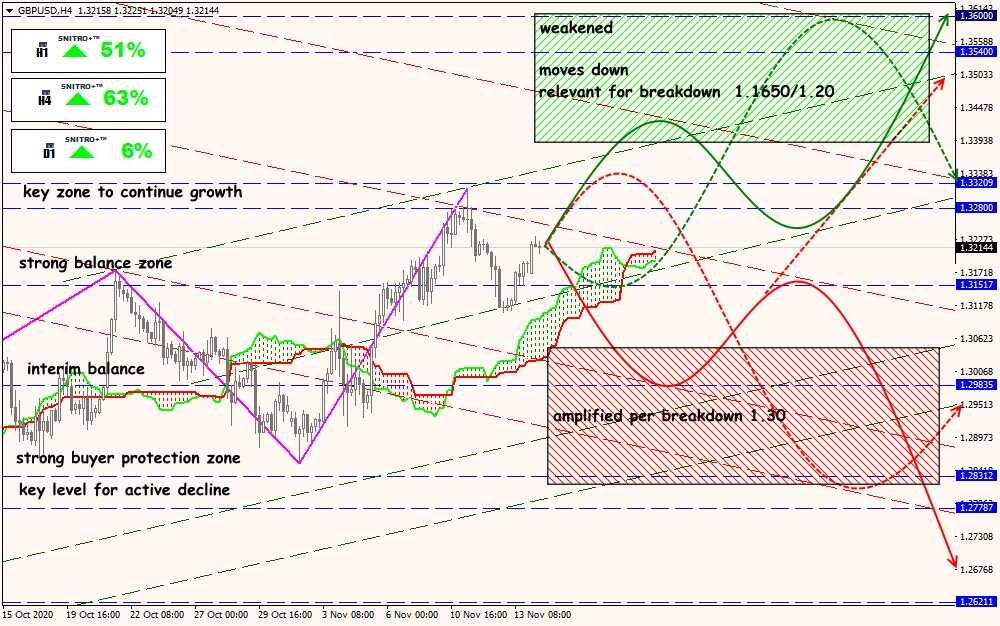 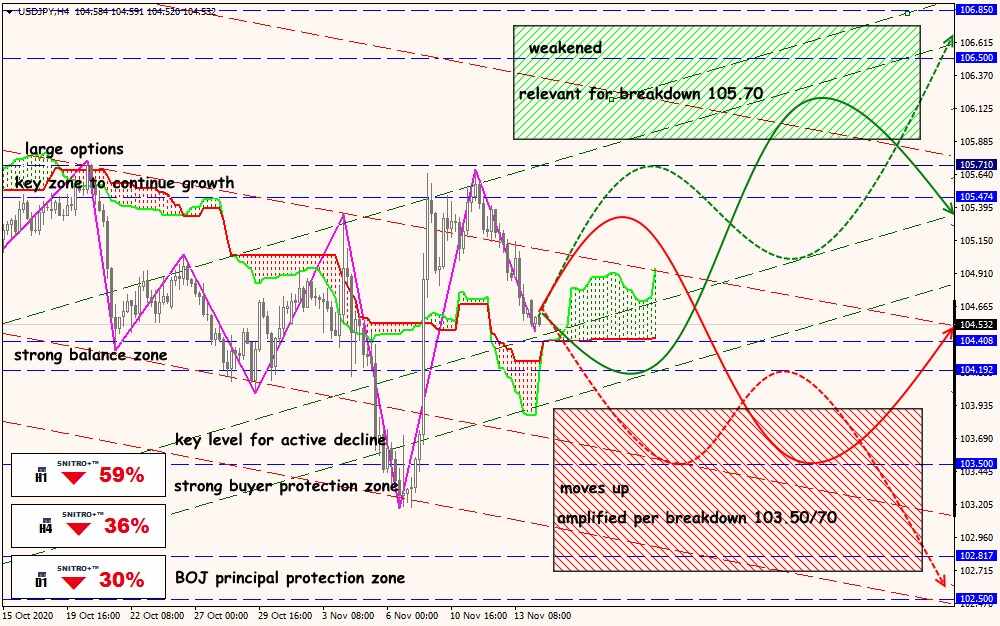 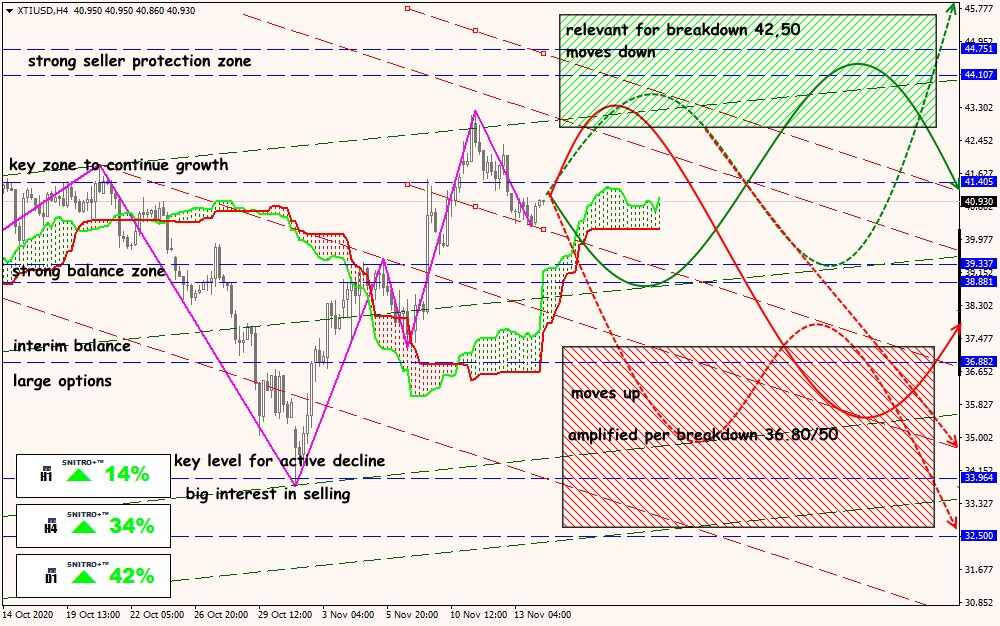