ECB expands aid program; USA closes the topic of elections; the war for Brexit continues. COVID-19 vaccines are working with politicians to bring stability back to the world.

The ECB decided to increase the size of the PEPP program by €500 billion (to €1.85 trillion) and extended its validity until March 2022, and reinvestment until the end of 2023. In addition, the terms of lending on TLTRO have become more loyal, the number of auctions and PELTRO operations has increased. The softening of the bail rules has been extended until June 2022. We remind: the ECB has already bought assets under the PEPP program in the amount of €718 billion. All decisions have already been taken into account in the quotes. New economic forecasts by the ECB were better than market expectations.

ECB President Lagarde explained that the duration of purchases of PEPP assets is directly related to financial conditions. Key dates are minimum. If the situation develops according to a favorable scenario with a rapid economic recovery and inflation, then the ECB will not have to use the PEPP volume in full, if the recovery is weak − the program can be extended for another 6-12 months. A decrease in the deposit rate is not excluded. The discrepancy between official intentions and Lagarde's promises to end the PEPP program ahead of schedule could provoke a new debt crisis in the Eurozone in the future.

By the way, at the summit, the EU leaders signed, practically without discussion, a declaration on the procedure for applying the law on the rule of law, which was reached during the negotiations between Germany and Poland with Hungary. This is understandable − the countries of the Eurozone want to receive the already allocated money as soon as possible. Nevertheless, the main parties of the European Parliament have expressed their intention to vote today for the previous bill, which will bring back the problem of Poland and Hungary's veto on the budget and the EU recovery fund. The real success of this «pseudo-democratic» action is unlikely.

Sunday's debate was unsuccessful, although short-term speculators closed long positions in GBP in full confidence that the end of negotiations and Britain's withdrawal on WTO terms would be announced. Nevertheless, the participants had a «constructive» telephone conversation and agreed to continue negotiations without any deadlines, except for December 31st.

The head of the European Commission, von der Leyen, said that the positions of both sides are so far away that even a weak positive is impossible. Johnson still expects Europe to concede, but this is highly unlikely. Discussion of the Brexit topic at the EU summit took less than 10 minutes, EU leaders announced preparations for Britain's exit from the EU without a trade agreement. Merkel has again called on the parties to compromise, but without overt enthusiasm.

We remind: the EU intends to defend its single market through the right to unilaterally increase export duties for Britain if London cuts taxes / uses subsidies / weakens deregulation rules / deviates from EU standards on sanitary, climatic and other norms. Johnson considers any option proposed by the Europeans through the prism of their terms and proposes a revision of the agreement every 4 years. If there is no deal, then the trade turnover between the EU and Britain goes under the control of the WTO rules, Britain receives higher duties, which guarantees business problems on both sides of the Channel.

Morgan Stanley expects London's FTSE 250 to fall 6-10%. The BOE meeting can only surprise with rhetoric, although Bailey has already stated that the BOE will not be able to keep the markets falling under the «hard» Brexit scenario.

At the meeting on December 16, there will be only one question to be addressed: the future of the QE program. The fog over the new congressional stimulus package and Brexit is unlikely to dissipate in the remaining two days, so it would be logical to keep the current QE volumes unchanged until the January meeting. The decision could be postponed even until a meeting in March, where new economic forecasts will be presented. Now investors are confident that the QE program will work for another 2.5-3 years, and in 2021 its volume will remain at the level of 2020.

But since Yellen will become the US Treasury under Biden, changes are not excluded at the upcoming meeting. Two criteria of the QE program are important for the reaction of the markets − size and duration, and if the Fed does decide to outline its plans, then the market reaction will be strong, but short-term.

Congressmen from both parties in the United States have concluded that it is impossible to reach agreement on all issues for an aid package before Christmas. But the Christmas rally in the US stock market hinges on the ability to accept some kind of fiscal stimulus package in the coming week. There are two options:

Senate Majority Leader McConnell's and Democrats' bills are converging on positions, so if a consensus is reached, a vote in the lower house could take place on Wednesday. However, the political games ahead of the second round of Senate elections in Georgia and Trump's weak interest in government compromise add to the situation of problems.

Increased purchases are driven by investor optimism about vaccinations, which have already started in Britain, in the US starts today, and Canada intends to launch the process this week. The upward trend is associated with the confident recovery of the Asian economy, the consumption of oil in China and India is increasing. Expectations of a recovery in global energy demand are starting to be included in the price of raw materials.

Against this background, the market even ignored the sectoral negative in the form of a sharp jump in oil reserves in the United States and the fact of an attack on an oil field in Iraq. Alas, the approval of the vaccine in the US is already factored into current prices and is unlikely to generate a violent reaction. Optimism and expectations may turn out to be overestimated, and if in the longer term, mass vaccinations in 2021 do not lead to the expected rise in consumption, then the current levels may be «disappointed» by at least 2-4 figures.

There are no fundamental reasons for continued growth yet, but if there is a risk appetite, the main benchmarks may renew highs before the inevitable technical correction.

The Electoral College will vote for the next US president today.

Fans of commodity assets will be interested in the OPEC report with detailed analytics and an overview of the oil market from the EIA.

Until Wednesday, the FRS is observing a «period of silence», after the meeting there are no important speeches planned, although they are not excluded from speculative activity in the markets. Lagarde will be attending the Eurogroup meeting on Wednesday, but there are no planned messages to the markets on her schedule. 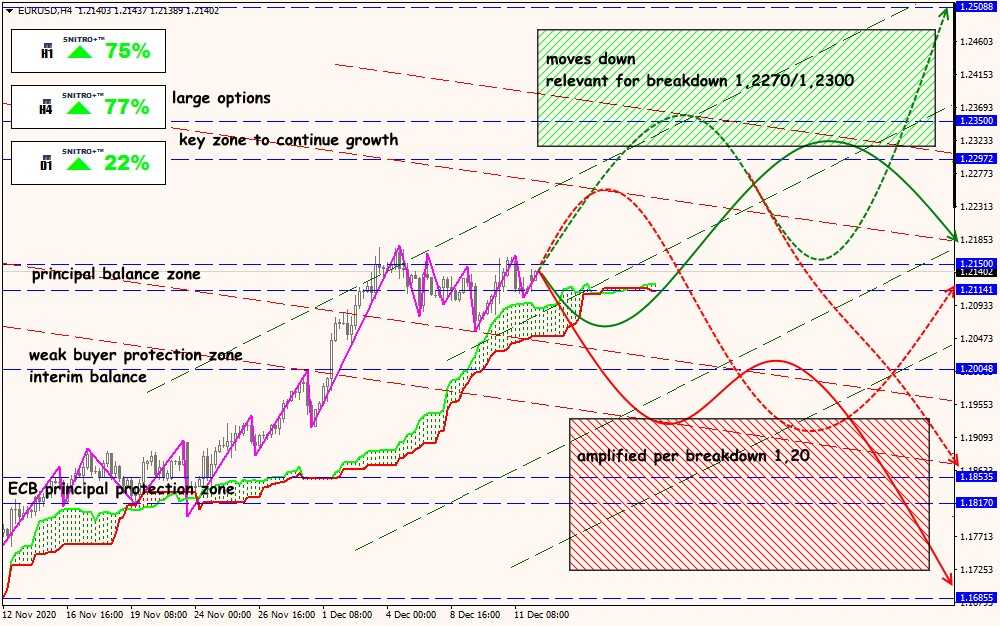 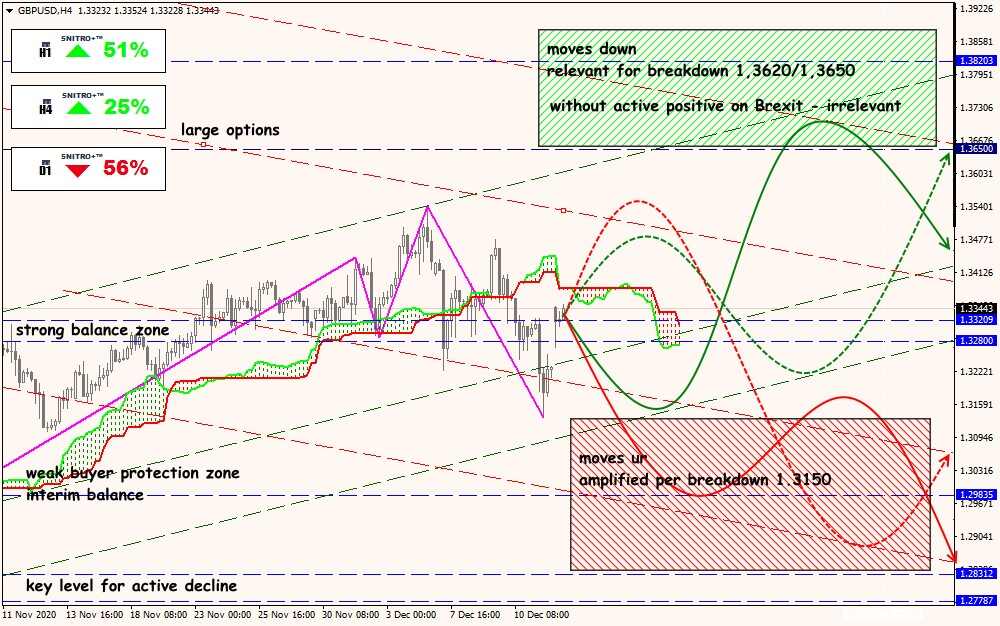 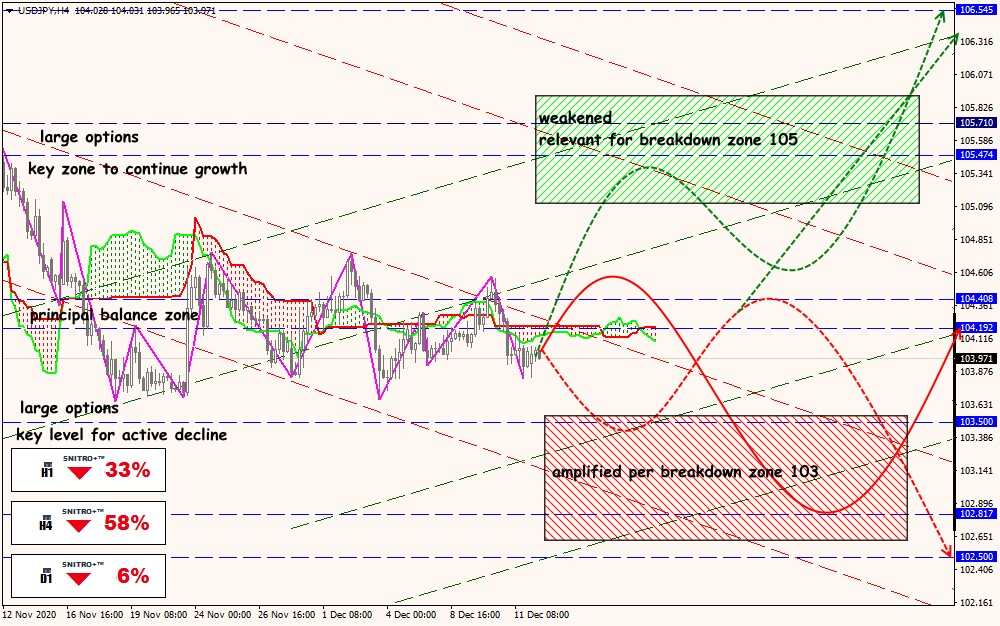 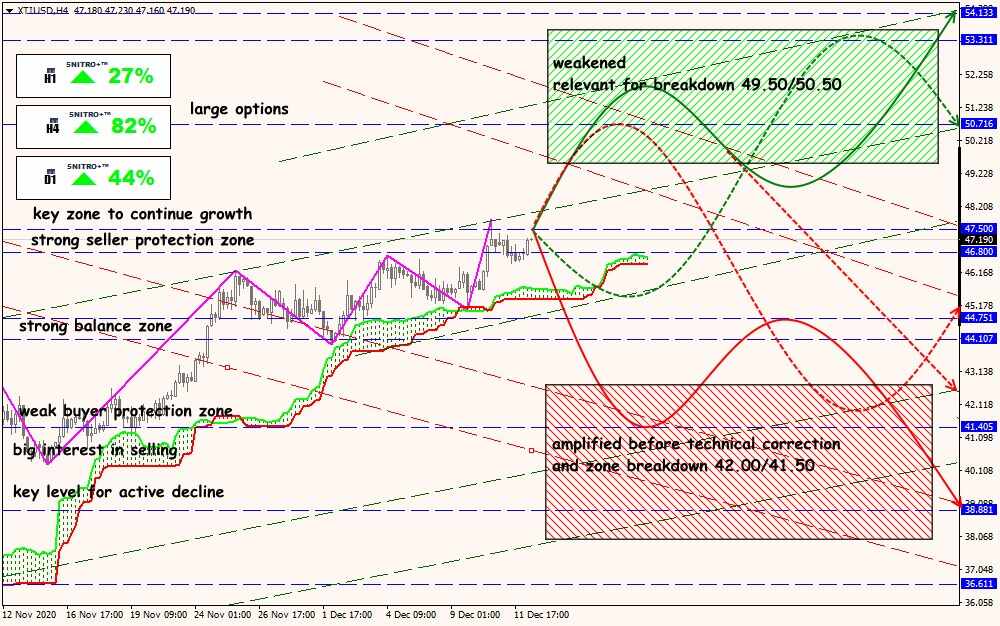