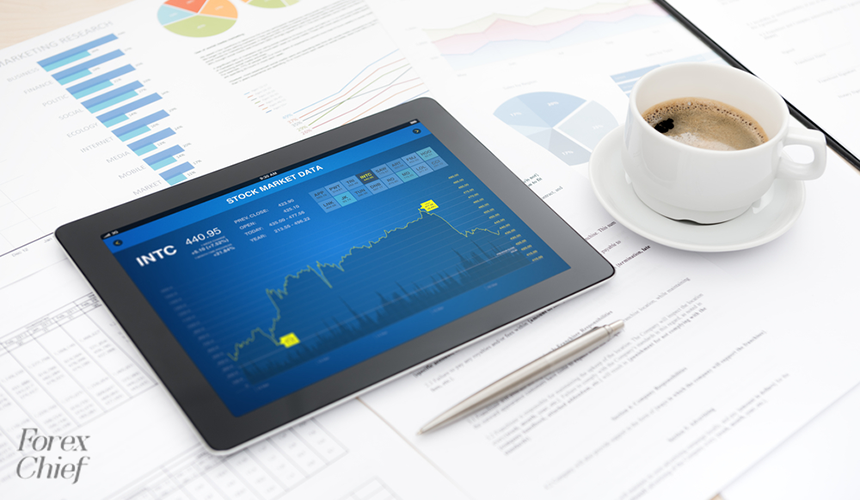 Fractal trading is only one of the evaluation methods which is effective during the periods of a stable trend, while in a wide flat can be unprofitable. It is necessary to understand that the fractals trade strategies were initially developed for the stock market which was less volatile and more predicted.

Trading with fractals is extensively used by the large market players and it is the best indicator of the fractals’ reliability. The combinations of fractals have such characteristics as self-similarity, scaling and memory of the «entry conditions», and, therefore, they can be used successfully for making price forecasts.

The French economist and the mathematician, the creator of fractal geometry Benoit Mandelbrot was the first person who had paid attention to the repeating price formations. The analysis of the prices for cotton for the period of more than 100 years had led to the creation of the effective trade technique for the first time mentioned in the well-known «Trading chaos» by Bill Williams. It was Williams who for the first time suggested that the market was chaotic, multiple-factor and self-regulating system and cancelled all linear models.

How to use fractals in Forex

Fractal links of exchange prices and the repeating structures have been confirmed by the results of computer modeling.

The fractal (fr om Latin fractus) means a steady scalable design of irregular shape emerging on any data. The trade fractal in the financial market is the candle pattern formed by at least 5 (or more) candles, max/min of the central candle of which exceeds the extremes of the neighboring candles.

Emergence of fractals means the beginning of a new price pyramid and is considered as a trading signal. 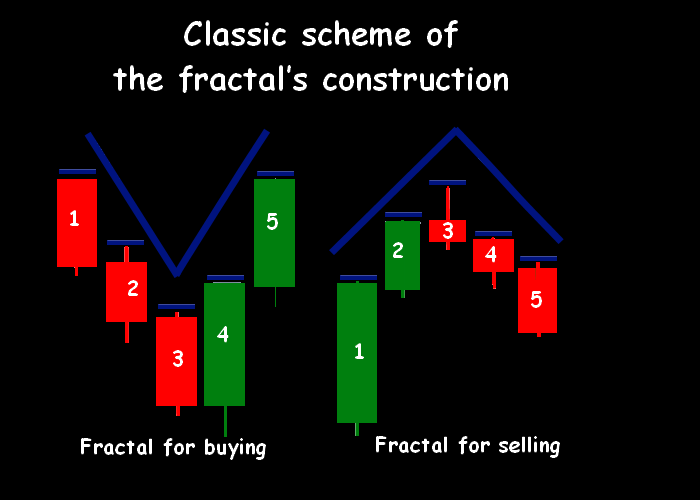 A fractal up (or a signal to enter to buy) is the set in which (at least) 5 consecutive bars form a pattern, wh ere the highest maximum is shown by an average candle.

A fractal down (or a signal for position to sell) is the reverse pattern made up by five (or more) consecutive candles, the average from which shows the lowest minimum.

What is the fractal analysis and what’s its value?

The aim of such analysis is «to notice» in time and correctly to treat fractal designs in conjunction with other market data regardless of whether they are fundamental and technical, volume and temporary. The set of the real fractals is very dynamic. It can vary depending on quantity and structure. For instance, emergence of max/min for a fractal need not be consecutive. The main thing is that one of the central bars has to show an obvious extreme. Therefore, non-standard combinations can also be used as fractals: 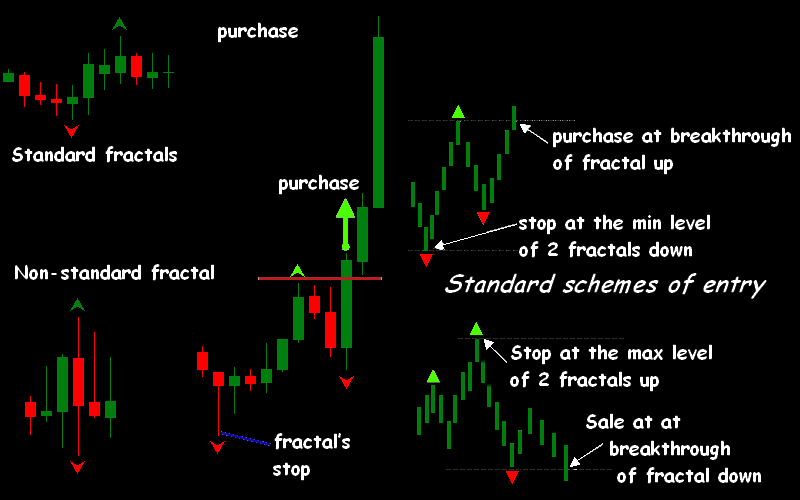 If the extremes have appeared at several bars of a pattern, then only the last will be taken into account as a trading signal. Current price movement 1 point higher the level of the fractal up is the breakthrough of the sellers, while if it is 1 point below the fractal down, it is a breakthrough of the buyers. The approximate scheme of an entry is shown below.

The fractal’s emergence means the strong turning impulse confirmed by preliminary movement at formation of the pattern. The strongest signal is just after its emergence, and the same group of candles can be used both for upper and for the lower fractals. Pointers of the appeared fractals are not redrawn.

The border of the upper fractal is the maximum, while the border of the lower is the minimum. In this case of fractal’s trading there shall be an entry in a direction opposite to the created fractal, stop is 1-5 points higher/lower than the border of key bar. In case of formation of an opposite fractal, the current trading signal is cancelled.

Conditions of the fractal’s use in Forex trading

The emergence of two multidirectional fractals close to each other (sometimes in one candle) is called a fractal start: further the market is assumed to make the decision for the benefit of one of the directions.

When carrying out the fractal analysis we pay attention to the standard factors:

The true breakdown of a fractal on any timeframe shall be confirmed by certain volumes. A firm breakthrough candle but with the small volume appears to be an unstable signal. Also for an assessment of volumes it is recommended to use standard designs of Price Action.

Nowadays nobody looks for the trading fractals on a price chart manually. For these purposes a standard package of any trade platform includes the Fractals indicator. We will offer two popular trading strategies on its basis.

Regular Fractals and Alligator indicators with standard settings are necessary for using this strategy. We trade all major currency and future assets: for the analysis and an entrance - M15, for maintenance – from H1 above (for futures - from D1 above).

The entry scheme for fractals Forex trading is shown below. Stop losses are on an opposite extreme from 2 last fractals: purchase is below the lowest, sale is slightly higher than the highest. We hold the transaction until the return fractal has been formed. In a flat we ignore all fractals.

While making the fractal market analysis using this technique, it is necessary to remember that:

Any currency asset of a middle volatility subject to steady trends is traded: EUR/USD, AUDUSD, GBP/USD. The period for the analysis and entry is D1. Stops and profits are usually not put, at the end they are closed manually.

If there is a fractal up it is a sale, in case of the lower fractal there is a purchase. It is possible to enter by a market order, and also by the pending orders:

Shortcoming: the considerable part of the main movement passes by in the expectation of the ‘correct’ fractal.

Fractal trading is only one of the evaluation methods of the market which is effective during the periods of a stable trend, while in a wide flat can be unprofitable. It is necessary to understand that the fractals trade strategies were initially developed for the stock market which was less volatile and more predicted. Unusual market situations arising in Forex often cause failure in calculation of fractals construction, and also emergence of ‘false’ or difficult for recognition signals. However, fractals in conjunction with the trend instruments represent the powerful tool of a technical analysis and can be the basis of constructing the steadily profitable system.