New-Brexit or Who framed rabbit Johnson

Europe in the focus of the market again. We are waiting for a new series of the saga of the British divorce with the EU and a meeting of the ECB.

On 6 September, the House of Lords supported a bill that prohibits the country from leaving the European Union without an agreement with Brussels. Parliament has decided (options – to demand? to ask?...) to postpone the date of Brexit to 31 January 2020 if an agreement with the EU cannot be reached before 19 October. Johnson has no right to implement a «hard» Brexit until 31 January 2020 without parliamentary approval. Moreover, a group of parliamentarians is preparing a lawsuit against the Prime Minister if he refuses to comply with a new law that «obliges him» to ask for another delay on Brexit.

Recall: during May 's reign, more than 10 politicians left their posts due to differences with the Prime Minister on Brexit issues − history is repeated. After Amber Rudd 's resignation, Prime Minister's younger brother Joe Johnson left the post of Minister and the internal party crisis is actively developing. Parliament with a clear conscience is going on leave from today, although it is absolutely unclear how such strange language can be implemented at all: they categorically do not suit either the European Union or Johnson. Ireland is also not prepared to make a Brexit deal on any terms, Prime Minister Leo Varadkar repeating that he would not agree to a removal or time limit on the Irish border agreement.

Delaying Brexit can hardly be considered super-positive news for the pound. However, the opposition 's active actions will contribute to closing the shorts of short-term speculators and, given the strong resale of the pound, the growth until the end of the month is almost guaranteed.

This week we pay attention to the data block led by Britain 's GDP (today) and the labour market report − tomorrow.

Contrary to July 's enthusiasm, the ECB 's stimulus package is expected to be rather modest. France has joined northern partners who are actively opposed to launching a new QE program at the upcoming meeting, and Draghi is unlikely to be able to ignore that view again. However, it is possible to restart QE without changing the limits for about a year.

With the current state of Eurozone economies, there is no need for additional ECB measures, but low rates are needed for a long time: according to the insider, the reduction of the main rate with the introduction of a multilevel deposit rate system is supported by all participants. For the market reaction, apart from the factor for mandatory reserves at zero rate, the amount of rate reduction for excess reserves is important. Market expectations take into account a 0.10% -0.20% rate reduction.

If the ECB decides not to launch a new QE, it is possible to try mid-term purchases of the euro on the fall, in the expectation that the destruction of the bubble in the Eurozone debt market will lead to a return of capital and a new demand for the euro. If the buy-back limit of STO is raised to 50% for one issuer, the euro will be under strong downward pressure. The first chip on the fall of the euro after the announcement of the decision in case of a reduction of the rate stronger than expectations is not excluded. However, given the split within the ECB, a limit correction is unlikely, especially as Draghi will leave the ECB as head on 1 November, along with his negative forecasts.

And a little more news − briefly:

China's trade balance for August was below the forecast, exports fell despite an increase in US duties since 1 September. Another advertising positive in the US-China talks is causing a correlation of risk appetite. A summit meeting is expected in early October, but technical consultations are scheduled next week. A breakthrough is possible with the cancellation of duty increases from 1 October against the background of China's resumption of purchases of US farmers products. Tomorrow morning, China publishes inflation data and starting from Friday go off for a long weekend.

This week the main economic data of the US will be retail sales and consumer price inflation, on the Eurozone we pay attention to consumer price inflation in key Eurozone countries. A period of silence ahead of the 18 September meeting started for the FRS, markets confident of a 0.25 percent rate cut after Powell's Friday speech and no additional statements from FRS figures needed. In the ECB, a week of silence will last until the announcement of the decision on Thursday, and on Friday we wait for mass comments, especially if Draghi exceeds his powers in his last press conference. 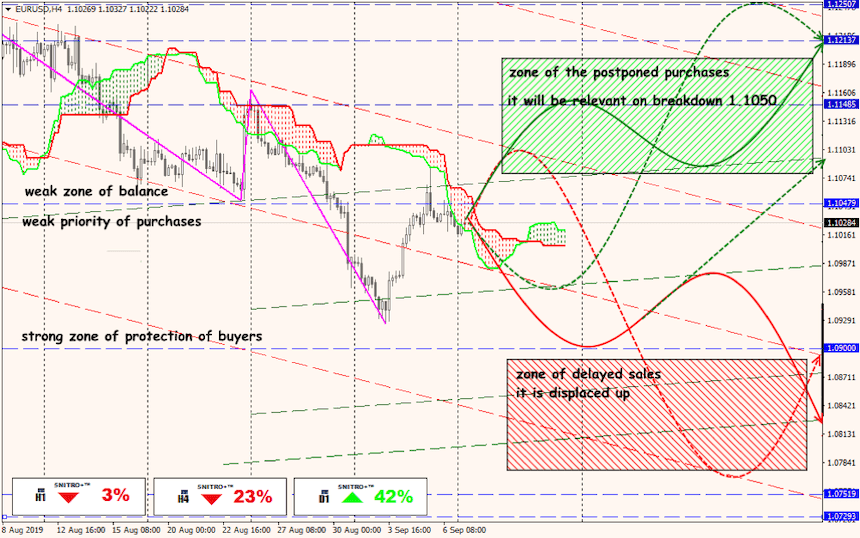 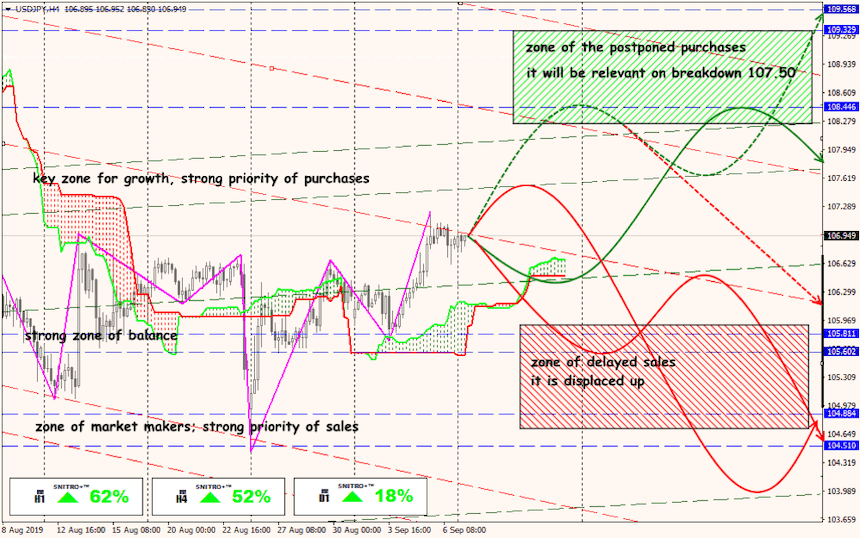 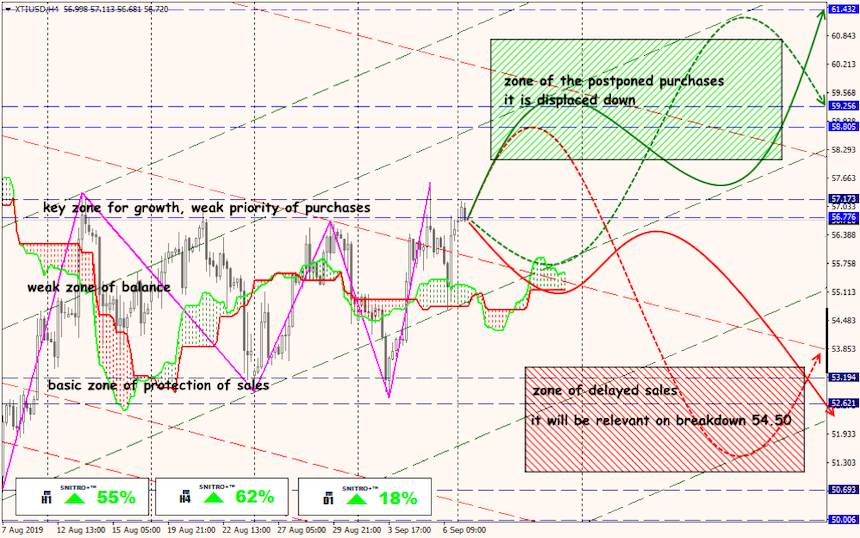