Brexit changed director − we are waiting for the result

The protocol of FRS, the start of the American LiteQE and doubtful results of negotiations of the USA-China don't allow the markets to relax, and the Irish break in the subject of Brexit can be the advertising farce.

Euphoria from a long meeting of Johnson with Varadkar provided to pound speculative growth almost on 5 figures: Britain for the first time expressed the support of the ideas of an open border with Ireland. Northern Ireland actually will remain in the customs territory of Britain but will apply rules of the uniform market and the Customs union of the EU. However, there are several essential obstacles.

The basic is a lack of the majority in the British parliament: the DUP party refuses to support Johnson's plan, and its consent is key for many Tories-eurosceptics. But the Prime Minister has a certain hypothetical chance to overpersuade partners, especially as the Parliament before early elections will be prone to a compromise.

Johnson's plan is published, and the Minister of Foreign Affairs of Ireland already managed to criticize it. On this background, the growth of Farage party rating will lead to a decline of the pound. The last word remains beyond Ireland.

Alas, the EU doubts Johnson's sincerity, being afraid of requirements of further concessions. Up to this morning, it was told to the diplomats of the EU that Britain still didn't provide detailed plans on customs and has to provide it till Wednesday. Actually, the decision will be made after Merkel's meeting with Macron tonight and is announced at Johnson's meetings with Merkel, Macron and Juncker. Anyway ratification of the agreement until the end of October is extremely improbable, without violation of legal procedures there will not be enough time. The summit of leaders of the EU on 17-18 October and Parliament of Britain on 19 October will have to pass the final decision. So far analysts consider the extension of Article 50 by the date the Brexit as the most probable option because of early elections. The opening of the markets on 21 October is expected with a gap.

The publication of the protocol of FRS didn't cause a strong reaction especially as Powell acted three times and updated comprehension of the market concerning prospects of economy and policy of the Federal Reserve System. The head of the Federal Reserve optimistically estimated the prospects of the growth of the economy of the USA, having noted falling of unemployment rate to semicentennial levels and a gradual return of inflation to the purpose of FRS to 2%.

On Friday FRS declared expansion of balance: purchase of short-term state treasury bills of the USA begins tomorrow and will continue, at least, till the 2nd quarter of the 2020th. The volume of purchases is determined in $60 billion in the first month, they will be corrected to support a sufficient stock of reserves. It is stated that these are purely technical operations aren't the QE program, but it is already clear that FRS patches local holes in liquidity which were shown at the end of the last month and intends to resist further growth of the dollar.

The data on retails published on Wednesday is very important: the failure report can cause the third decrease in a rate at a meeting on 30 October.

There are no detailed results of negotiations still, but Trump obviously handed over positions. The increase in duties planned for 15 October is cancelled, increase since 15 December so far questionable. The USA will revise the «blacklist» of the companies of China, but the parties will discuss an issue of Huawei separately.

Implementation of the agreement is structured into three stages:

The first – increase in the volume of purchase of agricultural products of the USA by China (about $40-50 billion), the currency agreement and measures for the protection of intellectual property, the agreement of the first stage only prepares, the result is expected at the APEC summit in Chile on 16-17 November.

At the second stage (not earlier than the spring of the 2020th) questions of the compulsory transfer of technologies will be considered. The destiny of the second part of the agreement will be decided to take into account investigation concerning an impeachment to Trump and his chances of re-election.

Nevertheless, shadow capital outflow from China becomes more active and for the last half, a year reached record values − more than $131 billion. It is quite logical that China`s delegation doesn't show of equivalent optimism following the results of the current negotiations – there are arrangements, but there are no signatures under them.

Today the USA celebrates Day of Columbus, the markets are closed. Current week we pay attention to retails and reports on the sector of construction of the USA; regarding the Eurozone − the ZEW index of Germany and inflation of the prices of consumers for September. Tomorrow there will be a report on labour market of Britain, on Wednesday the inflationary report, and on Thursday - retails. Regarding China, we wait for the report on inflation and on Friday the block of data with GDP. FRS has a week before the silence period.

The summit of leaders of the EU on 17-18 October is important not only in relation to the Brexit but also according to the decision of the EU concerning trade requirements of the USA. Trade truce with China poses an apparent threat for an increase in duties of the USA on goods of the EU since 18 October according to the decision of the WTO on subsidizing Airbus, and in the middle of November Trump can raise taxes on import of the European cars.

On Friday Draghi acted in the best style, verbal manipulations, accused of an unprecedentedly low level of key interest rates some «too greedy» governments of EU countries. Reproaches are traditionally addressed to the countries with a surplus of the budget, despite the stagnation of the economy of the European Union – to Germany, France, the Netherlands. The official ECB is still silent though since Thursday week «no comments» before a meeting of October begins. Most likely, the policy of the ECB will remain invariable. Some growth of euro can be on the fact of the imposition of sanctions concerning Turkey and also speeding up of a situation on impeachment to Trump after the return of the Congress to work. 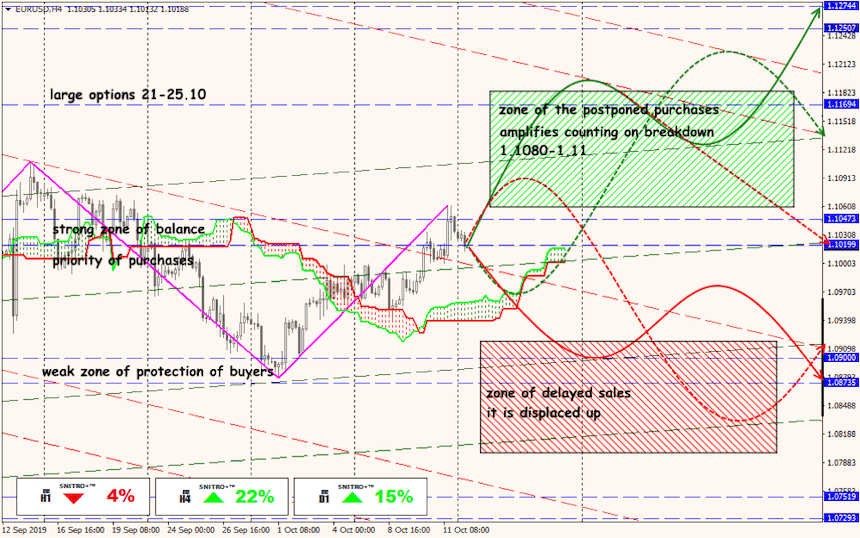 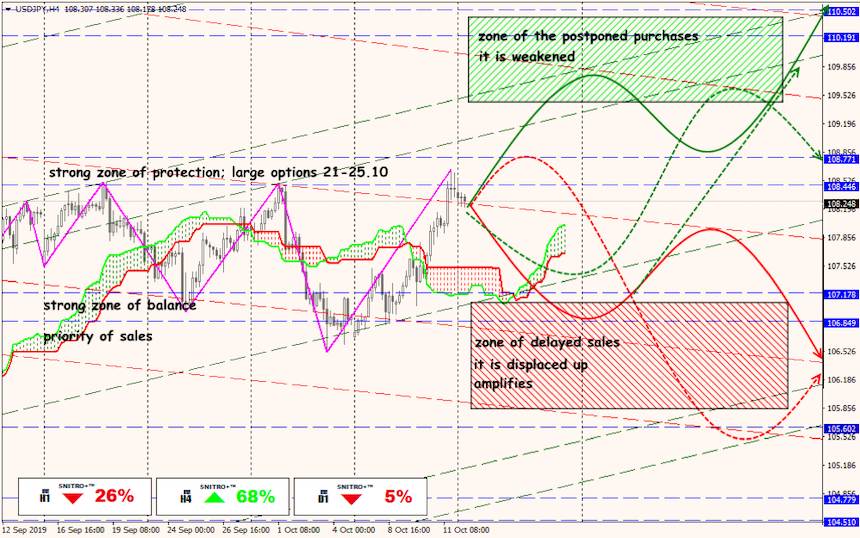 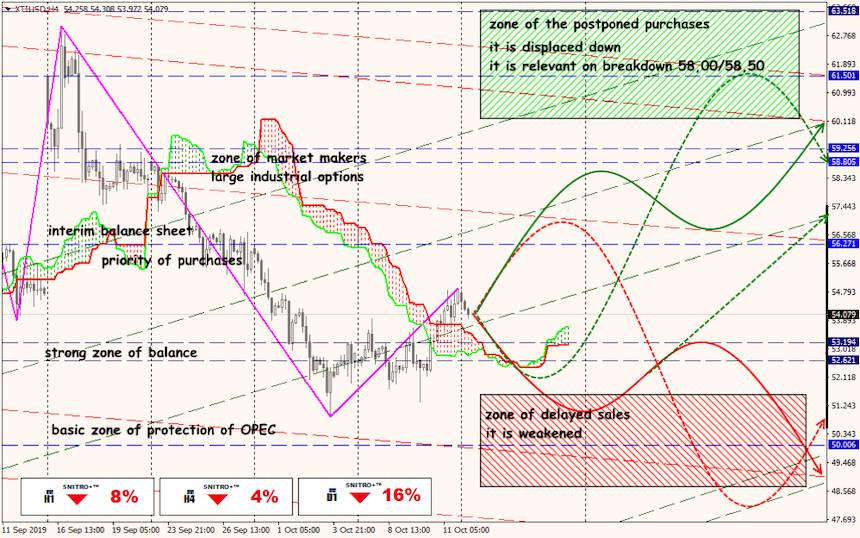