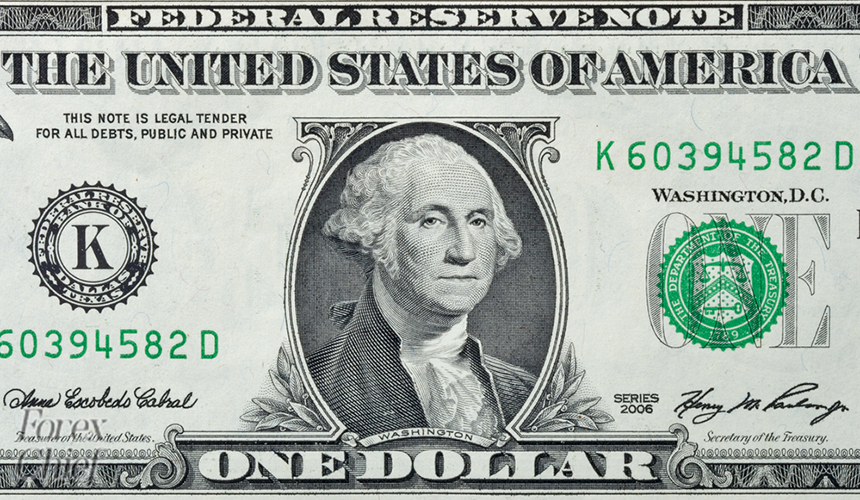 Despite the program for reduction of the national debt amount implemented by Barack Obama government, the majority of analysts share the same opinion: the total debt amount will only increase as in absolute amount, so in regard to GDP. According to some predictions, the U.S. national debt will be 130% of its GDP

It has already been for several years that economists have predicted that the USA will experience a financial collapse because of a huge national debt. However, this collapse that is about to occur – according to these analysts’ opinion, can’t seem to happen. Just the opposite, the US economy is still one of the strongest in the world, and U.S. dollar is a global reserve currency, in which billions of dollars worth of transactions are carried out daily. Moreover, countries with developed economy are eager to purchase American government bonds, which means that they actually loan money to the USA. A paradox?

Root of the matter

When an individual’s expenses exceed his or her income, he/she has to borrow money. Countries act similarly in this respect. The USA borrows, emitting bonds - debt securities. It seems understandable. However, countries are not private households, and, different from the latter, they never pay back their debts – they amortize them. This mechanism is very simple: GDP growth and inflation lead to an increase in the volume of tax revenues to the budget. Meanwhile, in regard to the increased GDP volume, the cost of debt servicing decreases, which means reduction of real debt cost for the debtor.

In theory, endless growth of budget deficit covered at the expense of continuous debt growth must end in a default. That is what many economists predict will happen. However, in practice, things turn out differently: cost of debt servicing comparable to inflation extent leads to the situation when the state is quite capable of dealing with the increase of debt amount even at low rates of GDP growth and slow reduction of budget deficit.

As such, national or government, as it is also called, U.S. debt consists of two parts: public - the country’s internal debt and foreign - intergovernmental debt. In this case, experts assess U.S. indebtedness under internal debt as 70% of the total amount of indebtedness. And FRS is the country’s main creditor (35-40%). That means that plays the role of the structure that carries out the Central Bank functions. This way, it turns out that that the USA as a state simply owes money to its Central Bank. How can that be? Everything is simple: FRS is not a state structure – it’s private. It is some type of bank conglomerate, whose functions include, among others, currency issuance, control functions over the country’s financial policy, and many other things. Whatever the differences in the economist’s opinions regarding U.S. national debt are they all agree in one: the share of FRS in the total amount of debt, regardless of the fact, if the latter will decrease or, just the opposite, grow, will only increase. Playing the role of the national currency issuer, FRS, in this regard, provides services to the state, which acts as the client of this emission. However, since FRS, as such, is not a state structure, its services cost the country a certain amount that it must pay. That means that every dollar issued by FRS costs more than its nominal value – one dollar – to the U.S. government. Under this arrangement, the amount of the U.S. debt to FRS may only increase since emission goes on continuously! Moreover, such scheme initially does not allow the situation when the state will not owe any money to FRS!

The U.S. main foreign creditors are China, Japan, Brazil, Great Britain, Switzerland, etc. In general, these are large world economies. U.S. bonds are still considered as reliable investments. Why? One of main indicators of national debt is not only and not even the amount of that debt but rather its cost and correlation of both this cost and debt amount to GDP volume. Yes, over the last 50 years, the amount of debt has significantly grown. However, the GDP amount has also experienced significant growth. In the 1970s of the previous century, the amount of national debt was 35% of the country’s GDP, the cost of its servicing was around 2.5% of annual GDP. At the beginning of the 1980s, that cost, in regard to GDP amount grew almost twice! For the moment, when the national debt amount went over 100% of the annual GDP, its cost – that is the cost of servicing - is reduced to the maximum of 2% of GDP amount. This way, real load on the budget now is two and a half times less than 30 years ago when the amount of national debt was not as huge!

Moreover, the very theory of the harm caused by a large foreign and/or national debt has no factual basis. There are many examples in history when countries with large debt amounts showed rapid economic growth: those are the USA in the post-war era, Great Britain, whose national debt within last one hundred and fifty years did not go below 100% of GDP, and many other countries.

In the middle of the previous century, the U.S. owned about 70% of total world gold stock. In the result of that, an international payment system was adopted in 1944 when American dollar became the world currency, it was set as the standard that replaced gold that was the previous standard (the Bretton Woods system). A fixed exchange rate was set: USD 35 for an ounce of gold. The countries that were the participants of international trade could freely exchange available dollars for gold using this rate. At the same time, the currency rates of those states were tied up to dollar rate. That system worked effectively until 1960s, but later the volume of dollar reserves of participant countries reached the volume of the U.S. gold stock. Thus, when those countries, one after another, gave up the practice of keeping reserves in dollars, gradually exchanging them for gold from the USA, the U.S. simply devalued its currency. Besides the fact that it caused significant losses to holders of dollar reserves, difficulties occurred in international settlements: gold mining simply fell behind the extent of international trade growth.

After this system proved to be inconsistent, another system - Jamaican, which has been effective to this day was introduced. Currencies of different countries are not tied to dollar rate any more, and U.S. dollar does not have a fixed rate in regard to gold. All currencies are subject to free trade, and their price is made on the basis of offer and demand. It became possible to keep reserves as in IMF special currency, in gold, so also, as before, in U.S. dollars, British pounds, yens, Swiss franks, and euros. However, regardless of that, 85% of all global purchase and sell transactions are still made in U.S. dollars. More than 50% of global central bank international reserves are kept in U.S. dollars. That means that American dollar still remains the global currency.

Despite the program for reduction of the national debt amount implemented by Barack Obama government, the majority of analysts share the same opinion: the total debt amount will only increase as in absolute amount, so in regard to GDP. According to some predictions, the U.S. national debt will be 130% of its GDP within next several years. It is here that the experts’ opinions divide. A part of economists insist that the American economy will still continue its steady growth and the cost of debt servicing, i.e. debt cost will remain on the level that is significantly less than inflation level. All of that will allow U.S. dollar to stay a strong currency, and will make it possible for the market to grow, and for treasury obligations - to increase in price. The other group of experts is less optimistic. In their opinion, a U.S. default – not leading to a total collapse, but, nevertheless, bringing temporary difficulties that will be mainly experienced by foreign creditor states and U.S. citizens is only a matter of time.

However, things will turn out, when speaking about the amount of national debt, it is important to consider that the growth of this debt becomes dangerous when its increase takes place faster than the growth of that country, its corporations, and citizens’ assets. That is why, while this growth occurs proportionally, generally speaking, there are no reasons to worry in the nearest future. However, it is worth taking into account that the main determining factor at any trade session is not the fact proper, not any event as such, but the market response to this event. For example, while the demand for a merchandise may reduce by 5% in the result of a crisis, at the same time the price for it may decrease in two or even three times! That is why it is so important to track all main economic indicators, and while assessing the mount of national debt – pay attention to its GDP and the cost of debt, and to the rate of growth of this indebtedness, including in respect to GDP growth.