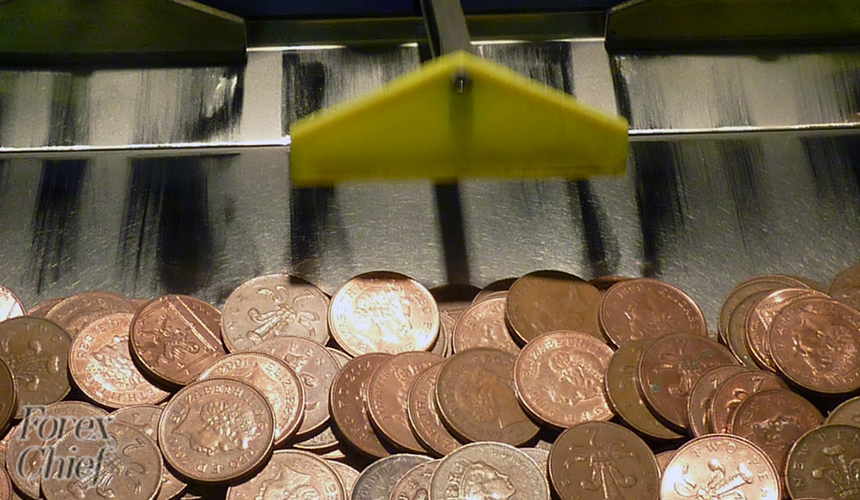 Carrying out central bank functions in Great Britain is assigned to the Bank of England. Although BA has the status of an independent organization, the Board of Directors is appointed by a special royal decree and only after the approval of nominees by the Parliament. Interest rates set in the framework of credit

A large financial center, one of the leaders in the global trade, ranking eighth in the world in GDP volume for the third year, third largest economy of Europe after Germany and France - all of that refers to the United Kingdom of Great Britain and Northern Ireland. To what does this not a very large country of the world owe its well-being?

The leading sector of the British economy is services sector that makes almost two thirds of the country's total GDP, and the financial branch is leading there: more than a quarter of all GDP. Industrial production (around 19% of GDP) ranks the third in significance rating for the British economy; the main stress is made on mining and processing industries (around 2% and 15% of GDP, respectively). The share of transportation services has almost 8% of the country's total GDP, and construction industry - a little more than 6%. Besides, about two thirds of the country's need for food products is satisfied with the country's agricultural products.

Great Britain ranks as one of the first in the world in kaolin exports - it is white clay that serves as the material for porcelain production. Besides, other types of clays used in ceramic production are mined. There are plans for mining gold, copper, and tungsten at recently explored fields. Great Britain's oil reserves are of special interest. Despite the fact that there are around 133 of them and the country actively exports oil especially to the USA and Germany, at the same time, Great Britain is also a large importer of this product. The reason is very simple: oil that is mined in Great Britain contains predominantly light fractions, while technical equipment of oil refining industry is still centered on heavier types of oil. Besides, iron ore is mined in the country. Since the need for the latter is not satisfied with domestic production, Great Britain has to import ore; its main providers are Canada, Mauritania, and Liberia. As to natural gas, the number of gas fields in the United Kingdom exceeds 80.

Besides mining industry, Great Britain has well-developed iron-and-steel industry; the country ranks eighth in steelmaking and iron smelting. Large domestic stocks of coal, limestone, and iron ore are instrumental in that area. Nevertheless, nonferrous metallurgy is almost fully dependent on imported raw materials that does not prevent the country from being a large exporter of nonferrous metals, and the USA and Germany being the main sale markets.

The country's processing industry is represented as by paper making and printing industries, so by food and tobacco production. However, around 40% of products manufactured in that area falls on machine-building industry. In this regard, British machine building is represented mainly by manufacturing of transportation vehicles, and manufacturing of high technology and technically complex production is accentuated. All of that makes it possible for Great Britain to hold the position of a world leader as load carrier vehicle exporter supplying them to the USA, Iran, South Africa, and even New Zealand. Besides, according to production volume, British machine-building industry ranks the sixth in the world. Instrument-making industry is well-developed, and aircraft industry is being dynamically developed. Chemical production is also an important aspect of Great Britain's industry. The country produces nonorganic chemicals, synthetic fibers, plastic materials, coloring agents, and pharmaceutical products. The United Kingdom still produces textiles - cotton fabrics, artificial silk, and natural wool.

Specifics of economy and finances

The first main distinctive feature of the British economy is a huge growth of services sector for the last decade. In particular, these are services in the area of finances, marketing, transportation services, as well in education, tourism and entertainment area. Meanwhile, the share of state participation in this area is around 35% of the whole branch, and the United Kingdom is successful in exporting these services, and the level of income obtained from exporting grows continuously. British banking business and insurance are in special demand.

After the global financial crisis, in order to stabilize the country's situation in financial markets and stimulate economy, the government reduced taxes and partially nationalized banking sector. However, those effective measures also had other consequences: growth of national debts and increase of budget deficit. That is why over the last several years, when crisis consequences were neutralized, the United Kingdom initiated the policy that was targeted, first of all, as the reduction of budget deficit.

Quite an independent Great Britain's currency policy for the country that is a EU member is another important feature. In particular, the country's national currency is still pound sterling, and transition to euro is not even planned. The reason is very simple here: The bank of England (British Central Bank) is not a state structure - similarly to American FRS - it is a private organization. Abandoning pound in favor of euro would lead to the losses by those private structures - BA owners - of a bigger part of their business and their financial influence. The specifics of the British economy also includes the economic policy that is conducted by the government. The state influence on the economy is really significant. In many things, thanks to special programs targeted at the support of small business, reduction of unemployment level, credit policy whose goal is an increase in the competitive capacity of British banks, the United Kingdom still keeps leading positions among the economies of other countries.

As it was already mentioned before, carrying out central bank functions in Great Britain is assigned to the Bank of England. Although BA has the status of an independent organization, the Board of Directors is appointed by a special royal decree and only after the approval of nominees by the Parliament. Interest rates set in the framework of credit and monetary policy are determined by this bank's Monetary Policy Committee. BA itself is designed to support the stability of prices and all the national financial system as well as to assist the government's policy in regard to measures targeted at providing economic growth, in particular, restraining inflation rate. The Bank also deals with the issue of the national currency, although due to the specifics of Britain's state structure, pound is partially issued by Scottish and North Ireland banks. The activity of commercial banks is controlled by a special state body - Financial Services Authority.

The main factors that have significant effect on pound rate include the following:

Besides, export-import indicators, trade balance, as well the extent of foreign debt and its proportion to the annual volume of GDP are important.

It is important to keep in mind that the bigger part (3/5 of the global volume) of operations regarding international bonds trade, an essential part (2/5) of foreign assets and derivatives, as well almost 1/3 of all currency operations take place in Great Britain. That is why the indicators of British exchanges, both stock and commodity, as well the size of interbank crediting rates (Libor) play an important role in determining pound rate at the Forex market.