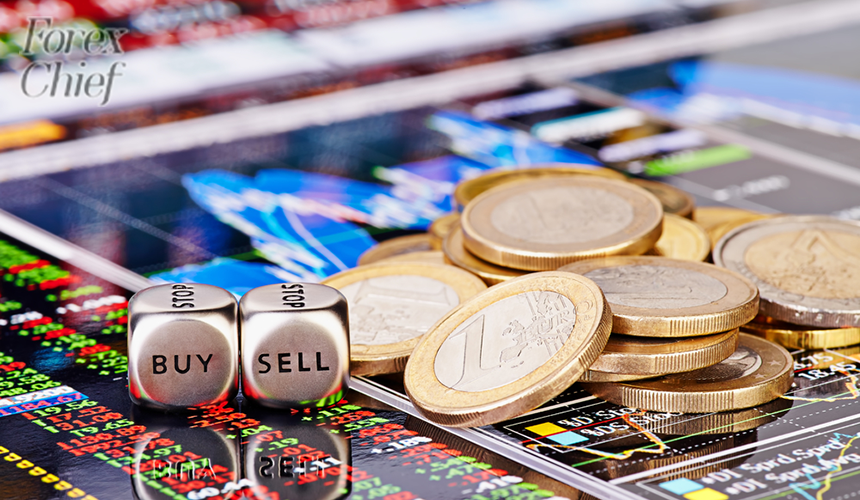 Many people often make mistakes calling Forex a currency exchange. Forex is an off-exchange market, where currencies are exchanged at free prices determined only by current market conditions. This market has no definite physical place, trading takes place at virtual platforms, and that gives an opportunity to make deals at Forex

All main currency market participants can be divided into the following categories:

National central banks. The main goals that a central bank pursues when participating in currency trade is management of the country's currency reserves and regulation of exchange rates.

Commercial banks. The main bulk of currency operations is carried out, in particular, by commercial banks. They operate at markets both by means of their own money and at their clients' expense, thus satisfying orders of the latter. In this case, the main clients are companies that carry out foreign trade: both importing and exporting. In essence, the aggregate amount of importers' orders creates demand for foreign currency; and exporters' orders form the market offer. By virtue of their activity specifics, these companies, as a rule, do not have direct access to currency markets; that is why they conduct currency operations through intermediary of commercial banks.

Large international and transnational investment companies, funds, insurance companies. They work predominantly with securities, both state and issued by private corporations. The main goal of those currency market participants is diversified management of their own assets.

Currency exchanges. Purchase and sale operations at the exchange are carried out on the basis of quotations - which is the correlation of currency rates. Quotations themselves are formed under the influence of demand and offer; that is why, in this case, the issue involves classical exchange trade. Economic situation in the issuing country makes significant influence on the quotation level of this or another currency. As a rule, the government is active in regulating an on-exchange exchange rate, since these exchanges have domestic, national character. Globalization that has been characteristic of the global economy for the last decades resulted in the situation that the role of national currency exchanges decreased significantly. Exchanges are ousted by the currency exchange market Forex.

Currency brokers. These are intermediaries whose main task is to bring together sellers and buyers of foreign currency. Broker's offices charge their clients a certain fee for intermediary activity. The extent of that fee often depends on the transaction amount.

Individuals. If other foreign currency exchange market participants may actively influence quotation amounts because of the volume of operations that they carry out in the market, individuals are passive participants. They don't have an opportunity to put up their own quotation and have to trade according to the prices determined by active participants. Nevertheless, when combined, individuals form quite a significant demand or offer in the currency market.

The following types of currency market transactions are identified:

Spot deals. These are operations in regard to foreign currency purchase and sale on condition of immediate currency delivery, i.e. carrying out the operation within two banking days from the moment of closing a deal. Depending on the term of delivery, these transactions are divided into three categories:

- Forward contracts. As in the case with spot deals, forward deals are operations for buying and selling foreign currency, when currency price is set at the moment of making a deal. However, different from spot deals, currency delivery takes place not immediately after the transaction but within a term specified by contract conditions. Those contract conditions are not standardized, and they are individual for each separate case. The rate under this type of deals is called forward rate.

- Futures. Here, it deals with standard contracts for purchase and sale of a foreign currency or currencies that are subject matter of exchange trade. The terms of making such deals are elaborated by the exchange and are binding. Different from forward deals, the execution periods of futures deals terms, i.e. currency delivery are standard. Essentially, forwards are one-time exchange deals, and futures are repeating offers that are the subject matter of exchange trade.

- Options. Options are agreements for the right to purchase or sell foreign currency, when both currency amount and purchase or sale price are determined by the terms of concluded agreement. Besides, the same agreement also defines the term during which the option buyer may implement that right. It is understood that when the option buyer has that right, the seller has the corresponding obligation. Essentially, if the buyer, in this case, may use his right to buy or sell currency but not obliged to do that, the seller is obliged to fulfill agreement conditions if the buyer decides to utilize them. Options that are the subjects of exchange trade are very similar to futures deals: contract terms are standardized and determined by the exchange. Transaction participants are independent only in determining premium amounts that the option buyer will pay to the seller for the right to implement contract terms. Off-exchange options are not carried out on standardized terms as in the case with forward deals. Both these and the other options can be as for currency sale so for currency purchase. If question is related to currency purchase, then this is a call option, and if it is related to sale, it is a put option. The rate defined by the option contract terms is called strike rate.

- Currency swap. A currency swap is a combination of two opposite currency exchange transactions - one for another- when currency amount is the same. Only dates of transaction terms fulfillment - value dates - are different. Depending on what deal must be made first - currency purchase or sale - swaps are called "buy/sell" or "sell/buy". Besides that, swaps are divided into pure and engineered swaps. In the first case, both operations: currency purchase and sale are carried out by the same counterparty. In case of an engineered swap, two different banks may act as counterparties.

Many people often make mistakes calling Forex a currency exchange. Forex is an off-exchange market, where currencies are exchanged at free prices determined only by current market conditions. This market has no definite physical place, trading takes place at virtual platforms, and that gives an opportunity to make deals at Forex operating from any location in the world. Forex may be used as a platform for operations of banks that buy or sell currency for both fulfilling their clients' obligations under export-import contracts and fulfilling their own obligations to their clients or counterparties. However, except central banks operations, the main volume of transactions at Forex market has a different nature: that is making profit by means of playing on the difference of currency exchange rates.