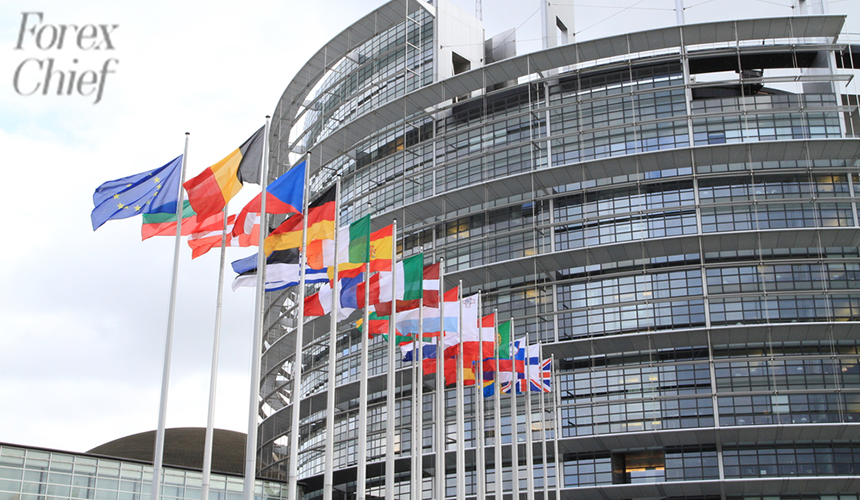 Besides the difficulties caused by the transition to euro, Eurozone member states' economies were significantly weakened by the financial crisis that occurred in the second half of the last decade. In articular, unemployment rate in Germany, France, and Italy grew and both production volumes and overall business activity

Out of 28 countries that joined the European Union, 18 made euro their national currency. The group of these countries was named as Eurozone. Up to date, out of the countries with large developed economies that are part of EU only Great Britain, Sweden, and Denmark use their national currencies. If the remaining 7 countries: Hungary, Bulgaria, Poland, Lithuania, Czech Republic, Croatia, and Romania are planning to switch to euro, the use of the European currency in those three countries is not going to be discussed seriously for the next several years, at least. Currently, Eurozone is formed by Belgium, Germany, Austria, Ireland, Italy, Cyprus, Greece, Spain, Latvia, Slovakia, Malta, the Netherlands, Luxemburg, Portugal, Finland, Slovenia, France, and Estonia.

The specifics of the Eurozone economy is that, although not all developed EU member states use euro as the national currency, economic integration inside European Union serves as the reason for countries that don't even participate in euro system to contribute to strengthening of euro rate. This way, there is a single market in the territory of all EU-member states, and all EU economy is represented in WTO not by individual members but as European Union in whole. Besides that, EU allows free capital flow among its member states that stipulates not only unobstructed execution of bank payments within EU, but also a possibility of free purchase of immovable property and investments between the countries. Besides, EU entrepreneurs can carry out their activity in any EU country without any hindrance. A custom union was formed in the EU framework owing to which there no duties are imposed when EU-member countries conduct trade operations. Essentially, there are four freedoms operating in EU: free movement of goods inside EU, free movement of individuals, free movement of services, and free movement of capital. Nevertheless, current economic integration level has yet not provided for equal economic participation of member countries, and three countries have leading roles in the Eurozone economy: Germany, France, and Italy.

Germany is the largest Eurozone economy, whose basis is formed by services sector (almost 80% of the total country's GDP), in particular, insurance and reinsurance, and also tourism. Around one fourth of GDP is made up of industrial sector, and around 1-1.5% falls on agriculture. The main branch of German industry is machine building, in particular, automobile manufacturing. Germany produces both passenger cars and load carrier vehicles, crane trucks, buses, mini-buses, etc. Besides, electrical technology, machine tool building and shipbuilding and also chemical industry are well developed in the country. In this regard, an essential part of products manufactured in the country is exported. Germany is the fourth global automobile manufacturer only being behind of four countries: China, USA, and Japan. In general, a large part of national enterprises is involved in machine building. The share of exports in this industry reaches 68%. In totality, Germany has one-fifth part of the global machine building products exports. German electrical industry is characterized both by production of items of industrial purpose (transformers and generators) and by manufacturing of household equipment (washing and dish-washing machines, refrigerators, vacuum cleaners, etc.). In general, German industrial sector is characterized by high technologies. The high level of German electronic industry, in particular, provides for the lion's share of success in the whole machine building industry. Since this industry is science-intensive, there are well-developed scientific centers, as well as the educational sector in the country that provide highly qualified labor resources for German enterprises.

On the other hand, developed industrial sector assumes significant consumption of energy resources. Germany is the country that does not have many mineral deposits. That is why it has to import raw materials. Using its own coal reserves, the country covers only 42% of its general need for energy sources, which include, in particular, oil and gas. Since German banks are major shareholders of both German industrial enterprises and companies that operate in services sector, banking sector makes very significant influence on the whole national business, including making important business decisions. Nevertheless, the role of the government is as important: it makes large financial injections into the modernization of the national industry.

French economy is second largest in Eurozone after German. The main feature there is a significant share of public sector. Besides, foreign capital has large participation in the national economy. One fifth of GDP and around 80% of the total national export is formed by industrial production. Different from Germany, France has rich natural deposits that serve the basis for mining industry and heavy industry: iron and uranium ores, bauxites, potassium salts, etc. The country ranks first in the world in nonferrous metallurgy development rate and third in Western Europe in steel production. Besides that, machine building, chemical and aerospace industries, automobile manufacturing, radioelectronics, electrical technology, computer technology, shipbuilding, and food industry are well developed in the country. More than 75% of the national need for electric power is satisfied by means of French atomic power plants. The country has a very well-developed network of railway communication. Tourism and agriculture are also main industries. To the present day, this country remains one of the most visited in the world, which makes tourist industry a significant item of income in the aggregate national budget. According to the volumes of agricultural products, France ranks first in Western Europe and third in the world, being only behind of USA and Canada. Agricultural products include wheat, beef, butter, and cheeses. In particular, cattle breeding provides more than a half of national agricultural products.

It should be noted that joining EU, in particular Eurozone, had quite a negative effect on the quantity of products exported by the country. If before the introduction of euro France had an opportunity to support national products at a competitive level by way of franc devaluation, then joining Eurozone removed that control lever from French economy.

Along with Germany and France, Italy is one of the largest producers and exporters of automobile production. Besides that, the country supplies radioelectronic production, industrial equipment, steel pipes, various plastics and chemical fibers, as well durable household equipment (washing machines, ovens, refrigeration plants, etc.) to the international market. The country also exports automobile tires, light industry products (shoes, clothing, etc.) and agricultural products. At the same time, Italy is the largest importer of raw materials, in particular, energy resources. According to electric energy import volume, the country ranks first in the world: almost 90% of all national need for electric power is covered by means of foreign purchases.

European Central Bank (ECB) is responsible for provision of price stability in Eurozone. The main indicator of ECB's managing this task is Harmonized index of consumer prices (HICP) dynamics: it must not be more above 2% annually.

In actuality, ECB remains a part of general European central bank system along with all national central banks of all EU members, including those that did not make transition to euro. Apart from the fact that this system is designed to support prices inside Eurozone at a stable level and carry out monetary and credit policy, its tasks are conducting currency operations, ensuring safety, and management of foreign currency reserves of Eurozone member states, as well assisting continuous operation of all the European currency payment system. Management of ECB is assigned to two bodies: Executive Board and Governing Council. The Bank's President is elected for position and holds the office for 8 years. Candidates for ECB Executive Board are nominated by the Governing Council, and they are approved by European Parliament and heads of Eurozone member states.

Influence of the financial crisis

Besides the difficulties caused by the transition to euro, Eurozone member states' economies were significantly weakened by the financial crisis that occurred in the second half of the last decade. In articular, unemployment rate in Germany, France, and Italy grew and both production volumes and overall business activity reduced substantially. However, if Germany, up to date, has practically coped with the global financial crisis consequences, Italian economy has been going through a long-term recession, and in France, national budget deficit has grown significantly.

All of that resulted in essential growth of economic differences among Germany, France, and Italy. This way, by 2010, Germany had managed to cope with unemployment rate growth, and business activity in the country grew significantly. Due to such economic growth against the background of weakening of French and Italian economies, Germany took the leading role in the whole of Eurozone. Germany's grown influence in EZ, by all means, contributes to the fact that ECB operates, first of all, in the interests of this country. In this regard, it should be noted that the central banks of EU member states conduct their policy under ECB auspices. Therefore, although Germany is still the largest EU donor (around 28% of all contributions to the UE general fund) and serves as the basis for European anti-crisis mechanism, the same ECB, in many ways, contributed to the growth of German economy and to furthering of German influence growth in the framework of EU and EZ.

Besides HICP annual growth within 2% limits, the main aspect of euro stability is monetary growth under monetary aggregate M3.

ECB set goal-oriented dynamics under this indicator at the level of 4.5% annually.

Another important indicator are interest rates, and namely:

Declarations made by ministers of finance and heads of central banks of the countries that form Eurozone are as an important aspect.

The most important indicators that influence euro rate are data received from the country with the largest Eurozone economy - Germany. As a rule, GDP volume and dynamics, unemployment rate and industrial production are taken into consideration. A major part of this information is contained in IFO survey. Besides that, what matters is the extent and dynamics of budget deficit regarding those member states for which the minimum threshold of budget deficit at the level of 3% of GNP volumes is specified by the special Stability and Growth Pact. Exceeding this indicator may lead to the decline of euro exchange rate.

Another important aspect is Sentiment Index (IFO) that shows sentiments in the German industrial environment. It is formed on the basis of surveys conducted among approximately 7 000 German manufacturers. The growth of that indicator, as a rule, leads to the growth of euro.

Regarding political factors, euro exchange rate is quite sensitive to any political instability in the countries that are the leaders of European economy: Germany, France, and Italy. For instance, the threat of establishing a coalition government in any of those countries will certainly lead to a decline of euro rate at Forex. Moreover, since Germany is a large importer of Russian energy resources and, at the same time, is an important investor in Russian economy, political or financial instability in Russia, as a rule, also leads to a decline in the European currency rate in regard to other G7 currencies.