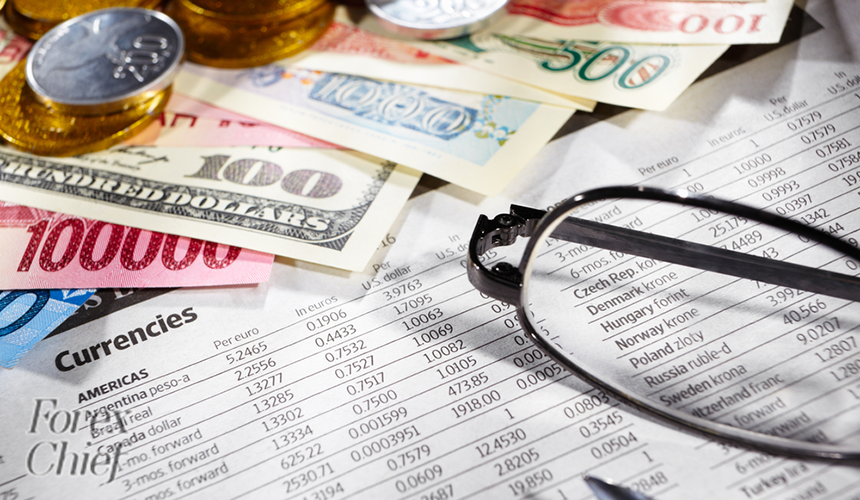 Two main systems for offsetting obligations are used in modern clearing. One of them is bilateral (pair-wise) offset when participants are the same parties.  Multilateral offset is somewhat more complex. It deals with the calculation of all participant transactions in regard to a certain type of operations by the time specified.

Bank clearing. Its meaning is based on the mutual offset of equivalent payments made by various banks to each other.

Commodity clearing. On the basis of the amounts that are due for rendered and received services, bought and sold goods and/or securities, mutual offsets of obligations that are present among companies are carried out. They are carried out through clearing houses.

Currency clearing. Here, it deals with settlements in different currencies when a special equivalent - a clearing currency - is used, and, depending on its price, offsets are carried out.

Besides the amounts of direct payments, trade agreements serve as the basis for clearing. Besides that, clearing can be bilateral when obligations of only two participants are considered, and multilateral - when there are more offset participants.

This type of clearing is based on interstate agreements on mutual offsetting of cashless settlements and claims of counter parties from various countries in regard to each other. The system is based on centralization of international settlements among member countries and is an obligatory component for transactions carried out by physical and legal entities from those countries.

Other obligatory elements of currency clearing are volume, currency, and the extent of loan on overdraft. The clearing volume, in this case, is understood as the reach level for payments. In case of full clearing, that is a complete foreign trade turnover. In case of partial clearing, a part of operations is carried out without clearing settlements. A payment unit agreed upon by the parties - the currency in which clearing accounts are opened - is the currency designed for clearing. It may be the currency of one of the partner states, of both countries or, on the whole, a third country currency. The payment scheme, in this case, is as follows: all proceeds and payments from clearing accounts in each state are carried out only in the national currency in accordance with the clearing currency rate. Maximum allowed negative balance, i.e. indebtedness is understood under the amount of loan on overdraft. The extent serves as the basis for continuous carrying out of settlements, it is determined on the basis of the share of debt in the total volume of obligations.

The system of settlements under which claims and obligations of exchange market participants in regard to each other are subject to offset as well as carrying out of these settlements is called commodity clearing. This system allows to carry out the exchange of financial instruments at exchanges, and clearing specifics in each case is determined by exchange specifics and by operations that are carried out at exchange. A clearing house arranges carrying out of transactions: it keeps a record of them, determines the extent of the system participants' mutual obligations and claims. As based on the results of a trading day, the house carries out mutual offset among the participants - exchange traders. Futures exchanges that embrace both stock and commodity exchanges generally operate using the same scheme; however, the arrangement of a clearing system is somewhat different.

This system is based on different banks carrying out similar operations. Interbank clearing allows to carry out offset among branches and departments of one bank, while interbank clearing allows to do the same among different banks. Clearing is valuable for banks because it not only accelerates payments and settlements but also reduces their need for available payment resources, i.e. money. The scheme is simple: transaction participants' obligations and claims to one another are accumulated within a certain period, and then overall settlement takes place when mutual clearing obligations are determined. In this regard, if the participants' obligations to one another have not been cleared in full, then a resolution regarding clearing takes place: the debtor transfers the difference to the creditor's account.

In fact, bank clearing is the process of carrying out settlements when:

The process of calculation has the name of "clearing session". As a rule, those sessions are conducted several times during the transaction day and in the time specified previously. By the results of each session, either intermediate or closing balance (result) is defined for each participant.

Two main systems for offsetting obligations are used in modern clearing. One of them is bilateral (pair-wise) offset when participants are the same parties. Multilateral offset is somewhat more complex. It deals with the calculation of all participant transactions in regard to a certain type of operations by the time specified. For instance, if it comes to purchase and sale of securities, and the company entered into a number of transactions with different counter parties in regard to the same type of securities during the day, then by the end of the transaction day, the company, in fact, will have only one obligation or the right to receive funds. Although this method is not ideal, it allows to make a significant reduction of both the number of deliveries without reducing their volumes, and the number of payments. This system requires a special approach to managing risks that arise.

Offset with continuous execution is one of the variations of multilateral offset when remaining open positions by the end of the previous day are offset in the current day, taking into account reevaluation in accordance with the current rate. In case of large volumes of transactions, this system is the most effective, and apart from other things, helps to reduce the risk of execution of transactions: a clearing house stands between the participants and the parties' obligations and rights that arise are in regard to it. Besides, the number of delays while executing obligations is reduced since ongoing recalculation makes it possible to use purchased securities for settlements in further transactions during the same transaction day.

The activity of houses is targeted at carrying out settlements among participants, arrangement, facilitation and cheapening of these calculations, and also, it is designed to ensure financial stability of the system and to regulate the processes of delivery and payment. Virtually, these houses are responsible for carrying out payments, conducting clearing trade, and receipt due dividends or margin by the participants. Besides, their functions include arranging information reports on the situation in the market where those houses operate. A clearing house can operate as a legal entity, and may be a part of an exchange structure, being its department. In the latter case, the exchange exercises total control over a house, and its activity is carried out only in the framework of this particular exchange. If it comes to the organization of an independent legal entity, then the same house has the opportunity to provide services to several exchanges. A sort of corporation is formed this way to include clearing houses of various exchanges. Such corporations operate not only at futures markets but also are part of the banking system and the securities market. In two latter cases, they only ensure carrying out payments not taking the role of transaction party and not making guarantees in regard to execution of agreement obligations by parties.