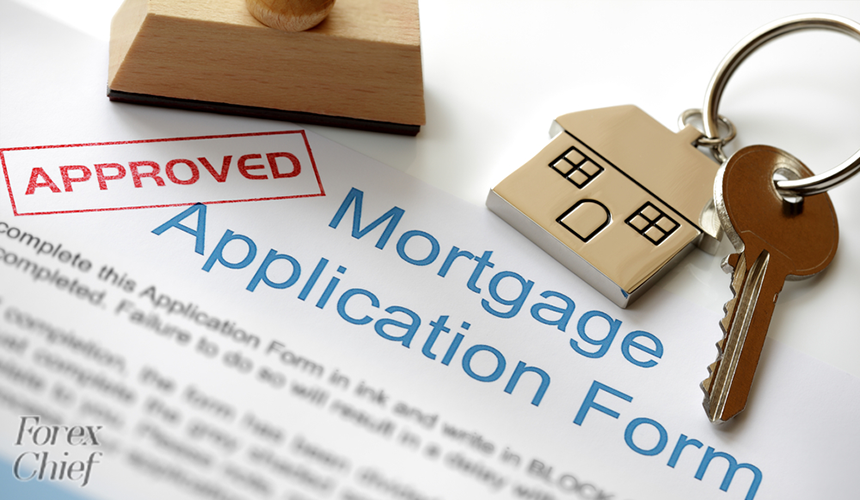 By 2006, the fifth part of all mortgage loans issued in the USA fell under the "substandard" category, i.e. that had a high default risk. In this regard, the total volume of funds of distributed mortgage loans was around 73% of the country's then-current annual GDP!

American mortgage market in the middle of the past decade had a little resemblance of the habitual market when potential borrower's credit history was thoroughly checked, his/her perspectives were meticulously assessed by loaning banks, and mortgage was provided to those whose material well-being was confidently rising to its peak. Just the opposite, mortgage market of those years looked more like the period of exploring America - the brave and the fast won. In this case, it means - the brave became rich. Mortgage was provided just to anyone who expressed his/her desire to borrow money; it was often issued without any initial contribution, moreover - at an unrealistic, ridiculous interest. It is not surprising that the end of that fairy tale was sad.

In March of 2000, the so called dot-com bubble burst in the USA (NASDAQ crisis), which brought a stock market collapse. That caused billions of dollars of losses and significant decline of business activity, massive bankruptcy and flight of foreign capital - in other words, American economy was suffering a serious recession at the beginning of this millennium. FRS made the decision to reduce the discount rate, and, in 2004, it fell to a ridiculously low level - as low as 1%. Money became practically free, and it was not potential borrowers that looked for creditors but banks literally chased after those who wanted to take a loan.

The credit boom had an especially strong effect on the mortgage market since sold real estate units remained mortgaged to the banks until repayment of loan debt, and bankers had no doubt that even in the most unfavorable outcome - debtor's bankruptcy - they could sell mortgaged property at a profit. Banks tried to outbid each other in the competing fight for borrowers offering the most advantageous mortgage conditions: loans were given in the absence of initial contributions, which previously made standard 20%, mortgage rates were unrealistically low - below inflation level; besides, borrower's impeccable credit history was not the mandatory requirement to apply for a loan. A large number of new loans with easy terms of repayment in the first years appeared in the market. In fact, a really absurd situation developed: the borrower's financial situation was so horrible that he could not pay a rent for a leased house but, at the same time, he could easy become a house owner!

As a result, such increased demand led to the growth of real estate prices (they doubled in the period from 2000 to 2006), and a kind of a vicious circle was formed: mortgage and real estate became more and more profitable investments that more and more people could afford; however, while doing it, they kept on pushing up prices in the market. Speculative operations were common: houses backed by mortgage were purchased, and after a short while when property prices grew, they were resold - as a rule, to those same mortgage loan recipient who came to the market later. Actually, the whole situation resembled a financial pyramid very much: people relied on exceptional "never-ending growth".

By 2006, the fifth part of all mortgage loans issued in the USA fell under the "substandard" category, i.e. that had a high default risk. In this regard, the total volume of funds of distributed mortgage loans was around 73% of the country's then-current annual GDP! In order to satisfy the demand, new financial products were created, in particular, loans with deferred repayment of the principal: the borrower had to pay only the interest within the first years, and the principal amount remained unchanged. Besides, there came loans with floating rates when the interest rate was specified only for the first several years, and then the borrower had the right to increase the interest rate individually. Loans with the borrower's right for individual selection of interest rate from month to month within the whole term of mortgage were not an exception: that rate varied at client's discretion; however, banks were not left in disadvantage - if payout amounts did not cover the amount of interest required by the creditor, the difference increased the principal amount. Altogether, the borrowers' share under substandard loans was more than 60% by 2006. Banks not only distributed mortgage loans in huge numbers but also issued mortgage-backed securities - derivative financial products, whose price was determined by the level of mortgage payments and prices for homes. That allowed to engage foreign investors who were active investing money in this "bubble" in a rapidly developing market. New loan instruments along with complex and obscure methods of reflecting securitization in off-balance accounts allowed the banks to hide the share of borrowed capital not only from regulatory bodies but also from investors. In fact, loans were distributed without proper level of reserves required for covering possible damage due to non-repayment of loans.

Unification of loan and other profit-making assets for creation of obligations in the form of trading securities is called securitization. However, different from the scheme that was effective in the USA at the beginning of the 1980s, when the main sellers were the companies with public ownership, the risk level for mortgage loans was low and sellers provided guarantees in case borrowers defaulted on mortgage obligations and passed on only interest risk to buyers, the situation was different during the mortgage boom: private banks and funds traded securities under mortgage with high level of risk, not giving any guarantees. In actuality, the buyer of such securities bore both interest and credit risks. Relative safety was provided at the expense of distribution of these risks among a large number of investors and the issue of obligations backed by mortgage property as well the issue of securities backed by house mortgage.

Meanwhile, various hedge and investment funds were established that acted as intermediaries in the mortgage and new financial products market. The banks themselves were active speculation participants in this market. In actuality, a very complex and obscure scheme was formed, which, practically, was not controlled by regulatory bodies: a large number of participants tied together with mutual financial obligations, new credit products, the market boom, lack of transparency in banker's books in regard to these operations. At the same time, all types of rating agencies assigned the highest reliability ratings to both high-risk securities and participants who carried out operations with them! In fact, money that did not exist and was present only in the banker's books circulated in the market: mortgage distribution, purchase and sale of mortgage securities and pledges simply increased the balance amount of banks or funds involved in this scheme. In general, by 2007, the value of issued mortgage securities practically tripled, the securitization share was more than 40% of the real volume of loan debts! When investors stopped purchasing securities backed by substandard mortgages, it was impossible to stop the mortgage crisis any more. It is notable that new financial instruments, whose goal was to reduce and evenly distribute risks, mainly contributed to their hiding.

Who is behind that?

Although every central bank's task is to carry out credit and monetary policy and financial regulation that are designed to support country's economy as well as exercise supervision over the country's financial institutions activity, prevention of emergence and development of various financial bubbles is not, in fact, included in the FRS' task list. In fact, the Federal Reserve has the function to assist in minimizing the damage that follows a regular default.

Although as far back as in 2004 FBI warned about the "epidemic" of fraud in the mortgage and mortgage securities market, and the number of transactions that raised suspicion grew in 20 times by 2005, FRS didn't take any action. Just the opposite, its policy, at that time, contributed to emergence and growth of the mortgage bubble. The reduction of the FRS discount rate at the beginning of the 2000s that was allegedly designed to soften the consequences of the dot-com crisis and 9/11 terrorist acts also give rise to doubt: in the end, both the NASDAQ crisis, 9/11 events and the mortgage default could simply be a part of the general plan to take money from the Americans and foreign investors and get more authority over the government by means of emergence and growth of the national debt. FRS denies its involvement in any way, stating that although the reduction of the discount rate was not a very good decision, the main reason of the crisis was "a surplus of savings" in the world that led to large foreign investments in the USA and ensured a low level of mortgage interest rates.