World during the plague: scary, but stable

US is preparing to restart the economy; Germany threatens the ECB; Britain continues the war with the EU. Japan approved Remdesivir for patients with COVID-19; we gradually get used to the virus.

Although markets continue to ignore almost the entire macroeconomic and fundamental background, the topic of COVID-19 remains important but is gradually losing focus. Panic is giving way to prudent action in the health sector and the development of a vaccine that needs to be launched at least in experimental production before the second wave of the pandemic «planned» for fall.

After the informal intelligence association of the five states, known as Five Eyes (USA, UK, Australia, New Zealand, Canada) published a report on China's responsibility for the coronavirus pandemic, the Chinese Foreign Ministry formally denied the «lies of the United States» on COVID-19 on 30 pages.

US Treasury Department Mnuchin and Lighthizer sales representative held telephone conversations with Chinese Vice Premier Liu He, in which, according to an insider, they agreed to «expand the favourable conditions for the implementation of the first phase transaction». Alas, the media claims that the new US trade war with China is being cancelled is most likely premature, since neither the fact nor the topic of these negotiations was clearly agreed with Trump.

However, political speculation on the subject of the virus continues. Attempts to accuse China of creating and spreading the virus should distract potential voters from the inaction of Trump and his team at the beginning of the epidemic. So the theme of «witch hunt» (сhinese) will be exploited by Trump, at least until the fall.

The US economy will not survive quarantine: the first estimate of losses is up to 10% of GDP in 2020, the unemployment rate has already risen to 15%, the labour market is in complete decline. So, despite the high risks of the epidemic, this week in 43 out of 50 states, «viral» restrictions are lifted in whole or in part. We will find out how the global business and COVID-19 will react to this in the coming month.

By the way, the US is launching Patriot air defence systems deployed in Saudi Arabia and other Middle East countries after a series of attacks on Saudi Aramco oil facilities. Two squadrons of American fighters have already left the region, a plan is being considered to reduce the military presence of the US Navy in the Persian Gulf. It is unlikely that Trump believes that today's Iran is less dangerous than last year, or plans to use military resources more rationally, for example, against China. A more real reason is the desire to punish Riyadh for a collapse in oil prices and an attempt to force Saudi Arabia to «pay» for the US losses. The reaction of the Saudis to such a demarche has not yet been announced.

The German Constitutional Court demanded that the ECB explain the feasibility of the €2.7 trillion euroQE, which started in 2015, otherwise, the Bundesbank should stop buying T-bills under the ECE QE program and sell off assets previously purchased under this program from its balance sheet. The verdict of lawyers from Karlsruhe was a real shock not only for the ECB and European investors but also for the plaintiffs themselves, who did not particularly believe in the success of the event after the European Court found the quantitative easing program legal. Germany dug a hole not only the ECB but also contrary to the principles and norms of the EU, as it declared the decision of the European Court invalid.

Recall: the ECB is not a bank, it is a meeting of the heads of the central banks of the Eurozone countries, which take collegial decisions binding on national central banks.

The ECB Governing Council does not intend to discuss with German «experts»: if you just set a precedent, then you will have to justify yourself before any regional court. Moreover, everything is clearly written on the ECB website. Lagarde first showed reasonable rigidity, saying that the ECB is accountable to the European Parliament and will do what it should, guided by its mandate. A strange verdict made the euro nervous, but the collapse did not happen. The German court gave the ECB three months to explain, during this time, probably, the parties will determine the boundaries of their powers and the conflict will die safely.

The BOE did not adjust the rates and parameters of the asset buyback program, but Bailey acknowledged that the regulator could take this step next month. Negative interest rates are not yet considered, but the increase in QE volumes is almost guaranteed. Analysts expect inflation to slow down in the next 2-3 months below 1%, consumption to fall by 12%, and the economy as a whole by 25% within three months, unemployment could more than double up to 9% of the total workforce.

The second round of negotiations with the EU opens today. This is the penultimate «discussion session» before the final talks on June 1, after which the British government intends to make a final decision. There are two options: continue negotiations if the basic principles of a future deal are agreed, or begin legal preparation for Brexit without a deal. We’ll hear the results of the talks from Barnier on Friday − a statement could lead to a strong reaction of the pound and the euro.

There are few statistics this week:

A strong reaction to the reports should not be expected.

Fed continues to reduce the amount of purchases of T-bills under the QE program (up to $7 bln/day), which is consistent with Powell's statement during an April press conference. Alas, the head of Fed is clearly not ready to admit that FRS has switched to primitive monetization of the US government debt, and the failure of the debt market was caused not so much by the crisis as by increase in loans by US Treasury as a result of Trump's fiscal policy. Jay will speak on current economic issues on Wednesday, but we are unlikely to hear anything new. Lagarde will attend the next Eurogroup meeting on Friday. A statement is not traditionally expected, but the head of the ECB loves impromptu. 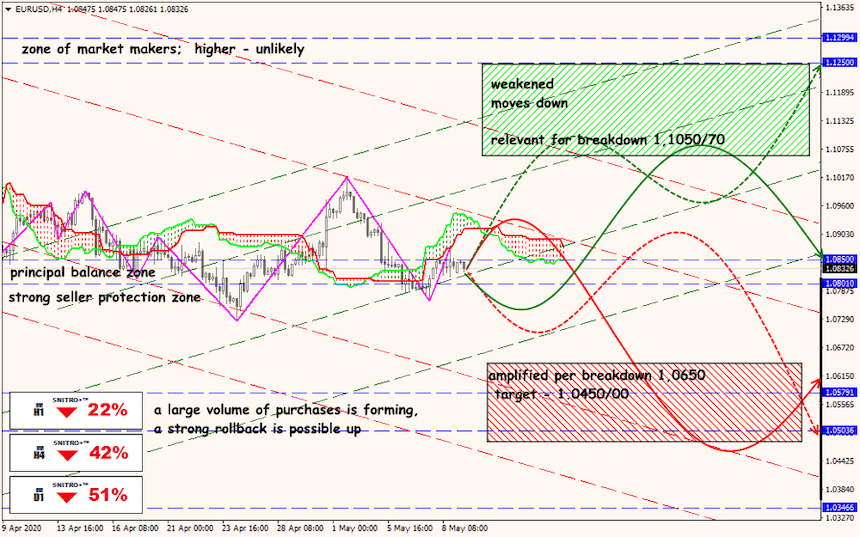 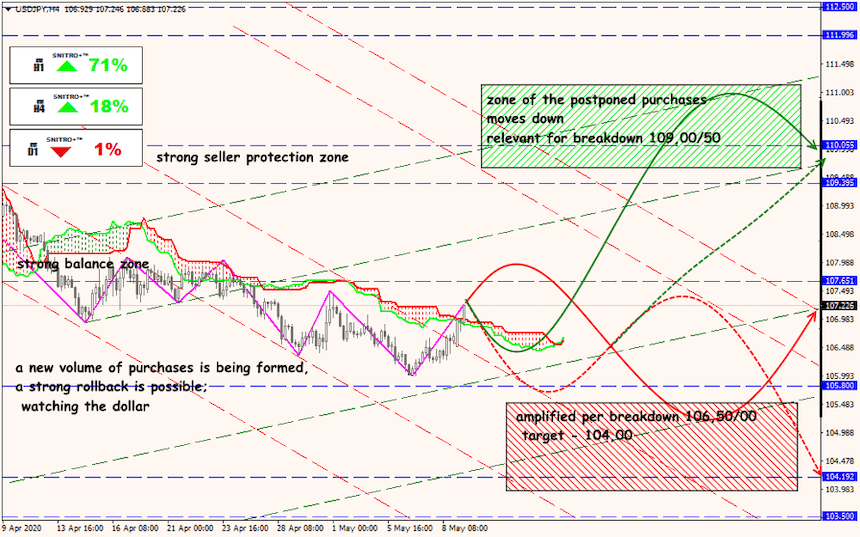 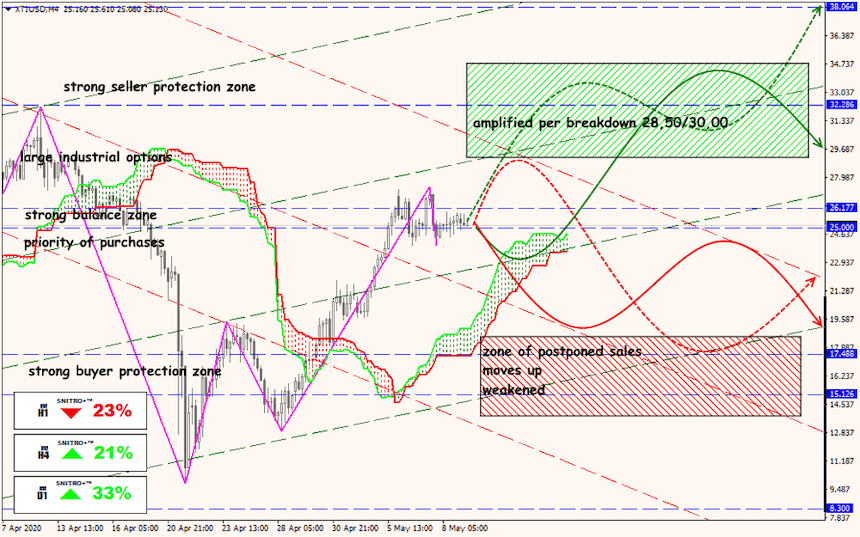