Wars don't determine who is right: the market craves revenge

In the next five weeks, the world hopes to get answers on key issues: Brexit and Trump's trade wars, but confidence in current information is still weak.

Even the most favourable decisions cannot be considered final, although a strong impetus for risk appetite at the end of the year is guaranteed.

Trump promised to decide on increasing duties on EU auto imports until November 14, which is one of the key drivers for the dynamics of the euro. Negotiations to open the EU agricultural market for US farmers' products failed, but US Secretary of Commerce Ross said Trump would still give the EU another postponement. Former European Commissioner Juncker said Trump will continue to threaten the EU, but the US president is simply not ready to implement his plans. The White House did not submit a report to Congress on the threat of car imports to national security, so, in extreme cases, EU car import duties can be partially increased or delayed for up to 6 months. A partial increase is unlikely, but when accepted will be a strong short-term negative for the euro.

Last week, Beijing announced that it had reached an «understanding» with the United States to abolish previously imposed duties when signing the «first phase» agreement, but optimism in this topic is exaggerated. In particular, this interpretation may be related to an inaccurate translation from Chinese  the original could mean the requirements of China and not the fact of reaching an agreement.

Trump said on Friday that there will not be a complete abolition of duties, and the Chinese president will still have to visit the United States to sign all phases of the deal. Nevertheless, without the correction of duties, China will not sign anything and (at least!) will not buy the products of American farmers. A trade agreement, even an intermediate one, should be concluded before the end of November, otherwise, the US recession is already guaranteed in the first quarter of 2020, and then Trump’s chances for a second presidential term will be minimal.

Trump's rhetoric in the subject of negotiations will actively put pressure on the markets. A depreciation of the renminbi below 7.0 will be a sign of Beijing’s readiness to draw up a trade agreement. A block of statistics on China will be released on Thursday morning.

For a month, Britain will be in chaos in preparation for the election; the ratings are actively contradictory, but at the moment Farage party does not pose a threat to the leadership of the conservative party.

Johnson's new treaty with the EU does not make sense without ratification by Parliament. The threat of a «tough» Brexit has been virtually eliminated, but the fact of a «loyal» separation from the EU is postponed indefinitely. The British voter, who is used to voting for a more efficient (economically) party, is now forced to apply other criteria, but no one wants to delve into the detailed scenarios of «life without the EU». The balance of opinions may be upset after the November 29 televised debate.

As expected, the BOE kept rates, worsened the forecast for GDP for 2020-2021, as well as the current forecast for inflation, but the conflict during the vote made the market nervous. The regulator changed the rhetoric to more aggressive, but at a press conference, Carney was not surprised at all - the state of the economy is deteriorating, the labour market is slowing amid falling consumption and other traditional comments. When parliament ratifies the agreement on exit, the Central Bank expects an influx of investment; in the absence of a clear decision on Brexit and the continuation of the trade wars, lower rates are guaranteed.

Against the background of the political “hunger”, economic reports gain an additional influence on the exchange rate, and therefore we pay special attention to data: today - GDP for the 3rd quarter, tomorrow labour market statistics, then inflation report and retail sales.

The main US statistics will be consumer price inflation and retail sales. The data will either support the current Fed policy or introduce doubts about the next pause in rate adjustment.

In the Eurozone, we draw attention to the German ZEW index, German GDP and Eurozone GDP for the 3rd quarter, and consumer price inflation in the Eurozone in October. Fans of Asian assets are advised not to miss data on Japan's GDP growth.

Powell will speak twice this week: before the joint economic committee and before the budget committee of the lower house of the US Congress. There is no doubt: he will say that the three cuts in the rate eliminated the downward risks for the US economy, but he is unlikely to say anything new. However, it is customary to answer congressmen’s questions more honestly and more fully than during press conferences, so it’s still worth listening to Jay’s answers.

The testimony of former adviser to Trump Bolton may be key in the impeachment investigation, but Bolton will only testify if he is officially summoned to court. So far, his date of testimony has not been announced.

Trump will perform at the New York Economic Club on November 12, the official theme is Economics and Trade. Donald will announce the achievements of his (first -?) Presidential term and will set the agenda for a second term in case of re-election. First of all, it will be the announcement of «Tax Reform 2.0» and the theme of US global trade policy. If the scenario for the US withdrawal from the WTO is realized, then a trade war with China and the EU will be too small a problem amid the global panic.

The ECB members will continue to delight the markets with their performances, on Wednesday we will check whether the tradition of issuing insider information remains after the ECB's interim meeting. 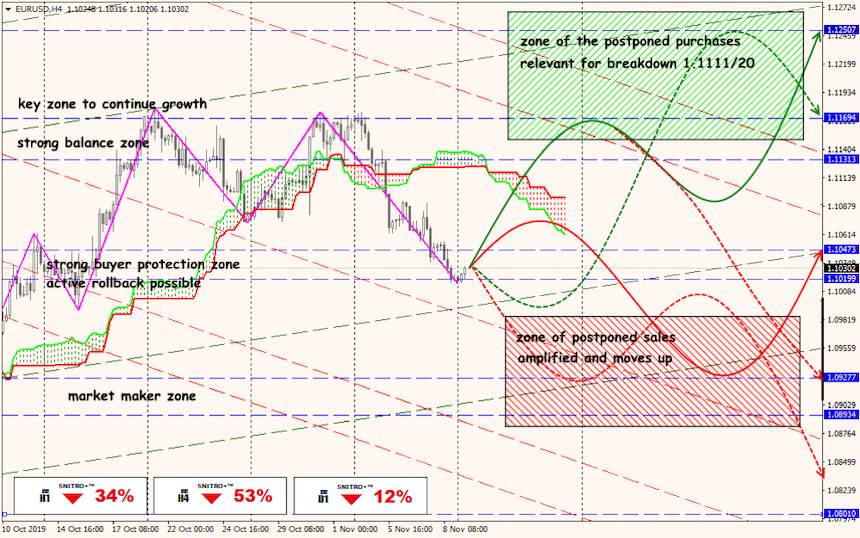 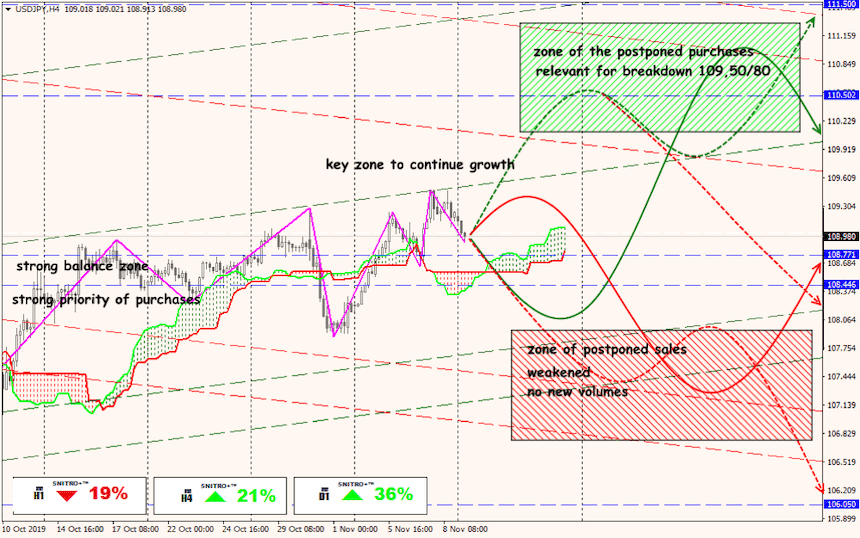 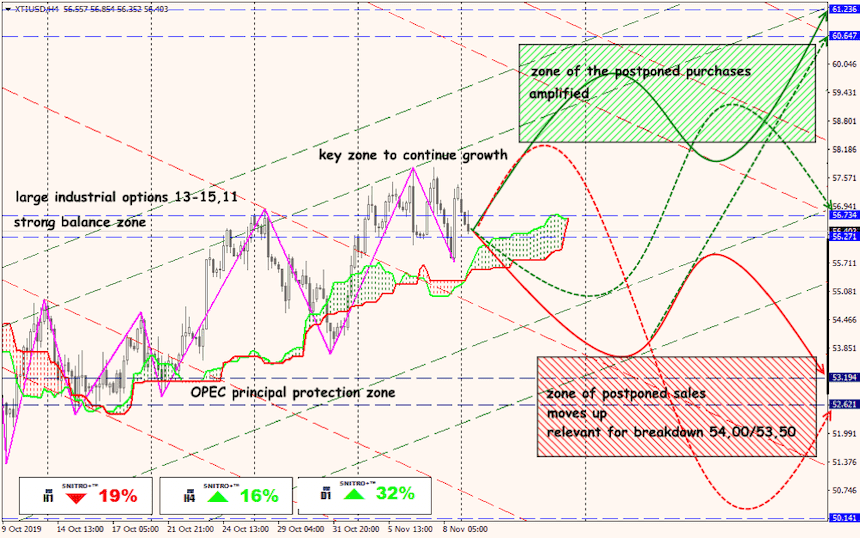