War of the worlds: viral crash-test – still not a disaster

Gloomy predictions start to come true: the collapse of the US stock market confirmed that waiting for help from monetary manipulation makes no sense. Investors are changing the U.S. cheap money on gold and electronic promotions.

Panic on the topic of the virus still seems excessive, but investors are beginning to consider not only the economic impact of the epidemic but the risk of losing trump in the presidential election in November, what causes global capital outflow from US assets. Capitalization of the US stock market fell by more than $8 trillion; derivatives CME increased the probability of reducing the Federal funds rate at the March FOMC meeting from 9% to 72%.

Who elevated the risk assessment of the epidemic to a «very high», since the number of virus-infected COVID-19 is rapidly growing and China has ceased to be the main driver. Critical negative data on PMI of China became the first real measure of the impact of coronavirus on the economy and the official reason for Beijing to ask the US about a delay of execution of obligations under the agreement «the first phase». The negotiations on this issue can begin as early as this week.

The disastrous press conference showed that Trump knows how to fight the impeachment, China, EU, OPEC, Biden, Sanders, or all at the same time, but the virus he has no power. Quarantine in the United States is not excluded that will lead to virtually complete loss of business activity, but without official quarantine, the virus will still spread and lead to the same recession.

To launch more fiscal stimulus need the consent of Congress. Congressional approval is needed to trigger additional fiscal incentives. FED, in the person of Powell, came to the aid of the president on Friday evening, uttering a key phrase in a brief statement about «readiness to support economic growth if necessary». The markets immediately turned to the trade risk reduction in the key rate on March 18 by 0.50%. However, the threat to intervene in monetary policy at the next meeting can be considered the only test of the market reaction. FED will have to wait for the publication of ISM index of the US industry and only then, depending on the data, will decide on an extraordinary meeting.

White House officials are more concerned with the impact of the epidemic on the outcome of the presidential elections than a real virus. Another headache for election Trump: billionaire Michael Bloomberg, the Joker from the card deck of the Democrats involved in the presidential poker. Tomorrow we find out whether he will be able to become that figure who can believe independent voters and even Republicans who are tired of Trump.

The dollar will be under downward pressure to clarify the future policy of FED.

The next report will put pressure on the rating of the upcoming stimulus of FED, that are advertised as using the stock market and look like personal favour for Trump. Powell argues that the possible rate reduction would be a one-preventive measure as long as the US economy does not begin to show clear signs of slowing down. And you believe that? The epidemic in China began on January 20, that is, to the beginning of February, investors were already in a stable panic, but because the probability of a weak report on March 6, is quite high. The ISM reports and the ADP will adjust market expectations and will have an impact on the levels of the dollar before the publication of the NFP.

The EU and London have finally released their mandates for trade negotiations and, as expected, a shared understanding of global goals is missing. The EU insists on «equal footing» according to the signed the political Declaration, while Johnson refused to comply with almost all previously agreed obligations.

In the framework of a trade deal, Britain wants to obtain legally binding assurances of access to the financial market of the EU and at the same time trying not to give any advantageous position. The mandate of Britain requires to agree on the General structure of a trade agreement with the EU until June, otherwise, the government will resume preparations for trade with EU on WTO rules, from January 2021. Extension of the transition period, the Johnson rule, but a variant that at the time of the deadline in Britain will have another Prime Minister is also possible.

Alas, the EU rejects the «Canadian version» of the deal, does not succumb to blackmail and does not accept any time limits. Negotiations open today and any positive after the first round is unlikely. The results of the first meetings of the negotiating groups will actively put pressure on British assets.The government of Johnson will present the budget of the UK March 11 – pay special attention to the information on fiscal incentives. Interest PMI of industry and services with publish today and Wednesday.

The main driver remains the Chinese virus and related speculation. Basic information before the summit of OPEC+ 5-6 March is the reduction of oil production by 600 thousand barrels to June and the proposal of Saudi Arabia to increase this figure to 1 million barrels. Russia's consent to such a reformation of the market is still there are probably the current prices consistently below $50 «comfortable» for the Russian budget. Insider reports that the Cartel can independently reduce production in such a volume, but Russia's withdrawal from the agreement with OPEC will be an extremely negative signal for the markets. There is an idea to cancel the summit (under the pretext of an epidemic, of course!) and postpone the decision until the Russian Federation determines its position, but it is unlikely that traders will like it.

The ECB may hold an extraordinary meeting because of the coronavirus epidemic, although any monetary measures at such a summit are unlikely. The European regulator monitors the impact of the virus on supply chains and plans to discuss its possible impact on consumption in the event of a «shock demand». According to the small fraction of information that is now getting into the press, it can be considered that the correction of the monetary strategy will be completed before the end of the year and there is no need to take additional incentives at the meeting on March 12.

The key event of this week remains the report of ADP, NFP, ISM industry and US services. In Europe, we pay attention to the PMI of industry and Eurozone services and consumer price inflation.

Be vigilant: after Friday’s statement by Powell, FED officials have one last chance to voice their views on the prospects for politics, as the «period of silence» will begin on March 9; comments are likely active speculation with the dollar. 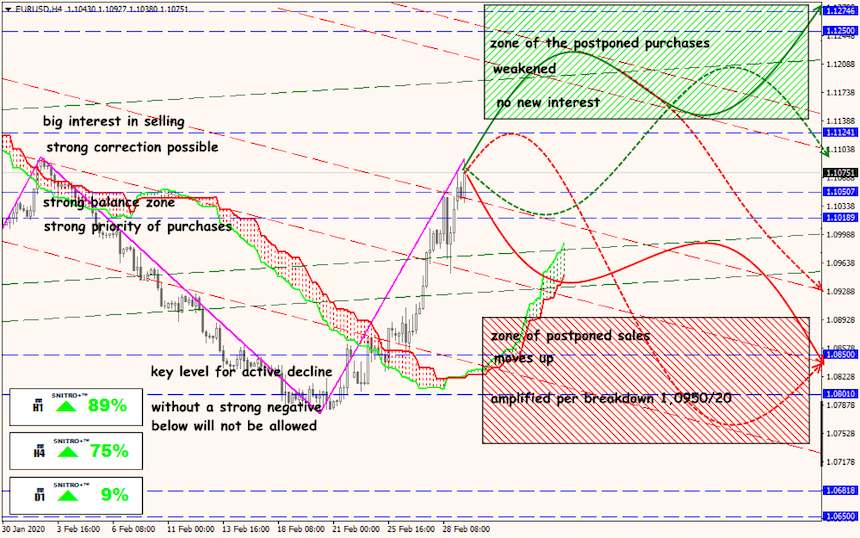 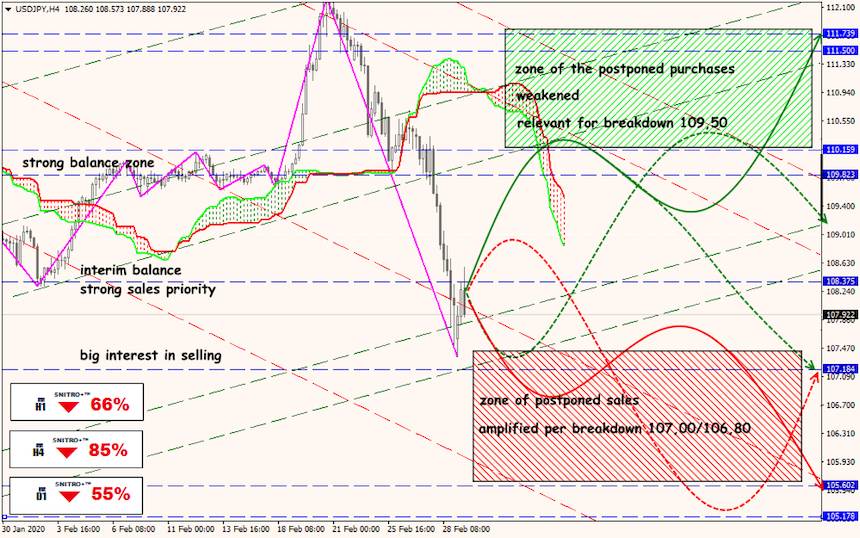 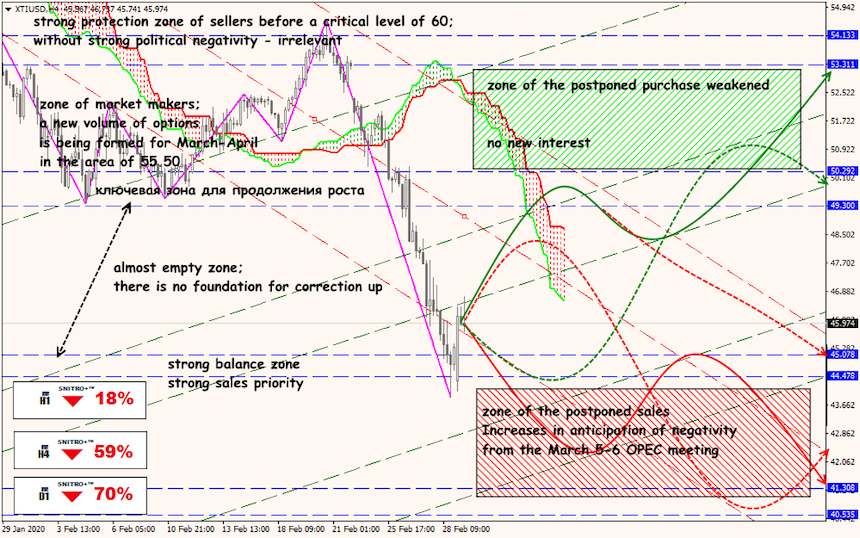