Virus is losing credibility: world is ready to cancel quarantine

Markets are losing interest in COVID-19 and are starting to respond to macro statistics. Dynamics of pandemic do not give rise to optimism, but governments are forced to ease quarantine, while there is still a chance to save the economy in real-time.

The first vaccine for coronavirus should be expected no earlier than autumn, and this is still an extremely optimistic scenario, more realistic terms − in 12-18 months. If you keep «world closed» for another six months, then there will be nothing to restore later. Most countries consider operational scenarios as part of more loyal quarantine measures.

Recall the events of last week, which could, but have not changed the balance of power in the main assets.

Market reaction was virtually absent, no new information; FED intends to continue its current policy until the pace of economic growth after the abolition of quarantine becomes clear. The deadlines set by Powell almost coincide with the forecasts of experts on the manufacture of the vaccine and its mass production.

In the event of a sharp increase in consumer spending, lower unemployment and the absence of a mortgage crisis, the Fed promises to quickly curtail the QE program. With the favourable development of the situation in the US economy since the 4th quarter of 2020, the US debt market may be under strong downward pressure. Further, it all depends on the outcome of the November elections: if Trump remains for a second term, then the tough confrontation between him and the Fed can not be avoided, if Biden becomes president, then a new financial crisis is possible.

The Fed continues to reduce purchases of T-bills, trying to limit the growth rate of the balance sheet. There are no publications of new forecasts, but they will certainly be at the June meeting.

The meeting was standard, there is no need for a policy correction, the impact on markets is minimal. ECB is pleased with everything at the current stage, spreads of profitability are under control, euro is low; a decision was made to soften TLROs operations and possibly increase the size of the PEPP program.

Lagarde is afraid of questions after the March meeting, press conference was empty and nervous. ECB forecasts suggest that Eurozone GDP may fall 5-12% this year depending on the length of quarantine and fiscal incentives of governments. The worst option would be a fall in GDP of 15-20%; PEPP will last at least until end of year, but extending it is not ruled out. Economic recovery ine Eurozone is expected in the first half of 2021.

Рublication in the Washington Post of information by «anonymous» sources about the development of a plan of «punishment» of China and the demand for material compensation for the COVID-19 pandemic made many people nervous. In particular, the discussion included options for US to refuse to pay more than $1 trillion in its debt obligations, which are owned by the Chinese government and private individuals affiliated with it. The dollar accelerated the fall, Trump's advisers, in particular Larry Kudlow, had to repel a media attack on a possible US meltdown as a result of a lack of debt payments.

Trump said that the US-China trade agreement is irrelevant, China's liability for damage is a priority, with a new increase in fees to receive a more serious amount. Alas, Trump’s attempt to make another show for voters and a new trade war will be an additional «tax» for people suffering from falling incomes under quarantine. It is clear that China will not compensate anyone; the situation is stalemate, diplomats on both sides are still silent.

British Prime Minister said that the peak of coronavirus diseases has been passed, government intends to submit a plan to weaken quarantine this week. Insider reports that the Johnson government does not intend to accept terms of EU negotiations on a new trade agreement, as EU does not recognize Britain as a sovereign state and is trying to impose the rule of law of the European Court of Justice and the obligation to share fishing waters.

Britain will take stock of negotiations in June and decide whether to continue them or prepare Brexit without a bargain. Only two rounds of negotiations remain until this moment, but neither side intends to concede.

Epic of trade negotiations with the United States begins, which may lead to a short-term pound growth at first positive, but benefits of Britain from the «economic» friendship with the US are very small, while the absence of a trade agreement with the EU will bring down Britain’s GDP within 2-4 months.

This week we are waiting for:

The report, obviously, will be a failure and if data will be worse than forecast, short-term market reaction may be strong, and the dollar may continue to fall on flight from risk. For long-term prospects are more important than pace of recovery of labor market after lifting of the quarantine, so April's report can only determine the levels fall, which can wait for recovery.

By the way, Powell readily admits unemployment at the average forecast of experts from 12 to 16% (11-22%), and data for last week is confirmed. The forecasts reflected in current quotations, but will be adjusted after the release of the ADP report and ISM services, stronger disagreement with the expectations, stronger will be reaction.

Wednesday are waiting for the publication of a plan to Fund the recovery, speculators are prepared to buy Euro on dips. The main factor of this plan − percentage of loans to grants to support the economies of troubled countries in the Eurozone. The Eurogroup meeting on the issue scheduled for 8 may. Comments Lagarde can leak to the media. The statements of the Finance Ministers of Eurozone countries can cause a reaction in all euroactive, strong disagreement would be a new negative factor for Euro.

The German constitutional court should decide on the claim on purchases of European government bonds, but the reaction will be short-term because in case of a negative decision, the claim will be referred to European court, which in any case will decide in favor of the troubled Eurozone countries.

Texas Commission tomorrow will vote on the reduction of oil production, Norway has reduced volume supplied to foreign markets. Reports on oil reserves came out less than a failure, which gives hope for the stabilization of market is waiting for growth in oil demand by 10-15% after the lifting of quarantine. Closely watching Beijing's response to the allegations of US. 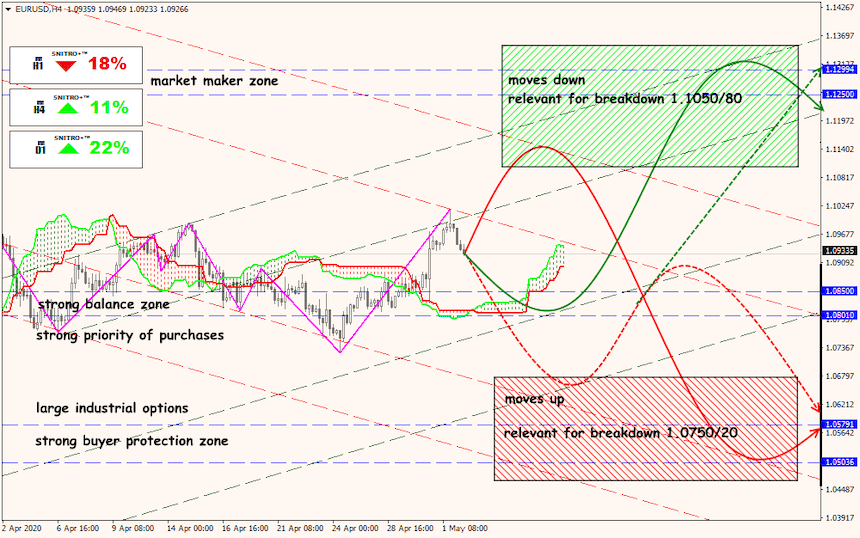 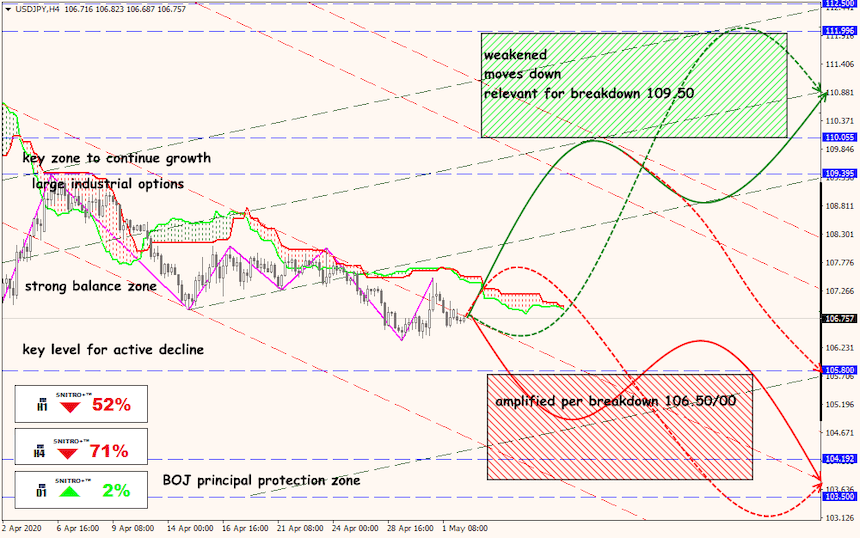 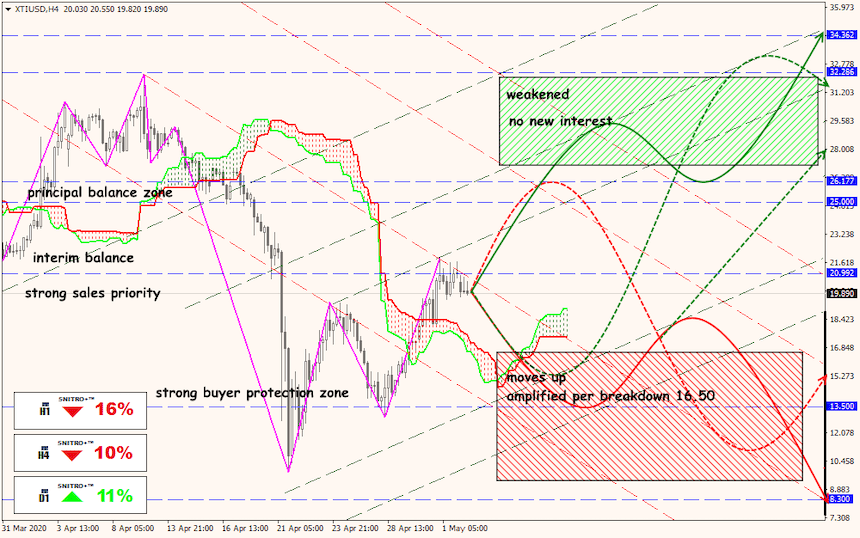