Vacation cancelled peace we cannot even dream of

The last session of negotiations on Breaksit will lead to a strong pound, the expectation of the OPEC decision can give a wave of oil growth followed by a deep correction, the ECB and the fed may announce additional monetary incentives. Alas, the story, according to which in summer the markets are drifting in flat, again have to adjust.

Trump has accused the world health organization that it is under Chinese control and is unable to provide accurate information about the spread of the coronavirus. As it turned out, the refusal to cooperate with the who – not the most scandalous idea generated from the American President.

Trump during a Friday press conference, said that Beijing «broke his word» in respect of the autonomy of Hong Kong, but because the special regime of the US includes a «cancel mode». However, no plan specific sanctions and even the timing of the official adoption of such decisions. It is logical to assume that any action will be taken before the November election, as it may lead to the termination of the trade agreement with China, which the American business Trump is clearly not forgiven the.

China will be the main theme of the election debate and Biden while correct in his statements that trump will fiercely to threaten China but did not dare to strike. This is also evidenced by the decision of trump on the postponement of the summit of the G7 leaders on Sept.

Among the options under consideration was a proposal to declare one year to China could abolish the national security law, otherwise, it is waiting for a complete rejection of the special status of Hong Kong. The reaction of Beijing yet, but in any case, a year is too long to ensure that the markets are very nervous. Still, the markets may lose their appetite for risky assets as the deterioration of relations between the US and China.

A month before another important deadline is the background remains actively negative. If «off» the political noise, even without the publication of important statistics it is clear that the problems in the British economy growing; at least, the GDP of Britain is willing to lose for the 1st quarter more than 10%, and verbal BOE speculation about negative interest rates only aggravate the situation.

Brexit negotiations have long been a sham: the last three rounds will not step closer side to a common decision even on global issues, and regional and sectoral details are generally leftovers. Johnson has planned another trip to Brussels in the second half of June for personal talks with Ursula von der Leyen. Positive from this meeting should not wait, but the British Prime Minister will be able once again to declare that the Alliance does not want to concede.

The EIA and API reports showed a slight increase in reserves, but data for Cushing eased the situation. Kartel and his colleagues actively cut production. Saudi Arabia proposes to extend the deal in the current volume (9.7 billion barrels) to the end of the year, but the Russian Federation agrees to extend until September. Algeria proposed to postpone the OPEC meeting on 4 June from the earlier scheduled date on June 9-10, the meaning of such a step is not clear yet. To extend the program of reduction of production transfer for 6 days is optional, a question about the completion of the transaction is not discussed. It is possible that the United States is preparing the raw «punch» in China and OPEC fears that this will cause a new drop in demand.

Things are moving in an obscure scenario, willingness to speculative growth is already incorporated in the current price of oil should pay special attention.

We pay attention only to information that pertains to the assessment of the Eurozone crisis: the higher the amount of EuroQE, the lower the spreads on the yield of government bonds of troubled EU countries, and, as a result, the risks of a political and debt crisis are less. We look forward to expanding the emergency PEPP program − forecasts promise an amount in the range of €400-750 billion. But there are two more meetings before the completion of PEPP, so it is not a fact that the final decision will be made right now.

The European Commission presented its plan for the EU Recovery Fund in the amount of €750 billion euros, assistance from which is expected in the form of grants (€500 billion) and in the form of loans (€250 billion). With the adoption of the plan by EU leaders, the need for ECB intervention in the debt market will significantly decrease, if not completely disappear. It is reliably known for now that the European Commission issues bonds, their redemption by 2028 are planned from the EU budget, and Italy and Spain will receive the main preferences, for which grants and cheap loans of €313 billion are reserved.

It is likely that the European Commission’s membership will be adjusted in the process of political “bidding” at the June summit of EU leaders on June 19, it is possible that the consultations will be longer and the final version will be adopted only after a month.

A positive reaction of the euro is possible with an increase in the volume of the PEPP program; the absence of such a decision will lead to a downward correction. It is also worth listening to Lagarde's answers about the scandalous decision of the German Constitutional Court and the preparation of the ECB's emergency plan for the purchase of T-bills without the participation of the Bundesbank.

Data remains an important factor for Fed decisions along with consumer spending. And the worse the report on the labour market is, the more “optimistic” Powell’s speech will be at the Fed meeting on June 10, which will support the risk appetite.

The main statistics of the week:

FED has opened a «period of silence» before the meeting on June 10, ECB officials should remain silent until Thursday, but usually, this rule is ignored. After the meeting, you should wait for the insider and comments, especially in the case of undesirable market reactions to the ECB decision. 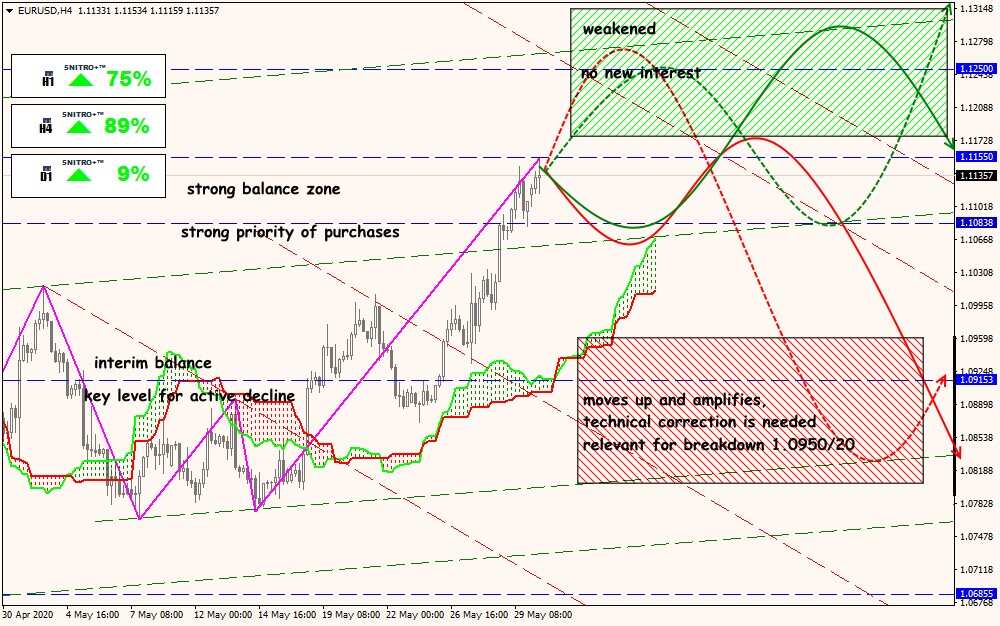 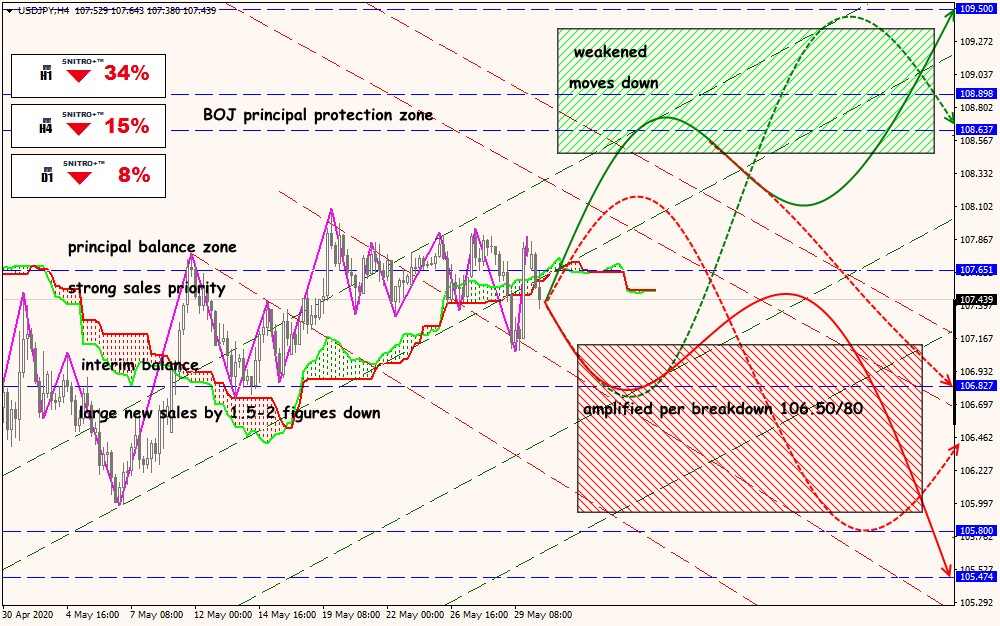 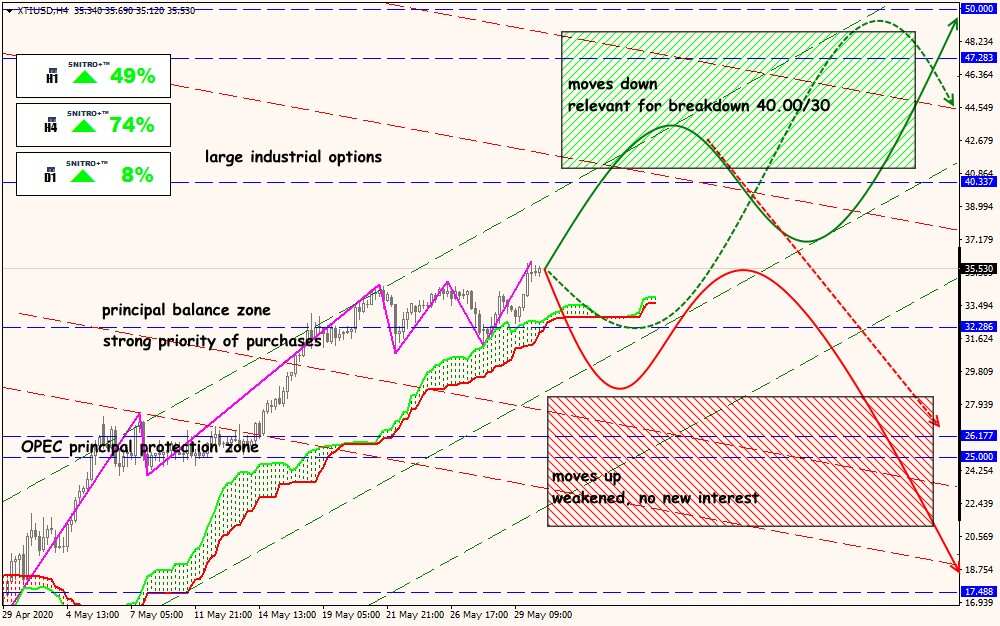