Under the sign of Trump or who the dollar is afraid

The national debt of the USA reached a record; Europe prepares for protection, and China – for the attack.

The auction for the Mexican wall, the Irish border and the European cars continue.

As expected, May suffered the next defeat in parliament during the vote for the mandate on the change of guarantees of Britain on the support of border with Ireland at negotiations with the EU. The Prime Minister does not lose hope to manage to get new concessions from the EU, but corrected the position, having said that guarantees of the EU about the temporality of the border can be given also without the amendments to the global agreement.

Apparently, in the EU lost interest in negotiations with May and current week the meeting with Corbyn is planned who supports constant membership of Britain in the Customs union with the EU. If till 27 February the agreement and its ratification by Parliament of Britain is not reached, then May's resignation and early re-elections in Parliament are inevitable, and in the auction for Brexit, most likely, there will come the pause.

After a January somersault in monetary policy, the markets wait for unpleasant surprises from each document of FRS. And though, in general, the publication planned for Wednesday became obviously outdated, it is worth reading carefully and to look for differences in Powell's rhetoric during the January press conference and the official text. Only two key moments:

Anyway, the publication can press only in short term for the dollar as after a release of failure retails and considering shut down GDP growth in 1 quarter will hardly exceed 1.5-2% that supports expectations of the markets in lack of further increases in rates.

Today the markets of America have a rest, but statistics is not canceled. We pay attention: regarding the USA − durables, the production index of FRB of Philadelphia, data on the sector of the real estate, PMI of the industry and services for February; on the Eurozone − PMI of the industry and services, the German ZEWI IFO indexes, inflation of EU countries for January, tomorrow Britain will publish the report on labor market.

The current week the head of FRB of New York Williams and the Vice President of FRS Clarida will act, the reaction of the markets to their performances can be strong. Draghi will act in Italy on Friday and though the official subject of performance is far from perspectives of the policy of the ECB, Mario can shed light for the period of the start of TLTROs. In the absence of signs of a recovery of the economy of the EU, euro will be under the descending pressure prior to a meeting of the ECB on 7 March; the protocol of a January meeting is published on Thursday − we read attentively. 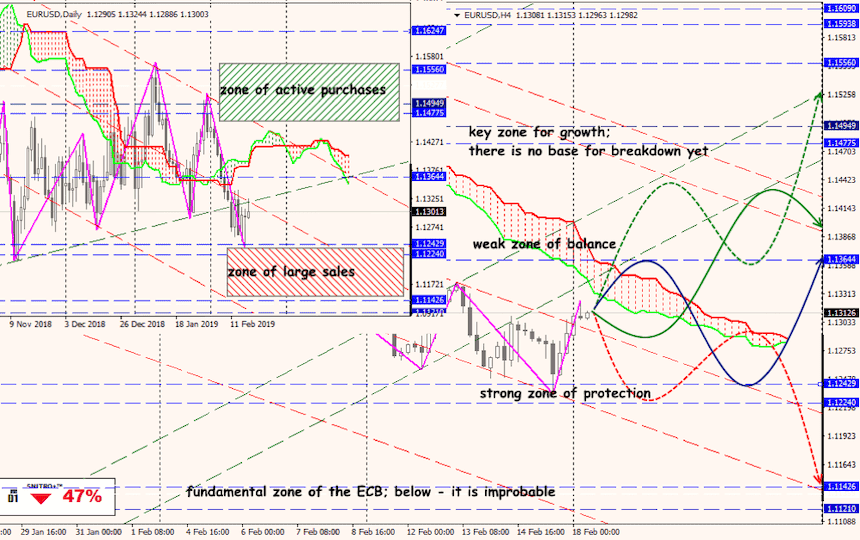 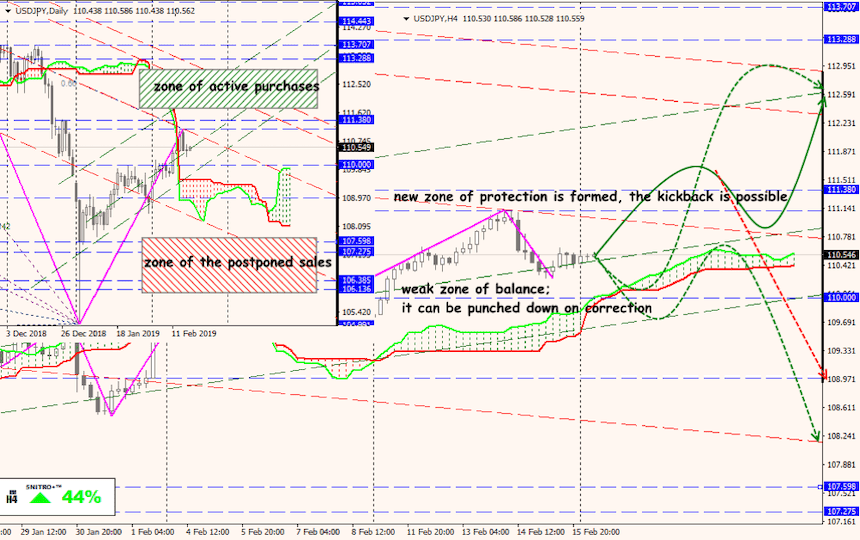