Trump or non-Trump: other topics are not in trend

COVID-19 is not yet relevant, just like any statistics. Trump again pulled the focus of attention: there is a week left before the US elections − the markets are waiting for speculators.

A «soap opera» is underway to reach an agreement on a fiscal stimulus package involving the Trump administration and Democrats. Promises of a compromise have supported the US stock market for quite some time, which was beneficial to Trump. However, Speaker Pelosi's statement about the lack of full agreement on testing the population for coronavirus may destroy the dream − it will not be possible to issue a decision before the elections, since there is no time left for the approval of the bill in both chambers.

The elections have already begun since early voting is practised in the United States: more than 50 million citizens have already voted. Trump formally won the final round of the debate, but the markets did not receive any new information. Nevertheless, the «people of the United States» still prefer Biden: a study of the results of focus group polls indicates a gap of 8% between candidates.

What awaits us in the new week:

A global correction of monetary policy is not expected, ECB chief economist Lane said that policy adjustments are possible only in December, after the publication of the main economic forecasts. The details of possible actions before and after the December meeting are now being coordinated.

Market expectations are focused on increasing the size of the PEPP program to € 2.0 trillion. (now € 1.35 trillion) and a further decrease in the deposit rate by 0.10% until the end of 2021. Expansion of QE programs and/or growth of the ECB balance at the moment will not be negative for the euro. The main factor influencing the euro is the rate adjustment.

Negotiations have resumed after nominal concessions: the EU is ready to debate Britain's economic sovereignty again. The first round has been extended until Wednesday, and from Thursday negotiations should continue in Brussels. Analysts' assessment of the situation ranges from weak positive to global breakout.

By October 31, London and Brussels must decide whether it makes sense to continue negotiations at all. Johnson intends to await the outcome of the US elections before deciding on Britain's possible withdrawal from the EU without an agreement. If Trump wins, Johnson is more likely to abandon a trade deal with the EU, while if Biden wins, the move will be too risky, and Britain will go to any agreement with Europe.

Information about the positive has not been officially confirmed, but the fact that Barnier intends to remain in London until October 28 may trigger a wave of new purchases of the pound.

Pay attention to the statistics:

No serious data is expected in China. For the publication of European economic reports, the transition to winter time should be taken into account. The EU Leaders' Summit on October 29 will determine the Schengen zone opening hours for the New Year holidays.

Lack of agreement on a package of fiscal stimulus packages of the US Congress will cause the closure of profits by large stock players, especially after the release of reports from leading companies on Thursday.

The Fed entered a period of silence before the November 4-5 meeting. It is generally accepted that the Fed is independent of politics, but Powell is preparing two different versions of the statement at the November 5 press conference. At the end of the week, abstracts of each version can be searched online.

At the ECB, a week of silence will last until Thursday's meeting. All verbal interventions ahead of the US presidential election will have little impact on markets, including the euro. Even with Lagarde's complete failure at the press conference, strong speculation is unlikely. A breakthrough in the British theme is unlikely until the results of the US elections are announced. 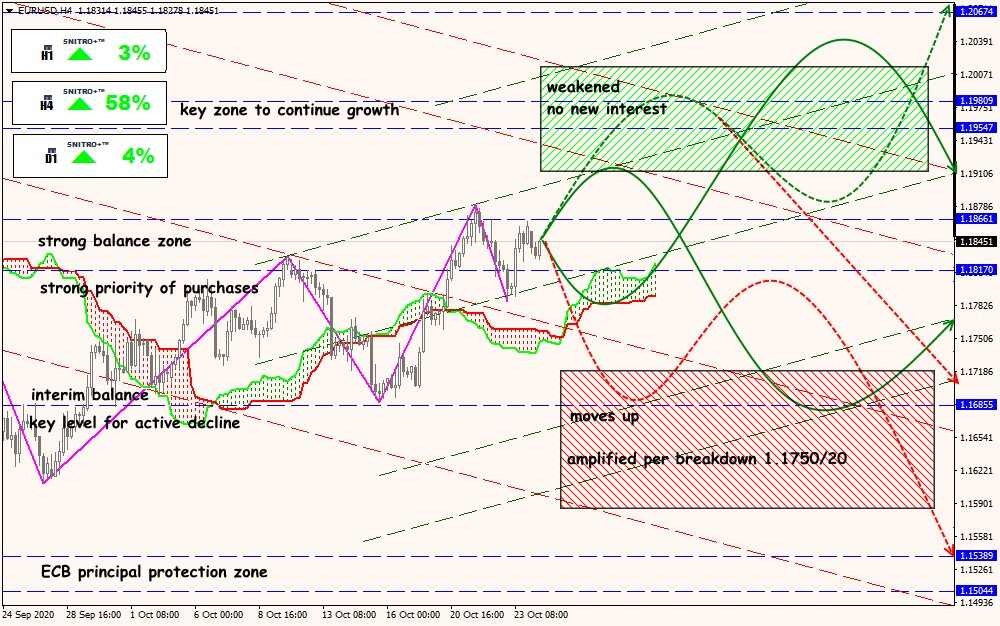 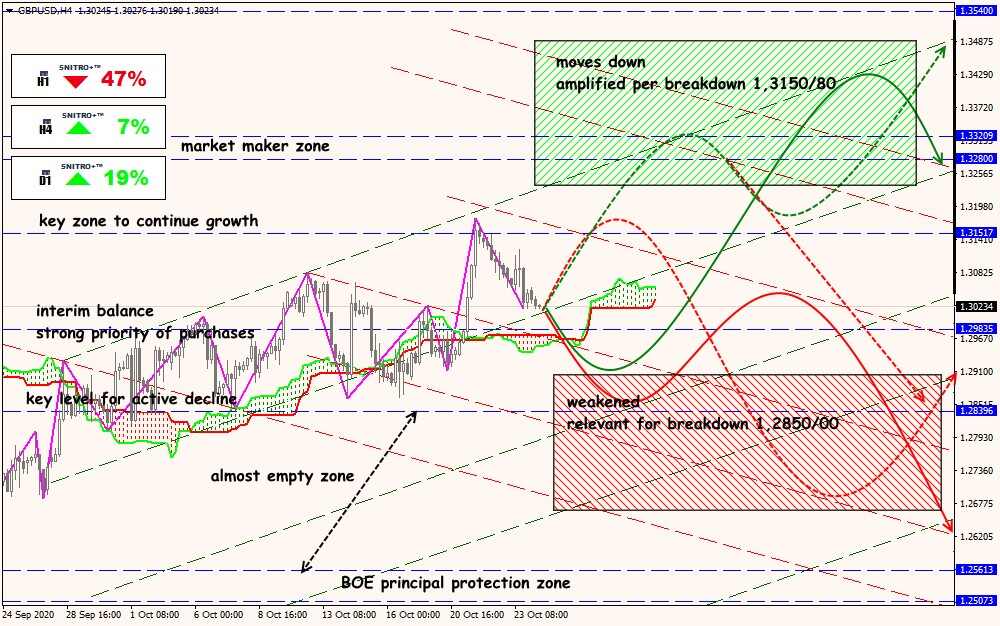 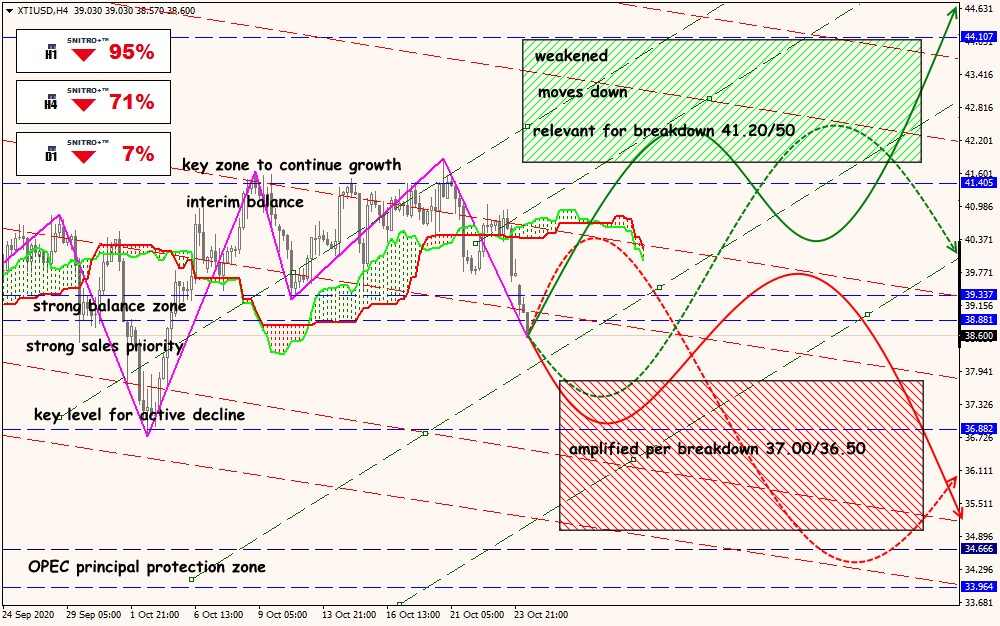