Trump Factor: the market is changing anger to the dollar

The trade conflicts with the participation of the USA accelerated; the summit of the G7 is recognized as a failure

Kim Jong-un arrived for an audience with Trump. The hot week which opens sharp sale of risk will be in the markets. Increase in a rate of FRS at a meeting on 13 June is considered by the market and surprises are hardly possible: with a probability of 85-90% the rate will be raised on 0,25 basis points and will make 1.75%−2.0%. Growth rates of the economy of the USA are close to forecasts, inflation still didn't reach target levels of FRS, change of forecasts for GDP growth is improbable. Risks of trade policy of the administration of Trump worsen the general situation, but active dissidents in the staff of FRS aren't observed yet. Powell, most likely, will continue to claim about the existence of weakness in the labor market that will be negative for the dollar. At a press conference, the turn-on the decline of the dollar is logical especially as investors will be inclined sell EUR/USD on falling before the forthcoming meeting of the ECB.

Last week has sharply changed the opinion of investors concerning rates of normalization of the policy of the ECB. Anonymous sources report that forecasts for growth of inflation will be raised because of the increase in prices for oil and falling of euro exchange rate, and forecasts for economy − are lowered. There are no doubts anymore that the discussion about turning of monetary incentives will begin at a meeting on 14 June, and only time of the first increase and further time of normalization of rates depends on the growth of economy and inflation.

Draghi's recognition that the program euroQE has to be closed this year will become big progress and an incentive to the growth of euro, but Mario will be traditionally consecutive in this process: the beginning of a discussion − development of options by committees – the final decision. On implementation of all plan near 2-3 meetings are required, that is, we may wait for results not earlier than the September meeting. The juicy questions connected with attempts of the new government of Italy to write off debts and also with trade war of the EU-USA and assessment of a failure of the summit of the G7 are coming. But in general reaction for euro will depend on results of a meeting of FRS: the more the Federal Reserve System will disappoint the markets, the fewer opportunities for manipulations will remain to Draghi.

The summit of leaders of the EU on 28-29 June regarding negotiations on reforms of the new government of Italy remains the main factor for long-term purchases of euro.

The world observed the next apolitical attack of Trump who has left the summit of the G7 ahead of schedule, has withdrawn the signature under the general communique and at the same time called the young Prime Minister of Canada Trudeau the liar. Nevertheless, the final document didn't contain anything of that kind that wouldn't be discussed in the course of negotiations and with what Trump would be obviously happy. And though Merkel was ready to begin negotiations on trade with the USA right after the summit, in the nearest future any discussions of critical subjects are improbable.

Trump will hold a meeting on 12 June with Kim Jong-un that can lead for a while to the growth of the stock markets, but the achievement of any arrangements is improbable. This meeting – image for both parties, and, perhaps, the decision on opening in Northern Korea of McDonald's network will be the only business success. Any comments of Trump can't be regarded as political results of this meeting without assessment of China.

The pound has received the drop of a positive from statistics and performances of members of BOE, but the course of negotiations on Brexit doesn't allow the royal currency to become stronger. According to Barnier "the hidden nostalgia of London about the EU" has led to the fact that any of the options of the further relations offered May doesn't suit the EU and doesn't solve a problem of Northern Ireland. It won't be acquired "to live in the Eurozone" having only the rights without duties. Today another meeting of Barnier and Davies will take place which results will define the fate of the postponed sales in a zone 1.31 and below. The probability of the continuation of bull correction depends on the report on the labor market, on inflation and retails.

Current week inflation of consumer prices and retails will be a specification in relation to the USA; in the EU we pay attention to the ZEW index of Germany and data on the growth of inflations of the countries of the Eurozone (on Friday). Along with the meeting of the ECB, the meeting of Ministers of Finance will take place – it is desirable to study the final statement. 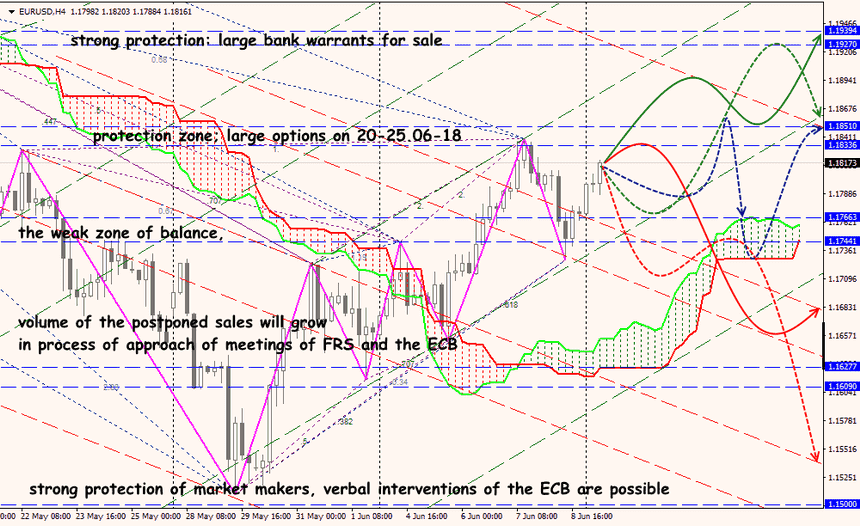 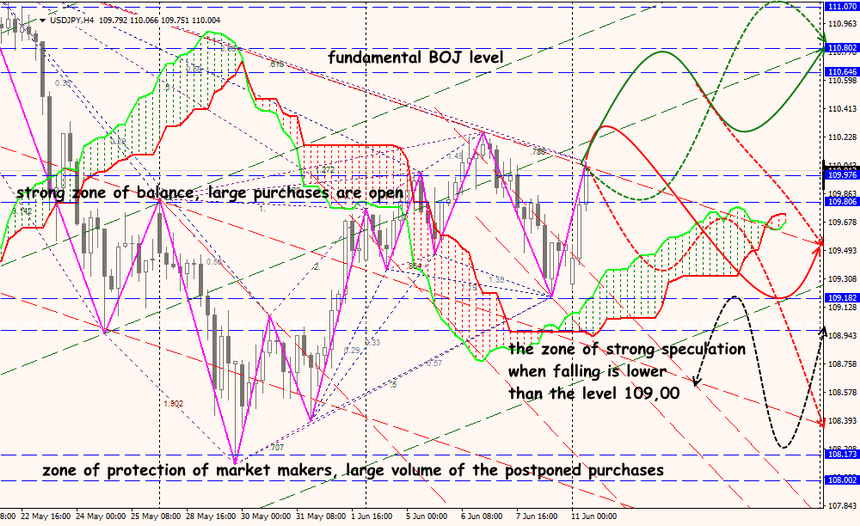