Trump expands the geography of threats: as the election hover over on the mind

NFP has had a weak impact on markets; Japan is preparing for a trade war; Trudeau transferred NAFTA to pause mode.

China is nervous; the dollar is growing; Europe starts bidding with Trump. The markets are very active autumn.

On Friday, the attention of large investors was focused on the negotiations on NAFTA, so the reaction of the markets to sharp increase in wages in the US turned out to be weak. Negative side of the report can be considered a decline in participation in the labor force with a constant level of unemployment, that is, the growth of new jobs occurred due to the growth of temporary employment.

In general, NFP data leveled out Powell's external insecurity and increased the chances of further tightening of monetary policy. Market expectations for a rate hike in December are again above 70%. The Fed's rhetoric can be adjusted if further labor market reports confirm wage growth, especially when wage growth accelerates above 3%.

The euro received support on the news from Italy, where the leaders of Eurosceptics said that they are ready to present the budget within framework of the republic's obligations to the EU. ECB meeting on September 13 is considered working, no serious decisions are planned; new economic forecasts of ECB can cause a sharp reaction of the market, especially information on the growth of core inflation and revision of the Eurozone GDP for the 2nd quarter. The euro will actively fall if Draghi pays attention to the problems of Eurozone banks because of the crisis in Turkey and the difficult trade negotiations between the US and the EU, but:

The pound received a good incentive to grow after insisting on the EU's readiness for political compromises on Brexit. The draft document of the ruling coalition of Germany assumes the conclusion of a preliminary agreement, but it is still necessary to agree on a long list of political problems between London and the EU. The formalization of such an agreement will allow the transition period to begin, details can be agreed after March 2019, with the EU placing particular emphasis on the possibility of granting Britain the right to abolish Brexit.

However, judging from the Independent report, there is no support for new European initiatives in the British Cabinet. May's adoption of this proposal by the EU can cause a new wave of ministerial dismissals and lead to the threat of early parliamentary elections, which will become a negative factor for the pound at the opening of the week. We draw attention to the publication of GDP today and the report on the labor market on Tuesday. The next round of negotiations between Barnier and Raab opens today. The BOE meeting will be a passing event, the markets do not expect a rate hike, as well as sensational statements that could radically change the picture by pound. Karni should maintain optimistic rhetoric in order to maintain the currency's rate until the situation on Brexit is clarified.

The farther in, the deeper. The further the US crawls into the «forest» of protectionism, the more «firewood» is received in the form of a dollar's unwelcome strengthening for Trump. A negotiating war is fought on several fronts simultaneously, but without much success.

From the positive on the topic of Trump, it can be noted that the Congressional leaders Raine and McConnell managed to persuade the president not to hold the shutdown until the end of November, even if Congress does not finance the construction of the wall with Mexico. Trump promised to return to this issue after the elections, in the hope of strengthening the Republicans (although this is unlikely). Recall: for tax reform in the second reading, Congress intends to vote in September. Legislators need another unsuccessful attempt to approve a tax cut for individuals to get a serious argument against Trump before the November 6 elections.

This week, the main US data will be consumer price inflation, retail sales, a survey of consumer sentiment under the version of Michigan; on the Eurozone (except for the ECB) pay attention to Germany's ZEW index and consumer price inflation. Chinese data on trade balance and exports turned out to be moderately negative, the morning report on inflation is encouraging, we are waiting for a block of key indicators on economic growth on Friday. The OPEC's monthly report on the oil market was announced for publication on Wednesday; listen carefully to comments on the current meeting of the cartel.

The period of «silence» before the Fed meeting on September 26 will begin on Saturday, the issue of raising the rate is practically resolved, but comments of the committee members with the NFP assessment will be of interest to the markets and will trigger the activation of bulls in the dollar. 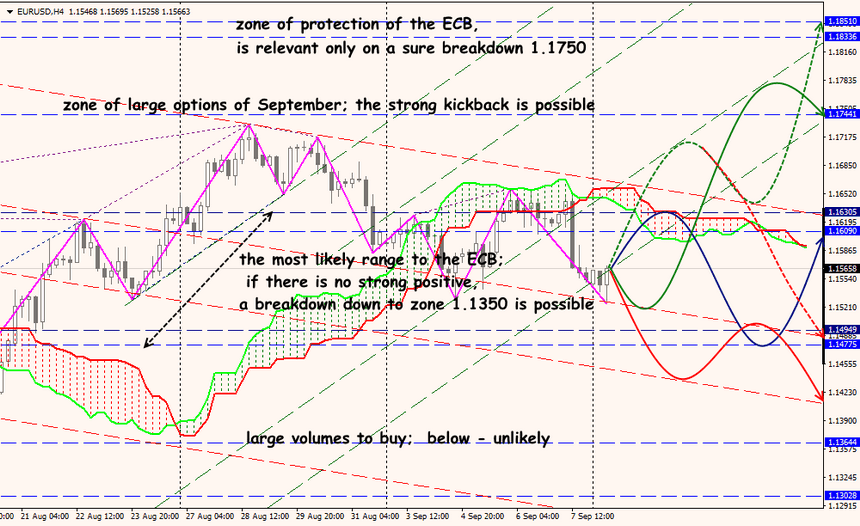 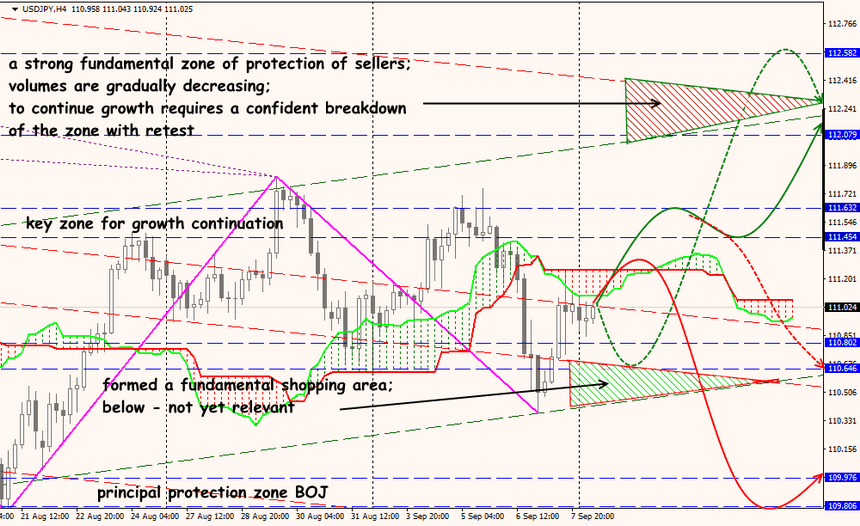