Trade in truce − wholesale and retail

The USA and China returned to search of a compromise; the OPEC prolongs the agreement; the EU opens trade expansion to South America. Apparently, the market decided to cancel the holidays period this year.

Trump worked on a G20 summit most effectively: another session of nonpublic dialogue of leaders of the USA and China continued only 80 minutes, but it was productive. New sanctions for the Chinese import are postponed, at least, for the period of negotiations. The American companies will be allowed to sell components and the equipment to Huawei, but Trump specified that the final decision of this question "will come later".

Donald hurries to conclude the agreement and to present it as the personal success, at the same time the agreement with Beijing can to undesirably strengthen the dollar and FRS can refuse the idea of decrease in a rate. In the USA the stated concessions to China already caused indignation both Democrats and Republicans, adoption of the interparty bill with the ban to the president to cancel sanctions against Huawei is possible and there will be enough voices for overcoming the veto of Trump.

In general positive opinions of the parties differed both on optimism degree, and according to promises. The term and the procedure of the signing of the new contract are not even discussed. The percent of advertizing "noise" in the final statement is quite high, the operating duties remain; in the press release of China it is said that the country will "perhaps" buy more products of the USA, but the next reminder on "equal conditions" of negotiations reminds that trade war is not canceled. Despite the nominal truce, the markets will hardly refuse expectations of interest rates reduction of FRS, and risk assets and raw materials will grow in the price.

Personnel issues on the EU leaders are not resolved yet. Process of the choice of the successor of Draghi is decided to be separated from other key posts. In the course a G20 summit Weber's candidacy on a post of the head of European Commission was canceled, so far Dutch Frans Timmermans has the maximum chances. It is probable that neither Germany, nor France will receive the main posts of the EU, and the option of the compromise candidate from Finland is considered positive for the future of the Eurozone and euro exchange rate.

The EU and MERCOSUR, the Latin American trade and economic union, concluded the free-trade agreement that assumes cancellation of the majority of duties on export of the European goods to Argentina, Brazil, Paraguay, and Uruguay. The European Union became the first large trade partner who signed the contract with Southern Common Market that will allow the European business to save up to €4 billion a year. Agreement details are specified so far, in particular, Macron sounded fears of the European farmers who are afraid of an increase in a stream of the South American products after the cancellation of tariffs. In general such step is regarded as an attempt to reduce Trump's aggression against the European products, but the focus of attention of the U.S. President is still strongly held by Asia.

June NFP will become an important argument for the decision-making of FRS regarding the rate at a meeting on July 31. Weak data will lead to the growth of expectations by 0.50%, the strong report can cause the speculative short-term growth of the dollar. Participants will adjust the expectations after the publication of the ADP and ISM services report on Wednesday that can lead to very strong movement before a day off in the USA.

On July 2 in 20.00CET the parliament of Britain votes for the plan of financial expenses to which amendments about the financing termination will be made if the government makes the decision on a rigid exit from the EU without ratification by parliament. Such correction of the budget raises doubts in its constitutionality and will be hardly accepted, but the result of the vote will actively press for pound. We study attentively PMI of the industry and services with the publication today and Wednesday respectively.

Falling of stocks of the USA last week for the first time seriously pleased optimists on oil. Almost neutral result of negotiations of the USA-China against the background of unofficial arrangements with the Russian Federation and Saudi Arabia supports the bull correction. Today and tomorrow in Vienna the OPEC+ will discuss not only extension of the agreement on production restriction, but also deeper reduction of deliveries. Reuters with reference to sources in the oil industry of Algeria reports the offer to increase reduction volume by 600 thousand. barrel/day. In the morning the monitoring committee sits, during the days the conference opens, we wait for the first news in the evening.

Current week we pay attention to:

Comments of members of FRS are of interest in the assessment of the result of negotiations of Trump and Xi Jinping, today it is worth listening to Clarida's performance, and tomorrow − Williams and Mester. Also, it is worth watching rumors about Draghi's successor. 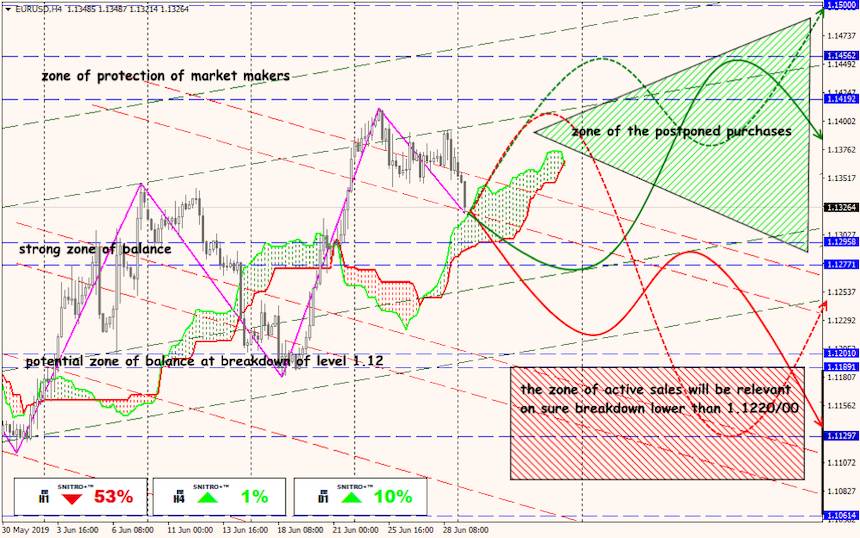 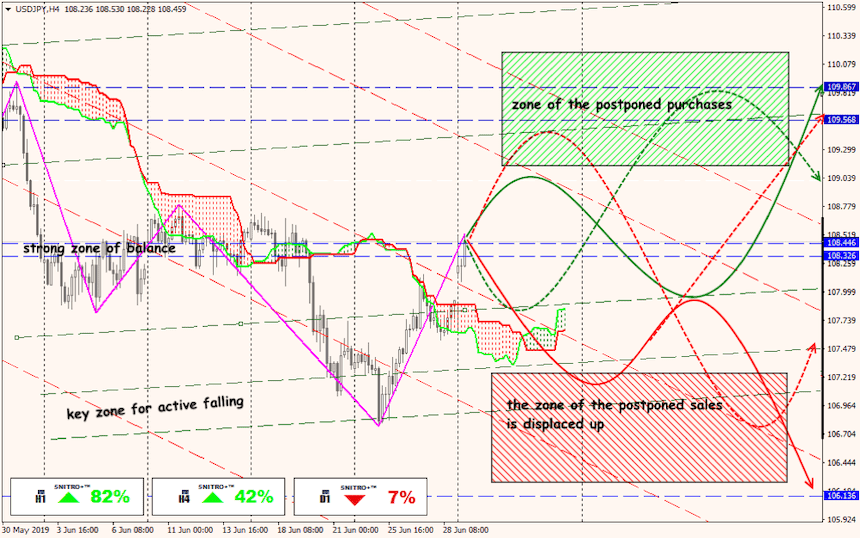