Trade in fear returns to the market

Euro recedes, but is not given; the EU refused to May to revise the Brexit agreement again.

The USA and China are far from the agreement; Trump continues the war with OPEC.

Financing of the U.S. Government comes to an end on 15 February. The U. S. Congress holds active consultations, but there is no positive news to Trump yet. The revolt in the ranks of own Republican Party reduces chances of the President especially as two rating agencies have already warned about the probability of rating downgrade of the USA in case of a new shutdown. Money for the Mexican wall will not be given, most likely.

The market is ready for positive in negotiations between the USA and China, but so far everything is not so optimistic. Trump has said that he does not prepare (or it is not ready?) to meet Xi Jinping till until 1 March. Donnie prepares for meeting with Kim Jong-un on 27-28 February, perhaps, the meeting with the Chinese vis-a-vis is postponed because of excessive load, the Ministry of Finance Mnuchin and trade «negotiator» Lighthizer this week go to Beijing for the next round of coordination, and potentially date of the meeting can be postponed from 2 March for earlier term. If it is not possible to receive new delay, then on 1 March the USA will raise tariffs for the Chinese import from 10% to 25% for volume (approximately) $200 billion.

Current week Trump intends to sign the document on the prohibition of the use of the Chinese telecommunication equipment for wireless networks of the USA then any country daring to use such equipment in crucial infrastructure projects will face the risk of the American counter-measures. It is obvious that such a step does not add a positive to the forthcoming negotiations.

Prices of oil ignored the growth of activity in the slate sector – there is a «hotter» problem. The anticartel bill NOPEC (No Oil Producing and Exporting Cartels Act) gives to the U.S. Government the right to bring the charge to the OPEC countries of price manipulation on oil that deprives of the country of OPEC of sovereign immunity. Though API, Chamber of commerce, the international oil corporations, including ExxonMobil and BP sent a protest to legal committee of the House of Representatives, last week the bill was submitted for consideration in the House of Representatives of the USA and on Thursday was approved by a judicial committee of the Senate.

The bill can entail restrictions on assets in the territory of the USA that especially disturbs Saudi Arabia which owns the largest in America oil refinery, also the kingdom conducts negotiations on the acquisition of gas assets. If the law is adopted and will become effective, volatility of prices of oil will sharply increase, and the slate industry of the USA will hardly benefit from it. Meanwhile, for Trump Saudi Arabia is an ideal solution of the Venezuelan crisis as produces heavy oil which is necessary for the American oil refineries for production diesel and other types of fuel. Manipulating by the NOPEC bill, Trump can manage to get at Saudis any conditions, favorable to him.

By the way, тrade war of Trump creates serious problems for the American farmers. China and Mexico responded to the introduction of duties on steel and aluminum import with the ban of import of the American agricultural products, and the prolonged reduction of prices of products provoked by an increase in export from Brazil and Russia, in addition, reduced sales market. The average income of the American farms dropped to the level, record-breaking low for the last 15 years, in some states mass bankruptcies of small and medium-sized companies is recorded. After the increase in rates, most farmers lost an opportunity to be refinanced before a new season.

By 19 February the U.S. Department of Commerce plans to publish the report on the automotive industry in which the recommendation about the European tariffs for cars will be made. The publication will put the strong pressure on the euro, especially in case of the recommended increase in duties on 25%. If the most rigid option is chosen, Trump should fight against China and change of rules of the WTO without the EU. Softer options are also negative, but apparently, are already considered in the current price of euro.

Statistics of the Eurozone and new forecasts of European Commission signal about the critical condition of the economy. Trade fights reduced external demand and became one of the factors of the decrease in the dynamics of the European GDP. Judging by reports of the governments, Italy is in recession, Germany teeters on the brink; the main state bonds yield on a two-year minimum. The European Commission reduced the prospects of growth in 2019 to 1.3%, the markets wait for news on the Italian debt and decisions of the ECB on a stop of purchase of the Italian bonds.

According to expectations, the Bank of England kept rates invariable but reduced the forecast for GDP in 2019 to 1.2%. The hope for «soft Brexit» remains, but according to Carney, the economy of Britain is doomed to delay at any option of an exit.

May tries to starve Parliament out and convinces members of the party of the need to give her time for blackmail of the EU. The meeting of the Irish Prime Minister Leo Varadkar with May is planned for Friday, but obvious progress in negotiations is necessary to Theresa already on 13 February in Parliament though a vote by an alternative version of the agreement, most likely, will be postponed for the next week. We wait for the assessment of the GDP growth of Britain in the 4th quarter, further we study the inflationary report and data on retails.

Today it makes sense to listen to a speech of the Vice President of the ECB Luís de Guindos on Monday, in case of active comments on prospects of monetary policy it can give an idea of opinions in the ECB and the following steps.

Statistical departments of the ministries of the USA combined the missed economic publications with planned reports − data for December and January will appear in the uniform document. The current week we pay attention to inflation of the prices of consumers and retails. Regarding the Eurozone, it is necessary to trace GDP for the 4th quarter, special attention – to data on the GDP of Germany. China returns to the market today, we wait for trade balance and the report on inflation. 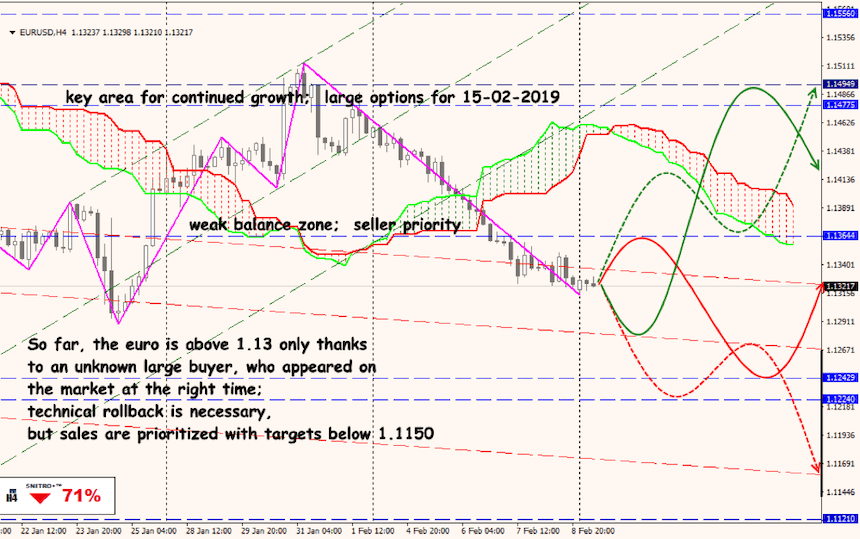 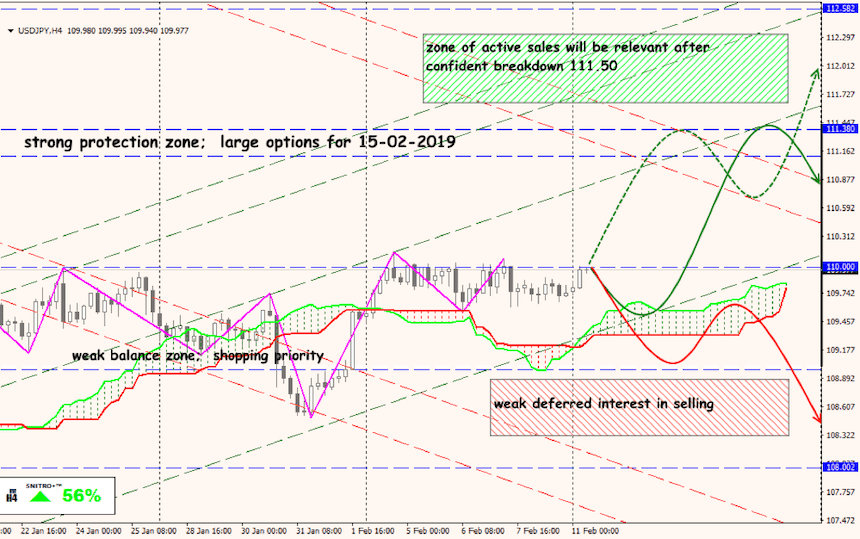