To each his own: one − a virus, the other − a medicine

US stock markets began to respond to the virus; flash crash of the yen showed a real balance of power in Asia. This week will be corrective before the important period of March 2-6.

The minutes of the meeting on January 29 turned out to be useless. The Federal Reserve is potentially ready for a policy change, that is, the likelihood of lower rates is lower than increases. The chorus of speeches by the Fed members was surprisingly well-coordinated: everyone is sure that the coronavirus epidemic will have only a short-term effect on the US economy, GDP will decrease in the 1st quarter, but will quickly compensate for the losses. Only Bullard, with his direct statement, that there is no need to reduce rates, proves that the Fed intends to do without the next mini-cycle of lowering rates before the November presidential election. Until the end of April, we do not expect serious events, because if the Fed's actions drop the stock market before the elections, then Powell risks losing not only the position but also the scalp.

The US pre-election process is gaining momentum. Trump again uses the costume of the national hero: now he saves the world from the coronavirus. Even with the president’s guarantees, American doctors are unlikely to find a cure faster, but Trump’s statements are quite effective as a factor in accelerating stock markets.

An active socialist Sanders as a single candidate is not satisfied with US Democrats, but there is no stronger option yet. Trump again gives occasion to all his opponents to raise questions of allegiance to the oath.

Now Donny, as a true businessman, supports the sale of GE aircraft engines to China, although he notices that this is a threat to national security. Now, US companies are forced to wait until China not only copes with the virus but also gets out of the crisis, after which it will start buying what has accumulated in warehouses in boxes with the inscription «to our friend Xi.» The negative of this situation is delayed until the summer, but it will certainly manifest itself.

The epidemic provokes an influx of investor funds into the US government debt market − yields on thirty-year treasury bonds at a minimum. Following the signing of the “first phase” trade agreement with China, US PMI growth in January gave way to a plunge. Even in the Eurozone, whose currency depreciated one of the first, the composite PMI in February amounted to 51.6: standard market schemes turned out to be more stable than an economy based on blackmail, personal agreements and guarantees of one person.

The pound was glad about the positive side of the economic reports, but it is worth paying attention to the speeches of the VOE members who are concerned about the impact of the epidemic on the economic growth prospects. Negotiations with Europe are difficult, internal conflicts are complicated by a mutual misunderstanding of goals.

UK spokesman David Frost said his country would not be constrained by EU rules and regulations. At the same time, Barnier again spoke harshly about Johnson’s wishes: the British prime minister refuses to understand that now each partner has its own rules of trade. So the «simplicity» of Johnson, who offers to give London a «Canadian» or at least an «Australian» version of the agreement, is not appropriate in these negotiations. Both positions are too negative for London, for the EU, and ultimately for the British currency. More detailed information should be expected after the actual start of negotiations in March.

Large investors have traditionally held hedging positions, but a breakdown of the 110 marks has led to the failure of the yen assets after the closure of large options and the decision of the Chinese government to continue quarantine in Hubei province until March 10. Experts believe that Japan will become the largest centre of the epidemic after China. Large corporations transferred to remote work or minimized time in offices for tens of thousands of employees, including subsidiaries. The loss of investor confidence is also dangerous because the Olympic Games open in Tokyo in late July, and the national business was counting on an impetus for economic growth and morale. So far, the return of risk appetite against the backdrop of negative general and corporate statistics supports the view that the country is already in recession. Japanese funds and private investors are actively changing the yen for US assets and gold − purchases are maximum since January 2018; USD/JPY technical correction is still insignificant.

PBOC has decreased the base rate on loans − the authorities moved the program to a sharp decline in financial costs for the business. Mainland yuan fell again by 0.9% to 7.0046 per dollar. According to Goldman Sachs, the Chinese manufacturing sector is slowly returning after the forced pause of economic activity does not exceed 50% of the average of previous years. The rate of spread of the epidemic around the world, machinations of the Chinese government's methodology number of infected and dead from the epidemic increase the panic, for the credibility of official statistics no.

Reports on oil reserves until a weakly positive, but not a failure – that's good. OPEC confirmed the scheduled summit on March 5-6. Information the WSJ about the readiness of Saudi Arabia to break the Alliance with Russia is not yet confirmed but suspiciously appeared rebuttal. The insider also reports about talks between Saudi Arabia, Kuwait and the UAE on the reduction of oil production at 300,000 barrels per day.

EU diplomats were unable to agree on the mandate for trade negotiations with Britain, the Finance Ministers of the EU countries will try to do it tomorrow. Of the fed speakers are expected, the change in rhetoric may, after economic data in the first week of March. The head of the ECB, Lagarde will speak on Wednesday, but the official publications on this subject will be.

Who will hold a press conference today at 11.00 GMT. Yesterday an international group of specialists began full operation in China, which may help to restore confidence in information about the epidemic. 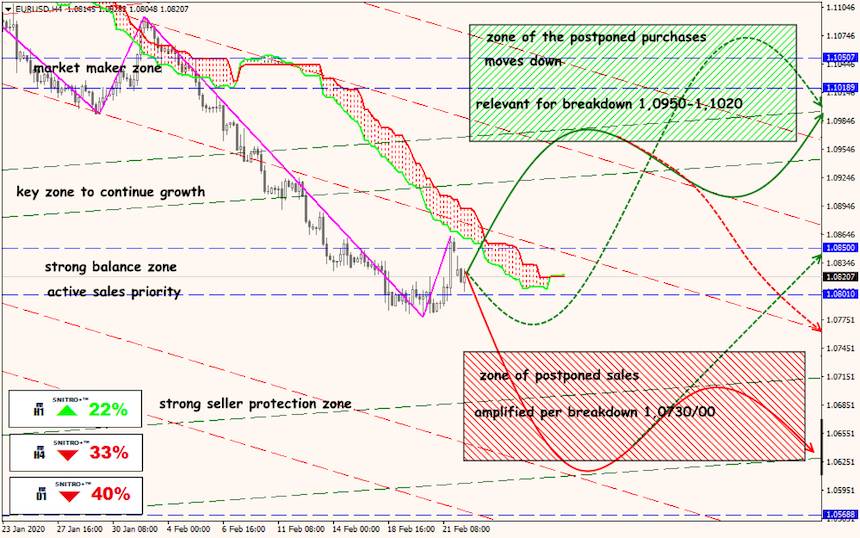 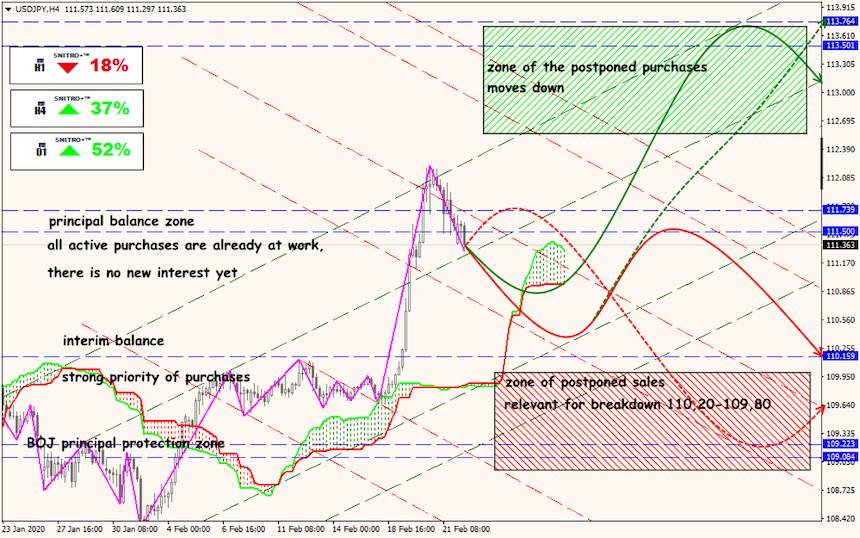 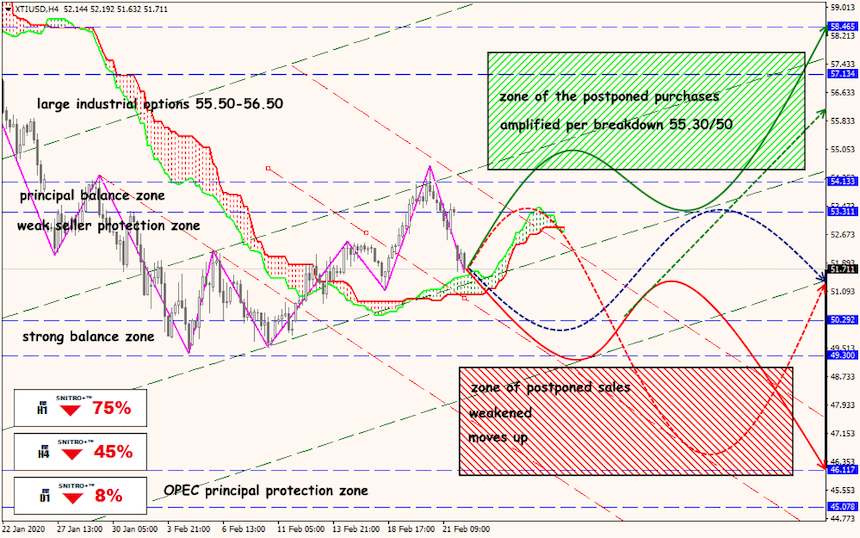