The market of «the last chance» is open!

Another trade conflicts with China and meetings of the leading monetary regulators keep the market in a tone and give to speculators excellent opportunities for earnings.

NFP didn't become the strong driver for the market: the number of new jobs is higher than the forecast against the background of the invariable unemployment rate, the only negative − the weak growth of salaries. It is unlikely these data will complicate decision-making on which the market counts with confidence nearly 100%.

Investors expect a revision of forecasts for rates for increase till June 2018 in case of ratification of tax reform. Forecasts for inflation growth, as well as for unemployment rate, most likely, will be lowered, but if dot forecasts are corrected down, then sharp falling is guaranteed to the dollar.

The growth of inflation of consumer prices which, perhaps, will influence rhetoric of the accompanying statement and a performance Yellen, will be published before a meeting on Wednesday, but hardly members of FRS will manage to include this information in the forecasts.

Taking into account that the press conference will be the last for Yellen on a post of the head of FRS, in a stream of various thanks, there will hardly be an information capable to affect essentially a trend which will be created after the publication of forecasts. Qui post me venturus est, fortior me. Thank you too, Janet, but the influence of this meeting of FRS will be short-term, there are things much more interesting in the market.

The fact that tax reform of the USA will be documentary issued until the end of the year (a deadline on 22 December) doesn't raise doubts anymore.

Republicans expect to combine bills until the end of the forthcoming week, the meeting of the joint committee of both chambers will take place on Wednesday and will be open. Essentially important question is the term of the start of a decrease in a corporate tax and effective use of the result. Repatriation of the capitals can become a strong factor for demand for the dollar: it is expected that many corporations will return the capitals to the country before the end of the year to lower the current tax obligations. Especially as until the end of January Trump plans to publish the detailed document on infrastructure investment.

The meeting of the ECB on 14 December is considered moderately working, incapable to affect seriously euro exchange rate. The policy of the ECB is transparent, at least, until September 2018, the only moment demanding to finalize is the ratio of purchases of state treasury bills of the countries of the Eurozone and corporate bonds. But not the fact that Draghi, against the background of scandal with Steinhoff, will be specific on the matter. Nevertheless, banks expect a decrease in purchases of state treasury bills not less, than for 60%.

The Congress of SDP has agreed to start negotiations with Merkel's party, but the result can be various: from the formation of the grand coalition to support of the government of minority. Negotiations will begin since Tuesday, Schultz has kept a post of the SDP party leader that will make the process for Merkel less pleasant. Creation of the big political union will become a strong positive for growth of euro.

The summit of EU leaders on December 14-15 will discuss the transition to the second stage of negotiations on Brexit and offers of European Commission on further integration of the EU/eurozone («Macron's reform»). 2 years of a transition period – the almost resolved issue, but discussion of the new trade agreement «is tied» to the formation of the government of Germany. A fundamental influence on the markets – weak, the final agreement will include only those provisions with which all participants will agree.

The pound has sharply risen thanks to reaching an agreement concerning a divorce of Britain and the EU – after all, have managed to agree prior to the EU summit! But May had to cede the EU on all key questions:

However, the critic of May by the British ministers have led to the sharp fixing of profit and now the course GBP/USD looks balanced. Today sharp fluctuations because of ambiguous reaction on the performance of the agreement in national parliament are possible. The following stage of negotiations will begin in January 2018.

Trump's statement for recognition of Jerusalem by the capital of Israel gives a reason for the escalation of the conflict between Israel (together with Saudi Arabia, its informal ally) and the block of groups Hamas and Hezbollah (which, according to Saudis, are actively supported by Iran). The emergence of the new military conflicts in territories through which there passes the main part of oil infrastructure of the Middle East will cause failure of deliveries of energy carriers in essential volumes, and therefore the oil market waiting for speculation again. On this background reports of OPEC and MEA can remain unnoticed.

In vanity concerning the powers that be a lot of interesting information is lost, for example:

Forthcoming week inflation of the prices of consumers and retails will become the main data of the USA; on the Eurozone – inflation of the main countries for November, PMI of the industry and services, the ZEW index of Germany; on Great Britain − data on inflation, unemployment rate and retails and also the decision of BOE. A sharp change in dynamics of the European data isn't expected. China will please with the block of important data in the morning of Thursday, but at the moment Asians have no bases for pessimism. 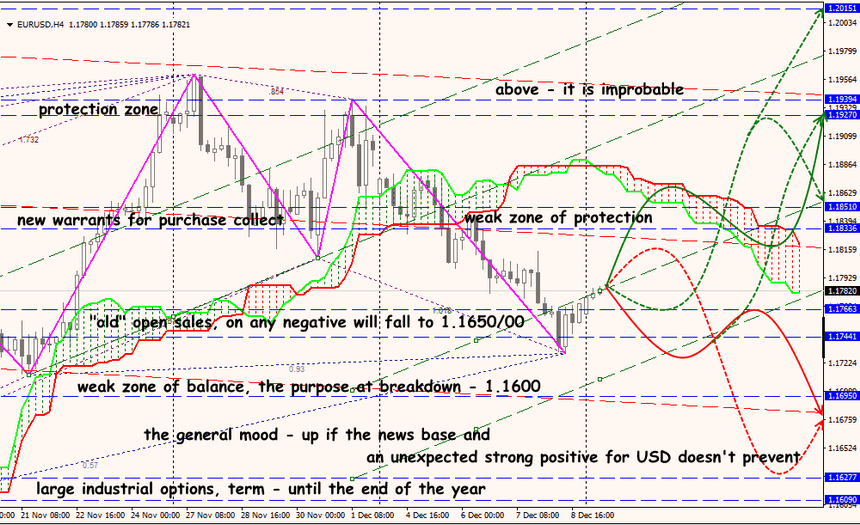 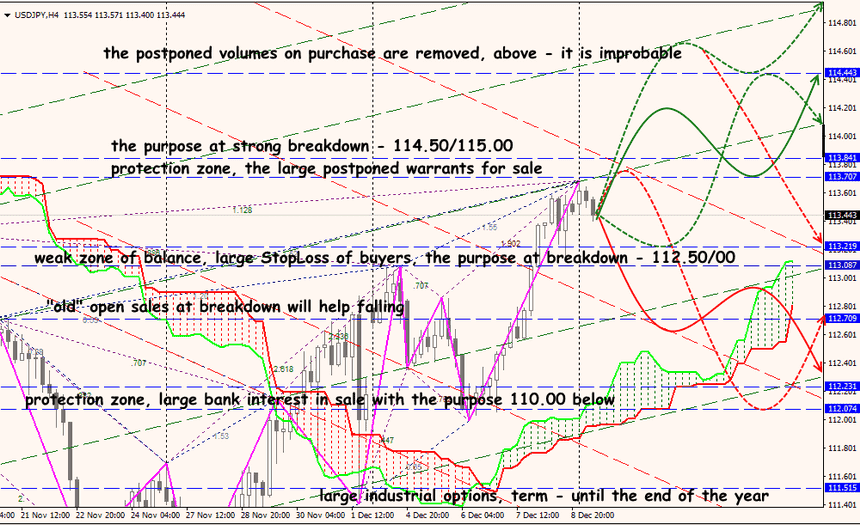