The market is governed by political blackmail

The British court accuses the Prime Minister; a fresh impeachment is in the USA; Saudi Arabia looks for the peace with Houthis; Europe waits for new duties, and China and the USA exchange false peacefulness.

The Supreme Court of Britain recognized stoppage of parliament illegal, and Johnson guilty of the Queen's misinformation concerning the reasons and need of acceptance of such measures. The Prime Minister, in turn, declared the judgment «incorrect» and accused the opponents of capitulation. The opposition tries to force Johnson to send the EU request for extension of date of Brexit, but so far there are not enough voices on a vote of no confidence the government. The EU doesn't want to make a compromise though Johnson after 2 October intends to provide the package of proposals on Brexit for consideration during EU summit on 17-18 October. There are no real negotiations with the EU. If there are no ideas regarding the solution of an issue with the Irish border and the request won't be sent for extension of terms of an exit current week, then we wait for a sale of risk and the dynamic decline of pound within the next two weeks. Statistics of Britain will affect again the market as BOE change rhetoric in favor of a decrease in rates irrespective of decisions on Brexit. We pay attention to data on GDP today and PMI of the industry and services within a week.

The next round of a game in «Trump's impeachment» is favorable only to democrats who continue to accumulate a negative against the incumbent president with a view to elections of the 2020th. Biden's business will allow democrats not only to protect themselves but also to commit a reciprocal hit. The Senate won't support a real impeachment, but the living discussion with the requirement of the publication of classified documents and interrogation of witnesses negatively for the stock market of the USA and dollar. It can become a reason for the strengthening of trade wars as Trump uses the chance to write off the failures for the account of democrats. The publication of discussions of Trump with Putin and the king of Saudi Arabia can become information explosion, but in general, the investigation goes sluggishly especially as the Congress went to a two-week vacation.

On Friday the official representative disproved the insider about the discussion by Trump's administration of introduction of the ban on investment of the USA into the Chinese companies, but trust to these comments weak. Since 1 October the WTO will allow the USA to raise taxes on goods of the EU more than for $7.5 billion that partially already affected the euro exchange rate. The decision on the introduction of dynamic duties when the goods under the duties are changing eventually that causes much bigger damage can be a decisive factor.

The USA imposes sanctions against private shipping companies of China for transportation of the Iranian oil, as a result, large Asian petrol traders began to repeal contracts.

New sanctions can complicate trade negotiations of two countries which have to be resumed on 10-11 October in Washington with the participation of the Deputy Prime Minister of the State Council of the People's Republic of China Liu He.

Trump radiates optimism in a subject of the agreement with Beijing through consultations at the level of technical groups don't allow to hope for a global break. Today's data of PMI can be estimated as moderate and positive. Tomorrow China starts the next long days off on the occasion of the 70 anniversary of the People's Republic of China. that has to reduce panic level. Confirmation of the date of negotiations can stop escape from risk, but nobody will believe in a real break before signing of official documents.

Oil lost more than $3 on news from Saudi Arabia: according to the Dow Jones agency the Kingdom agrees to a partial ceasefire in Yemen. The negative from terrorist attack is fulfilled by the market, production at the enterprises in Arkaika and Hurays is restored completely, for a week before term. Saudi Aramco supports the normal volume of deliveries to clients from reserves and increases in production of other fields. Nevertheless, analysts note redistribution of the commodity offer of the Arab oil towards heavier grades.

The current week before the publication NFP, the market will obtain all additional data of employment in reports of ADP and ISM on sectors of the industry of services. FRS expects on labor market delay therefore rather positive NFP can interfere with the next decrease in rates at a meeting on 30 October. The failure report with a number of new jobs (not higher than 100K), the sharp growth of unemployment rates (U3 lower than 3.8%) at a delay of growth of salaries is necessary for a decrease in a rate. The failure of negotiations of the USA-China and introduction of new duties against the background of falling of the stock market of the USA can change a situation.

Also, we pay attention to data on the Eurozone: inflation of the prices of consumers, PMI of the industry and services, assessment of labor market and retails.

Draghi will act in Greece tomorrow, but the strong reaction isn't expected as the personal influence of Mario on the markets already minimum, and Lagarde will have to liquidate split in the ECB. However, madam ECB abstains from sharp comments so far especially as discordant with resuscitation euro QE Sabine Lautenschläger resigned.

Powell will act on Friday at 7.00 pm CET after the publication NFP, a performance subject − the mandate of FRS on the maximum employment and price stability. Labor market of the USA surely grows and the positive scenario of a speech of the head of the Federal Reserve is already ready, but in case of the failure report can be corrected. The strong NFP will give a dollar a new incentive to growth. 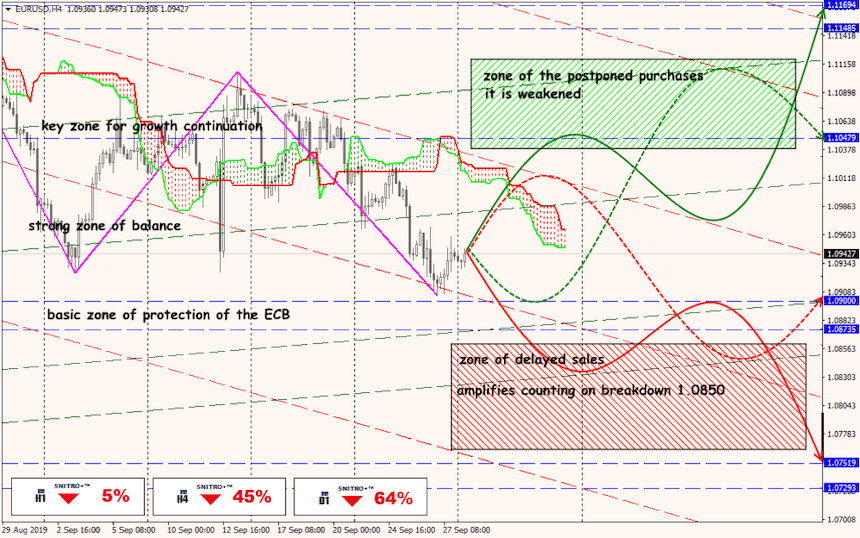 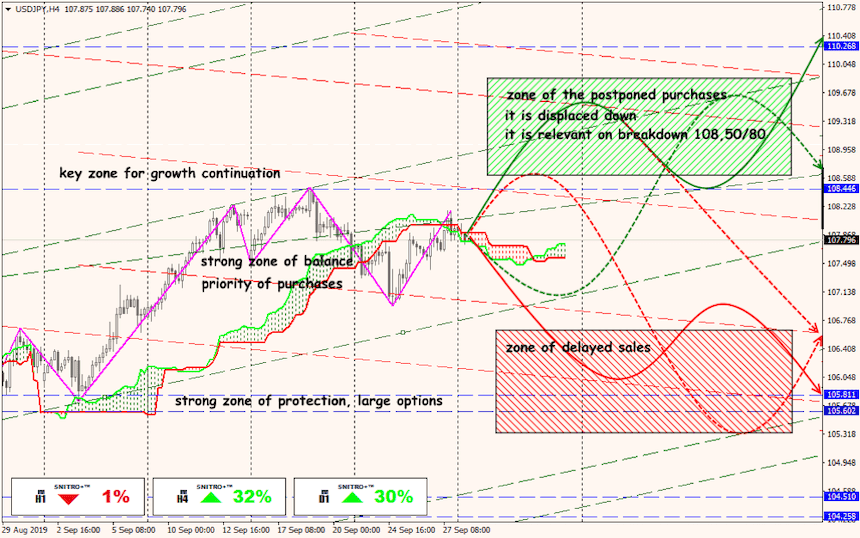 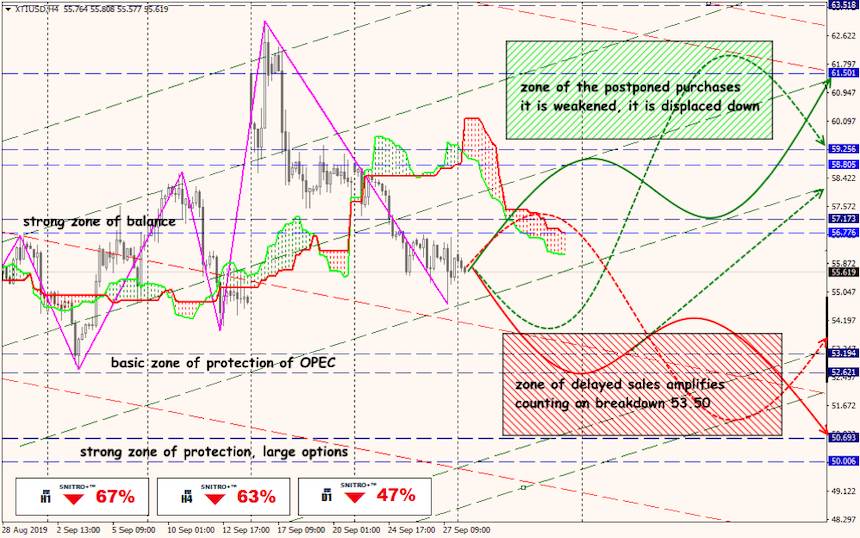