Fighting for the price Saudis have used the last trump; in search of the moment of truth, Italy risks to lose stability. China is quiet, Trump is nervous − the main trends remain.

Matteo Salvini's decision to break the government coalition pursues the banal aim − to use the current popularity of Liga party, but the prime minister Conte refused to resign without a fight. The budget of 2020 became a subject for the conflict: there is no money to reduce the taxes, and opposition with European Commission will lead not only to penalties of the EU but also will destroy the debt market of Italy because of decrease in financial rating.

So far the influence of the new crisis on the market is estimated as short-term. The president of Italy Mattarella will hardly allow early elections before the approval of the budget, the chance of formation of the new coalition remains. In May Liga won a triumphal victory on elections to European Parliament, but the investigation of financing of Liga party can become a political disaster for Salvini. In spite of the fact that the attitude of Italians to euro improved and the rhetoric about an exit of Italy from the Eurozone is already unpopular, new elections can quite make Liga party dominating, and Salviniya − the prime minister. The new government will have a critical lack of time for the formation of the budget for 2020, but if it is not approved until the end of the current year, Italy will be faced with the increase in the VAT.

Potential of strengthening of euro is still limited by technical factors. You should not forget that Trump postponed «war» with the European automotive industry for only 6 months. The decrease in macroeconomic indicators of the main countries, Brexit and September decisions of the ECB and FRS remains in the focus of the European problems. The subject of Italy can only provoke speculators to short-term thorns down. If the date of early elections is appointed to the end of October, then strong interest for sales of euro on growth before a meeting of the ECB on 12 September will appear.

New events in the British subject are not expected. There is no reaction of the EU to Johnson's appeals to the EU with the purpose to reconsider terms of agreement yet; Brexit probability without transaction grows. Analysts (with the informal support of BOE) prepare the markets for the decline of the pound to parity with the dollar. The Minister of Finance of Great Britain Javid postponed until 2020 formation of the three-year plan for expenses − instead the accelerated formation of the plan for the new financial year will be carried out.

GDP of Britain for the 2nd quarter left negative, but the government considers that there is no threat to stability. Johnson is concerned most of all not with the economy of Britain and possible split of the country, but the rating of the Tory party in case he does not keep the election pledges. The strategy of «readiness for an exit without transaction» probably a quite good bluff, but parliamentary opposition intends to vote for a no-confidence to the government after return from summer vacation. Alas, in that case, early elections can be held not earlier than November, and 31 October will pass according to the scenario of conservatives.

Current week we pay attention to reports on the labor market, on inflation and retail to sales.

Blackmail of the markets by the currency intervention on the dollar is still ineffective. If the intervention purpose is to balance positions in relation to China, then $3 trillion of the Chinese reserves against $100 billion the American equalization fund guarantee the tranquility to Asians. Trump likes to violate agreements and can try to allocate more funds, but Congress will hardly approve this.

Apparently, Trump found the ideal scheme of the pre-election company: as a negotiation process with Beijing is suspended again, we provoke new strain of relations. The problem is in what exactly to consider the result of this war.

Trump's purpose is simple: either total surrender of China (that is improbable), or, against the background of growth of criticism of democrats and delay of the economy of the USA, an «average» commercial agreement with the minimum political losses is entered with an Asian dragon. While tariffs beat China, the American GDP reacts not really positively. At the same time pressure to FRS in a subject of a decrease in rates increases.

Not to allow Trump's re-election for the second term, China is ready for more serious losses, and delay of national (and world) economies will not stop it. In response to new duties, Beijing announced the suspension of purchases of agricultural products of the American farmers from the region of key electoral interests of Trump. In China, the prices of producers fall and at the same time, consumer inflation grows that is fraught with a stock market collapse. The Central Bank of China devaluated yuan exchange rate above mark 7.0 that already led to capital outflow, in the second quarter of GDP of the People's Republic of China grew the minimum annual rates. Further deterioration in the Chinese economy can destabilize a situation in the country, but the victims for the sake of the global purpose are not canceled yet.

In the morning on Wednesday, we pay attention to the statistics of China.

Saudi Arabia managed to push away the prices from 7-month minima, has announced a reduction of export and production, and demand for the Arab raw materials remains steadily high.

The market of oil is concentrated on a trade war of the USA-China, therefore, ignores risks of interruptions in the deliveries connected with a situation in the Persian Gulf. Alas, Saudis had to play the last card, having reported about IPO SaudiAramco at the beginning of 2020, and it makes sense to carry out it only at high prices. Actually, IPO SaudiAramco postponed so many time that there are no guarantees in the new date, but the capital oil assets managed to carry out a technical correction.

The meeting of OPEC on measures for prevention of drop in oil prices did not lead to the positive result as the Russian Federation refused discussion about the possibility of a stronger reduction of production. The next meeting of OPEC+ is planned in Abu Dhabi for the second week of September.

We wait for key data of the USA which can change the rhetoric of FRS and will allow the markets to begin sure sale of the dollar: report on inflation of the prices of consumers, data on inflation of the prices of producers and retails and also price index of import and export. If the retails are lower than it will be the strong driver for the decline of the dollar. Even if statistics will confirm the force of the economy of the USA, the growth of the dollar will be short-term. 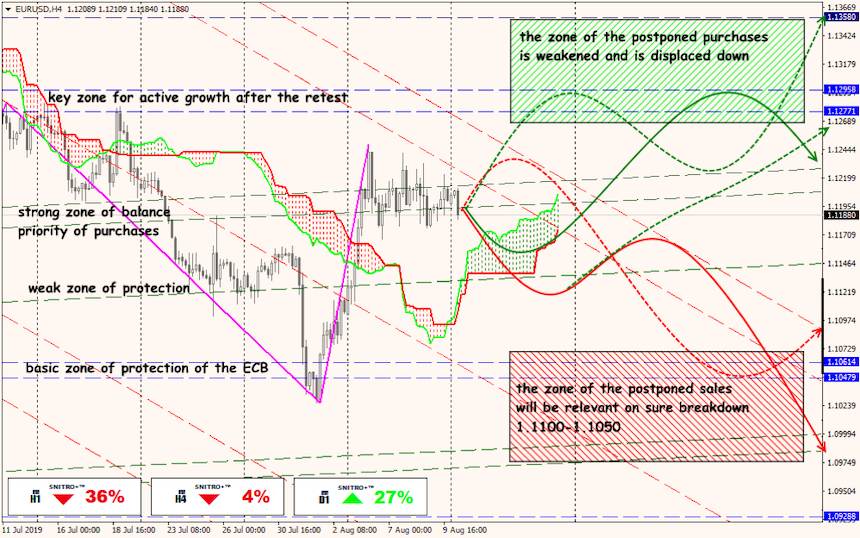 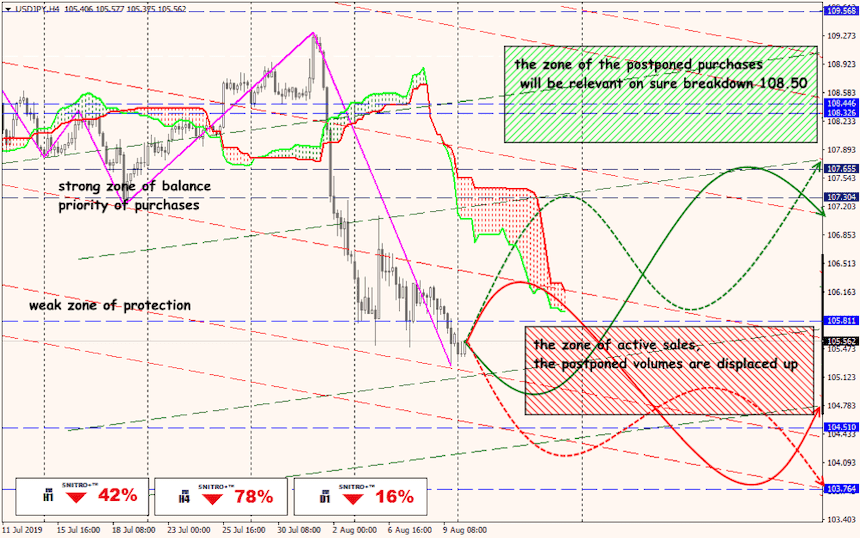