The final saga on Brexit: victory or death?

The EU agreed on the agreement on Brexit; Italy loses the fight for the budget; migrants storm Trump's wall; FRS promises the disturbing protocol, and China hopes for a truce.

The current week will identify priorities with a view to the next year.

The Sunday EU summit took place in hot fights, but in general, it achieved goals; Britain and leaders of the EU signed the main agreement on Brexit and the declaration of future relations. The solution on the border with Northern Ireland is postponed and should be issued no later than 1 July 2020.

300 years' presence of the British naval base in Gibraltar on the southern coast of Spain also threatened the agreement, it was succeeded to agree with the prime minister of Spain previously, but completely the issue of control over «Rock» is not removed from the agenda. So far the obligation is signed that after Brexit all issues (political, legal, geographical) between Gibraltar which is the overseas territory of Great Britain, and the EU will be agreed with Spain.

Great Britain until the end of a transition period will pay a contribution to the budget of the European Union (about £13 billion a year), but will be able to receive financing from the budget of the EU on separate programs. Carrying out the general sanctions policy in those questions where foreign policy priorities coincide is supposed.

The EU considers that this agreement – an optimal variant for London, the European analysts estimate it as extremely unprofitable for Britain, but anyway – it will not be other. Now the document has to get the approval of European Parliament, parliaments and governments of the European countries.

The positive for pound will be short-term as there are also not enough voices for ratification of the agreement in the Parliament of Britain. The vote has to take place in two weeks. The DUP party will not support the agreement and if the parliament ratifies it – will leave the coalition that means early elections. May expected on at least 15 voices from opposition party of labourists, but now the final version of the text does not suit them. Vote failure = May's resignation = negotiations of the EU with the new government = postponement of the date of an exit. But can quite be that the Prime Minister has an additional card up to the sleeve «for own». The pound in case of refusal in ratification will remain under pressure.

The publication of the protocol of FRS of a meeting on 29 November should explain nervousness of comments of members of the committee and possible effects for monetary policy. Assessment of growth of salaries in the October report on the labor market is very important: if to consider the growth of salaries temporary − the dollar will fall if see risks of overheating – the dollar will rise. On Wednesday Powell will act. He should explain to the market the arguments in favor of softer option of correction of interest rates.

Trade policy of Trump will be the central theme of a G20 summit on 30 November − 1 December, special attention – to the Trump and Xi Jinping's meeting. If the progress in negotiations between the USA and China, we wait for the growth of the share and raw markets, if the decline of the dollar – it will be enough the moratorium on new increases in the customs duties on the time of trade negotiations.

And some more news briefly:

The current week will shift focus to the USA and dollar. Basic data of the current week will be: about the USA − inflation of consumer spending, GDP for the 3rd quarter, personal expenses and income, a research of moods of consumers according to CB, reports of the real estate market, on the Eurozone − inflation of the prices of consumers for November and the IFO index of Germany. BOE on Wednesday will submit the report on stress tests of banks, on Thursday will publish data on clean crediting, and BOE will report results of the analysis of the agreement on Brexit to the budgetary committee of parliament. China will please with the PMI in the morning of Friday.

Today Draghi reports on the state of the economy in the eurozone and on the monetary policy of the ECB to European Parliament in Brussels, and Carney has to make in London comments about Brexit. We recommend listening carefully to both speakers. 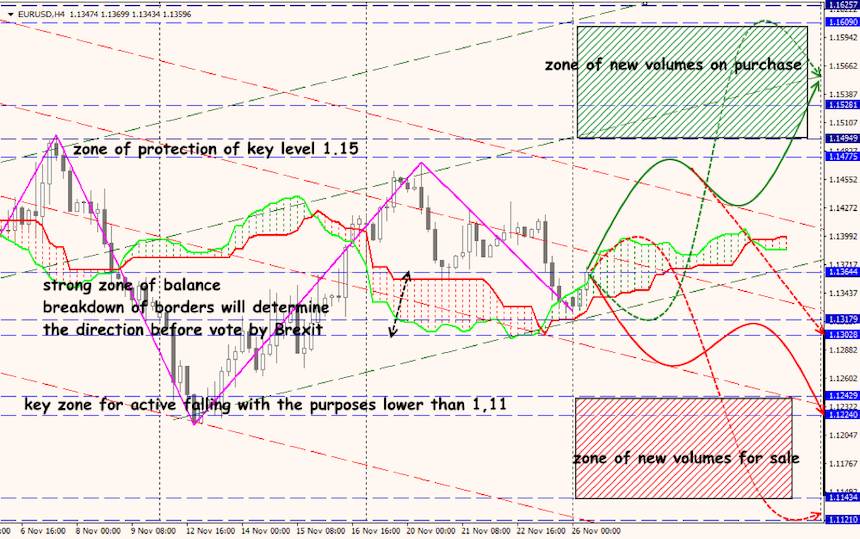 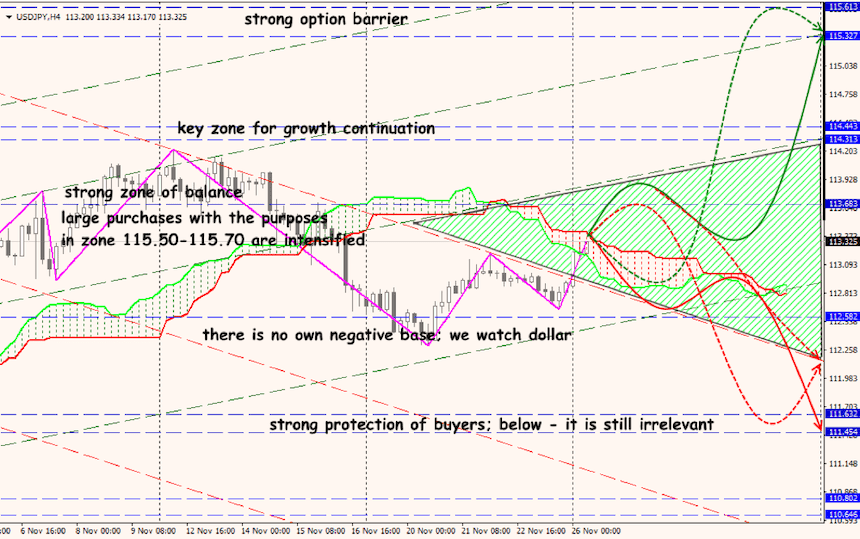