The announcement of spring: the markets wake up, look round and terrified

The active scenario of the week consists of two parts: before FRS and later. The USA threatens, China resists, Europe looks for compromises.

The policy continues to press on dynamics of capital assets and the European calendar sated with meetings is hardly able to add a positive to the markets.

The markets have almost not noticed emergence in Trump's team of 70-year-old Larry Kudlow: a celebrity in the financial sphere and the active insider (in the past) is appointed the senior adviser for questions of economic policy and the director of the National Economic Council. For example, Tillerson's dismissal has caused a more active reaction in the markets. However, now there is a chance to reduce the probability of introduction of wide trade sanctions against the EU.

Trump has performed with new attacks to FBI and process of investigation; the president actively looks for an occasion somehow to pressure Mueller. Actions of the special prosecutor said that «excavation» of a problem has come very close to Trump and will proceed, at least, several more months.

Increase in a rate of FRS on 21 March is put in the price, market expectations are 100%; force majeure isn't expected. There are two moments of interest in Powell's press conference: the growth of economy and inflation. Remind: Powell isn't an economist, and he doesn't attach key significance to the risk of overheating of the labor market. This is main difference of the new head of the Federal Reserve from Yellen and it is obviously not in favor of the dollar.

Today the growth of inflation in the USA is obvious and the strong dollar would be favorable to FRS. If Powell isn't afraid to be honest, then he will tell that the trade wars and the migration politician of Trump demand a more active increase in rates of FRS. It will allow to the dollar to grow on the escape from the risk. If Powell answers in Mnuchin's style (the weak dollar is favorable from the point of view of trade), the dollar will steeply fall and the markets will obtain one more occasion to doubt the independence of FRS.

Despite already habitual personnel cartoons in the White House, the focus of the events connected with Trump is held by trade wars. On 23 March the period during which the countries can receive a release from an increase in «metal» duties comes to an end. The markets prepare for the worst, nevertheless, negotiations are conducted and, most likely, the term will be either prolonged, or the countries which have agreed to a revision of trade agreements will receive an exception.

In spite of the fact that rare (but reasonable) voices are distributed in the EU concerning the European duties are really higher similar in the USA, the aggressive resistance of Merkel stops any offers to revise the trade agreement of the EU and the USA. But if the EU has a chance to receive a delay, then China can not expect on it. According to the insider from the White House, Trump prepares increase in duties on the production of China and restriction of investments for a total amount not less than $60 billion. Countermeasures of Beijing, for example, concerning the Boeing, can lead to strong falling of the stock market of the USA.

Formation of the coalition government of Italy remains interesting only to a narrow circle of the European politicians. Consultations of leaders of parties with the president of Italy will begin after the elections of speakers of both chambers of parliament on 23 March. From improbable gossips, it can be marked out only the idea that parties «5 stars» and North League have reached the agreement on a change of an electoral right with carrying out new elections in October − such option would be most negative for euro.

The current week will be decisive for pound. The summit of leaders of the EU has to create the final agreement on a transition period, but there is no consent on the border with Ireland yet, and the idea of a special-purpose committee of the British parliament about the extension of terms of decision-making isn't taken seriously by European Commission. Especially as this committee consists generally of opponents of Brexit who can be accused of delay in process easily. Information on the course of today's meeting of Barnier and Davies can clear a situation.

In the EU consider that any present agreement will be conditional before the conclusion of the new trade agreement, that is until October. At the moment, if the formation at least the basic document, the pound will create a local bottom, and the further potential of growth depends already on details of new trade conditions. The rhetoric of BOE at a meeting on Thursday depends on economic data: the report on inflation on Tuesday, the report on the labor market on Wednesday and retails on Thursday.

Also, we will mark events of the current week:

Statistically: in the USA (except FRS) we analyze data on the sector of the real estate and PMI; on the Eurozone − PMI of the industry, indexes of Germany − ZEW and IFO and certainly, all statistics and political news concerning the pound. It will be obligatory for Draghi to give comments to the press during the G20 summit and leaders of the EU.

We listen carefully everything that belongs to China: if Beijing announces the program of countermeasures − it is necessary to expect an escape from risk in all Asian assets; if China manages to postpone the introduction of trade sanctions, then interest to purchase will amplify. 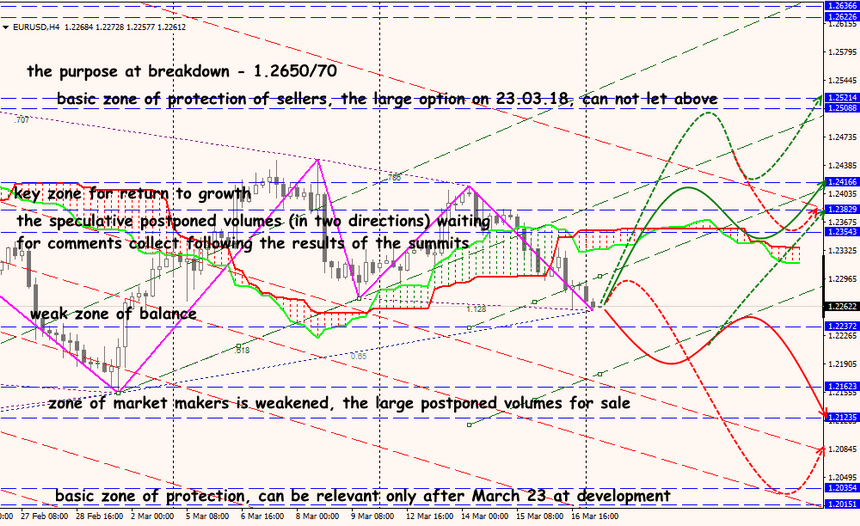 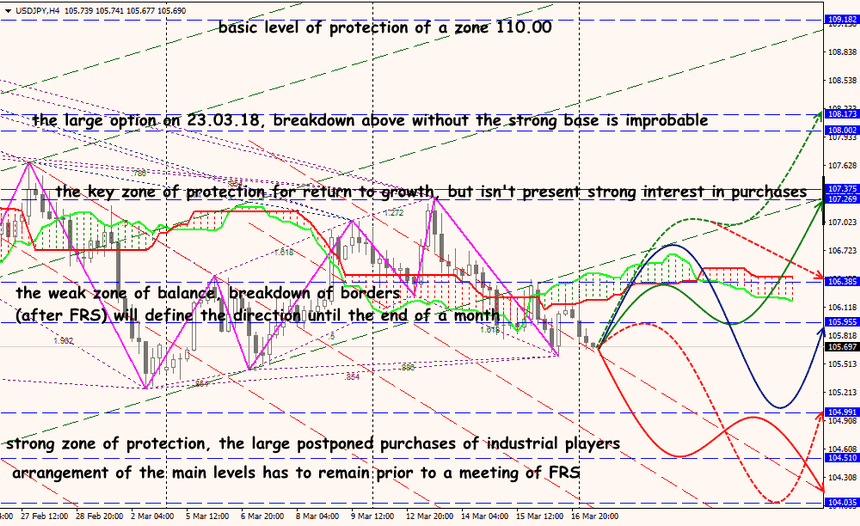