The next two weeks will be eventful which are simply has to lead to the growth of dollar.

The summer mood is felt in the market.The pound holds leadership in volatility and keep suffer from disagreements in the Bank of England.

Carney surely declares that there is no time for increase in a rate yet, but the chief economist and some members of the committee have absolutely different opinion. Analysts consider that the rate of BOE will be raised in August.

One year after the referendum, it is necessary to tell that contrary to forecasts of experts, the economy of Britain remained afloat, and the easy negative in the form of inflation growth has appeared only in the current year. At the same time depreciation of pound has done good to local exporters and all economy. The beginning of negotiations of EU/Brexit has passed in favour of Europe, Britain had to agree with the schedule and priorities of the EU in order of questions (including – monetary compensation). Sessions of negotiations will take place within one week of every month from the beginning on July 17, on September 18 and on October 9.

Problems with formation of the government coalition of May`s conservatives and DUP party became a strong negative for pound, but agreement signing till June 29, that is before final vote in parliament in respect to the program of work of the government is expected. The positive turn of pound was supported by the speech of the Queen and May`s performance at the summit of the European Union. The Prime Minister has promised a guarantee of the rights and freedom of movement for citizens of the EU after Brexit on a constant basis.

Meanwhile the clock is ticking in the U.K. May has about a week to prevent her government from falling apart. If May doesn’t strike a deal with the DUP (apparently they even held «secret talks» with the Labour and Liberal Democrats to pressure May) by then and loses the vote, she could be forced out of power. This catastrophic outcome would create major political uncertainty that could send GBP/USD back down to 1.26.

There aren't enough fundamental drivers for the stable movement of Euro, though it managed to level more than a half of the falling, thanks to the fact that the dollar has keep to fall against the background of the failed oil and the stock market of the USA. The picture was worsened by the report of the ECB in which risks from Trump's economy and danger of the military conflicts have been specified by separate points that demands from the Central Bank the low interest rates and constant volumes of repayment of assets.

Last week the ECB has pleased with the insider: as the Central Bank can buy no more than 33% of state treasury bills of one country, and at preservation of the current volume (€60 billion) available German papers will reach a limit to summer of the next year, at QE volume reduction the members of the European Central Bank will proceed from the limited amount of purchases of state treasury bills of Germany. Despite Draghi's participation in actions on Monday and Wednesday, you shouldn't wait changes of the general rhetoric. The European statistics was insufficiently positive to compensate interest in sales - from opening of day of EUR/USD has lost about 30 points and pressure upon euro amplifies.

The new season of a debate on health care reform of the USA opens today, final vote is appointed to June 29. Real ratification can take more time, but anyway it needs to manage to be made till July 4, till week vacation of the Congress. The vote failure in the absence of support of democrats can prevent the Congress to pass working on tax reform.

We will remind, the main point of tax reform remains the boundary tax and though in Trump`s bill it is accurately not specified, but the speaker of the lower house of the Congress Paul Ryan insists on its inclusion. Trump`s administration may not be other choice because the refusal of democrats won`t allow ratifying health care reform with the negative income.

Besides, the subject of such tax will be discussed during the summit of the G20 on July 7-8 together with the new Trump`s idea − to raise taxes on steel import in the USA. Both of «ideas» will lead to claims in the WTO, first of all, from Germany − Merkel isn`t going to miss such blow on the eve of elections to the parliament, it can become the beginning of serious trade war.

By results of survey conducted on Saturday by the largest Japanese newspaper Yomiuri Shimbun, the rating of approval of activity of the government has fallen by 9% to a historical minimum to 39%. The main reason of discontent respondents called impossibility to trust personally mister Shinzo Abe.

The yen have been taken a serious shock in connection with FRS`s intentions to continue a monetary policy normalization cycle, without paying attention on delay of inflation and GDP, but has managed to win back a part of losses against the background of a collapse in prices for oil. Investors aren`t confused yet by the fact that BOJ buys several months assets less than for ¥80 trillion while inflation is still far from the level of 2%. The dynamics of yen still sluggish, there is no own drivers yet so we watch dollar.

From interesting news of the world of cryptocurrencies we will note the following:

It is worth paying attention: on Tuesday Yellen acts, the performance subject – world economy, a form – a discussion, instructions on prospects of monetary policy of FRS isn`t expected, but the markets will hardly sell dollar prior to a performance – memories of hawk rhetoric of the head of the Federal Reserve on June 14 are still fresh.

On Wednesday, after the Poloz`s speech, the head of the Bank of Canada, and data on oil reserves the volatility of dollar can be essential. On statistics it is necessary to trace data on GDP for the I quarter: on Thursday – the USA, on Friday – Great Britain and Canada. 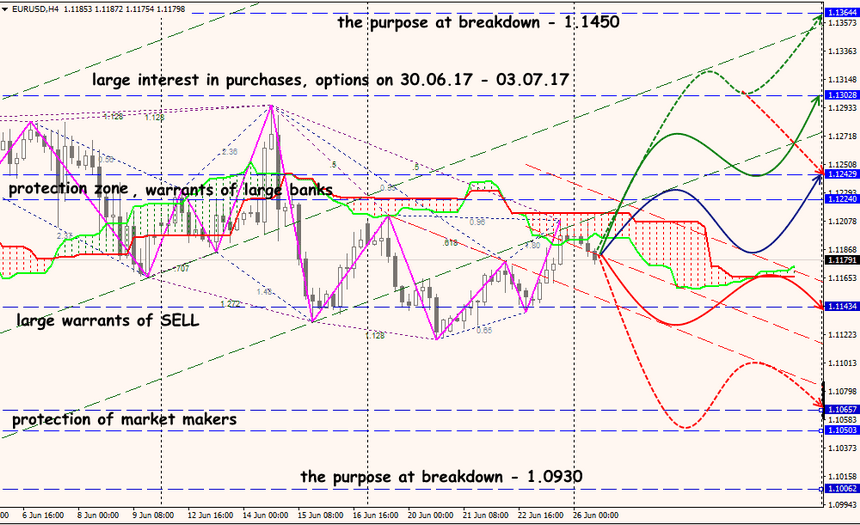 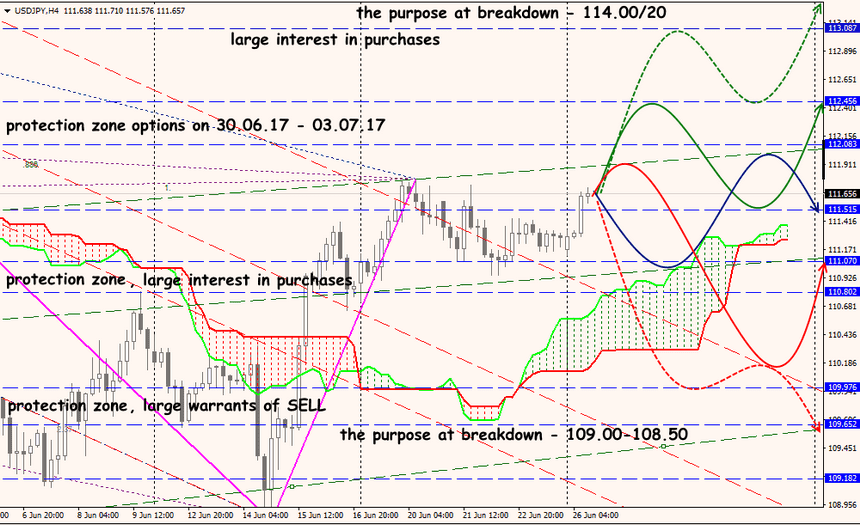